While pizza purists among us might say that adding anything except the basic ingredients to pizza dough is wrong, sometimes the urge to experiment gets in the way of tradition. Next thing you know, there's a Reuben pizza with a rye crust or a sweet-crusted deep-dish dessert pizza on the table.

Not that I'm encouraging that sort of aberrant behavior, but if you're going to start flinging things into your pizza dough, you might as well do it armed with a little bit of knowledge about what might happen. This is also a handy list to have on hand if your dough has somehow gone awry and you want to try to salvage or repurpose it.

While many possible additions, such as seeds, are mostly benign when it comes to the behavior or structure of dough, others can have a dramatic impact on the yeast or gluten in your dough and thus, your finished product.

This is by no means a complete list of the things you might throw into a dough in a moment of whimsy, but here, in alphabetical order, are some fairly common items you can add, and how they affect your dough.

Ascorbic acid: Strengthens the gluten. Dough can be baked at a higher proof level when ascorbic acid is added. Typically recipes that call for ascorbic acid use about a teaspoon per average loaf.

Baking powder: Some breads include this as a secondary leavening agent. A teaspoon per cup of flour is about the maximum you'll find in most recipes.

Beer: Creates a supple dough. Depending on the recipe, beer can be substituted for just some—or all—of the liquid in a bread recipe.

Butter, oil: Lubricates the gluten and increases loaf volume. Bread will have a softer crumb and crust, and a longer shelf life. You get a better gluten development if the fat is added after the dough has been kneaded. If fat (particularly solid fat) is added to the dough too early, it can coat the flour and keep the gluten from forming. Too much fat will result in a compact loaf because the fat over-tenderizes the dough and retards yeast.

Buttermilk: Strengthens the dough. Like beer, this can be used as some or all of the liquid in a recipe.

Cinnamon: Increases yeast activity in small amounts; retards yeast in larger amounts. The amount used in bread dough depends on how much flavor is desired, but when a strong cinnamon flavor is required, it's usually incorporated into the recipe in the form of a cinnamon-sugar swirl rather than being mixed into the bread. Recipes tend to use anywhere from 1/4 teaspoon up to a tablespoon of the spice per average loaf of bread.

Cardamom: Increases yeast activity. Since it adds a distinct flavor to the bread, the amount depends on the flavor desired, but typically it's about a teaspoon per loaf of bread.

Diastatic malt (malted barley flour): Converts starch to sugar; helps feed yeast. Too much will result in sticky gummy bread, and an overbrowned crust. About a tablespoon per loaf of bread is typical.

Dry mustard: Inhibits yeast activity. Like any spice, the amount used would depend on the recipe, but since it inhibits the yeast, it should be used sparingly.

Eggs, whites only: Lighter texture. Can be used to replace some of the liquid in a bread recipe—one or two whites per loaf.

Eggs, whole: Enriches dough. Also, dries dough out; egg-rich doughs usually have a lot of sugar, which retains water to counteract the drying effect. The use depends on the recipe, but adding one egg to a typical loaf of bread adds enrichment without requiring the added sugar.

Garlic: In small amounts, helps the yeast, and make dough easier to roll. Acts as a preservative, and deters mold and bacteria. Since garlic is a strong flavor, use is more dependent on what the finished pizza or bread is supposed to taste like.

Gelatin: Helps texture and moisture. One teaspoon per loaf is enough.

Honey: Adding honey instead of sugar results in a more golden crust, keeps bread moist. Honey has antibacterial properties and retards mold. Some honeys can kill yeast, so it's wise to proof the yeast with any new jars of honey. A tablespoon per loaf, replacing the sugar, is enough to detect the honey in the bread.

Lecithin: Extends shelf life, preserves flavor. More lecithin softens the crumb; and produces a finer texture and more tender crust. Lecithin is in egg yolks and can be purchased as a powder or granules. As an add-in to bread, it's typically used in small amounts—just a teaspoon or so per loaf.

Mashed Potatoes: Left over mashed potatoes or instant mashed potatoes are one of my secret ingredients in bread. They make the bread soft and fluffy. I keep the instant on hand at all times, and when I buy, I look for the ones with the fewest ingredients. I've been lucky enough to find some that are nothing more than dried potatoes. One-quarter cup per loaf of bread is enough to make the dough fluffy.

Milk (liquid): Strengthens gluten, helps crust brown, softens the crumb. An enzyme in milk slows the growth of the yeast and it can break down the protein in the flour and weaken the dough. Scalding the milk destroys this enzyme. Like beer or buttermilk, it can be used to replace some or all of the liquid in a bread recipe.

Non-diastatic malt (barley malt syrup): Flavor and sweetness only. Does not affect the yeast. Used to replace sugar in a recipe, about 1 tablespoon per loaf is typical.

Nutmeg: Increases yeast activity. Another strong-flavored spice, use depends on the flavor desired, starting at about 1/4 teaspoon per loaf.

Pectin: Adds moisture and can replace fat in bread. 1 teaspoon per loaf is enough.

Potato water: Keeps bread moist. This can be used as a substitute for some or all of the liquid in a recipe.

Salt: Regulates yeast, strengthens and tightens gluten. Too much kills yeast; tight gluten can make dough harder to knead, so some people add the salt after the dough has been kneaded for a while; others think that it's too hard to distribute the salt if it is added too late. On average, one teaspoon per loaf of bread.

Sour cream: Strengthens the gluten, and tenderizes crumb. Can be used to replace some of the liquid in a recipe. About 1/4 cup per loaf is typical.

Soft cheeses: Adds moisture and flavor. Up to 1/2 cup per loaf is typical.

Sugar: Feeds yeast, holds in moisture, keeps crumb softer, keeps bread fresher. Too much can retard the yeast. About 1 tablespoon of sugar is typical. It's not necessary to use any sugar, and more can be used for sweeter breads.

Thyme: Increases yeast activity. Like other spices, the amount used depends on the amount of flavor desired. Herbed breads might have as much as a tablespoon of herbs in a loaf.

Vinegar: Strengthens gluten and helps dough to rise higher. May enhance yeast activity in small amounts, or is at least unharmful. Retards yeast in large quantities. From a teaspoon to a tablespoon per loaf is typical, depending on the flavor desired and the vinegar being used.

Vital Wheat Gluten: Can be added to non-wheat flours. One tablespoon per cup of flour is enough. You don't want to add too much gluten or it will adversely affect the texture of the dough. It's generally not needed in breads that are made primarily of wheat flours.

For any of these additions, the amount used depends on what you're trying to achieve and also on what other ingredients are involved. If you're experimenting, it's best to start with smaller amounts and work your way up. 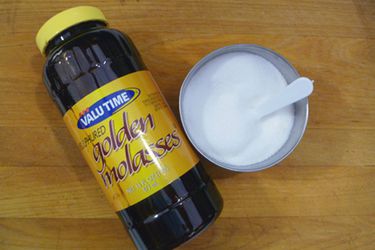 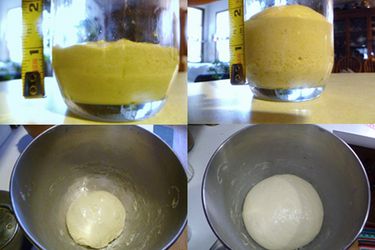 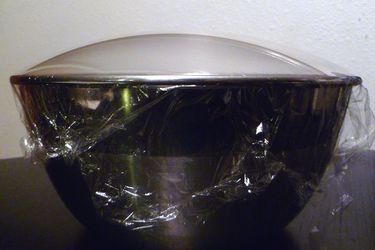 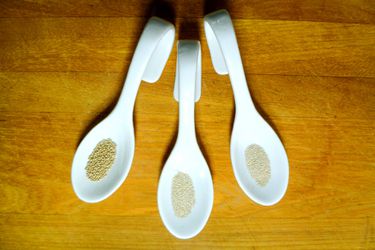 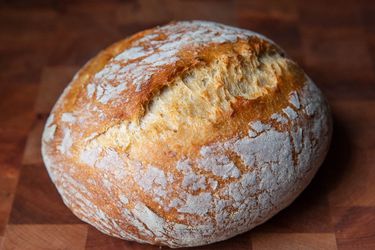