I'm gonna come right out and say something that I'm sure you won't all openly agree with: McDonald's french fries are great. At their best, they are everything a french fry should be: salty, crisp, light, and not greasy. To be absolutely honest, I've never been able to make fries as good as theirs (shhhhh!).

The traditional double-fry method is certainly an acceptable way to make french fries, but it's far from foolproof. For one thing, the fries inevitably come out too brown—some times massively so. For another, they lose their crunch within a few minutes after coming out of the fryer. To give this method an overhaul, I knew I couldn't do what the McDonald's Corporation did and spend millions of dollars researching exactly how to accomplish fry perfection time after time anywhere around the world, so I decided to go with the next best alternative: steal their recipe.

I brought fries home from the store in their fully frozen state so that I could examine their surface for clues on how they were parcooked, as well as attempt to fry them myself at home to discover if there is any secret in the McDonald's fry oil.

The first thing I noticed was the surface texture of the fries. They seemed smooth, but on closer inspection, I noticed that they were dotted with tiny tiny bubbles, indicating that they had definitely been fried at least once prior to arriving at the store. It's these tiny crisp bubbles that increase the surface area of the fry, making it extra crunchy. I measured them with calipers and found that they were precisely 1/4-inch thick. A good size for optimizing crust to interior ratio.

McDonald's used to fry their potatoes in beef tallow, giving them extra flavor and making them extra crisp, but they stopped doing that years ago. But perhaps there's still something magic about their oil? To test this, I fried up a batch of the frozen fries in 375°F (190°C) peanut oil, letting them cook for about 3 minutes before draining, seasoning, and tasting.

They were just as perfect as the fries at the store. That answers one question: there is no magic in the oil. Something must be done to those potatoes during the pre-processing that makes them unique.

For the next phase, I started doing some research and caught a lucky break by finding an article that essentially runs through the whole process of what goes on in a McDonald's potato processing plant as told by LeAron Plackett, a thirteen-year-long employee:

"The fries are then flumed out of the A.D.R. room to the 'blancher.' The blancher is a large vessel filled with one hundred and seventy degree water. The trip through the blancher takes about fifteen minutes.... After the fries leave the blancher, they are dried and then it's off to the 'fryer,' which is filled with one hundred percent vegetable oil. The oil is heated to three hundred and sixty five degrees and the fries take a fifty second dip before being conveyed to the 'de-oiler shaker,' where excess oil is 'shook off.'"

So McDonald's does indeed use a double-fry method, but it's far from the traditional one. Rather than a slow, low temperature fry for the first round, the fries get dunked into very hot oil for only 50 seconds (the second fry is then carried out at the actual location). In addition to this, the potatoes get a pre-fry blanching step in hot water. What could the purpose of this be?

To answer that question, it's important to understand exactly what happens when a french fry is cooked.

Balancing Pectin, Starch, and Sugars for A Perfect Fry

Like all plants and animals, potatoes are composed of cells. These cells are held together by pectin, a form of sugar that acts as a type of glue. These cells also contain starch granules—tiny sacs that resemble water balloons, as well as simple sugars. When these starch granules are exposed to water and heat, they begin to swell, eventually bursting and releasing a shower of swollen starch molecules. Now the problem is, in order to get the ideal crust, all three of these elements must be in the proper balance, and the proper state. Too many simple sugars, and your potato will brown long before it crisps. If pectin has broken down too much before the starch granules have had a chance to burst and release their sticky innards, your potatoes will either fail to form a crust, will fall apart before it gets a chance to, or in the worst case will cook up completely hollow, like this:

That's not a good thing.

Pre-cooking the fries in a water bath the way McDonald's does accomplishes two goals. First, it rinses off excess simple sugars, helping the fries attain a light gold color, instead of a deep dark brown. Secondly, it activates an enzyme called pectin methylesterase (PME). According to an article in the Journal of Agricultural and Food Chemistry, PME induces calcium and magnesium to act as a sort of buttress for pectin. They strengthen the pectin's hold on the potato cell's walls, which helps the potatoes stay firmer and more intact when cooked to a higher temperature. That's why the surface of a McDonald's fry looks the way it does: rather than blistering into large bubbles like a traditional double-fried french fry does, the reinforced walls form the super-tiny bubbles that give them their extra crunch.

Now, like most enzymes, PME is only active within a certain temperature range, acting faster and faster as the temperature gets higher until, like a switch, it shuts off completely once it reaches a certain level. 170°F (77°C) is just under that cutoff point.

The most obvious way to replicate this process is just to copy McDonald's exactly: cook the potatoes in a precisely maintained 170°F water bath for 15 minutes. This is easy to accomplish if you own a sous vide device, but what about for those poor souls who don't have a temperature-controlled water bath? And more importantly, now that I've got the fries down, could I make them even better? I mean, they taste fantastic now, but we all know that McDonald's fries get soggy pretty darn fast. If these fries were really going to be perfect, I'd have to address that issue.

To solve the first problem, my initial thought was to start the potatoes in cold water, and slowly bring it up to a simmer. My hope was that by doing this, they'd spend enough time under the 170°F cutoff point to improve their structure adequately. No dice. The potatoes were certainly better than ones dunked straight into the fryer, but they didn't come close to the originals. Next I tried adding a measured amount of boiling water to a pot containing the cut potatoes. I calculated exactly how much water I'd need in order for it to equilibrate to 170°F. It worked a little better, but the water temperature dropped off too quickly for it to be effective. Was I gonna have to break out the beer cooler for this one? There had to be another way.

That's when I thought—perhaps there is another way to strengthen pectin without having to rely on some fickle enzyme (I've never liked enzymes anyway), and it struck me: apple pie.

What's this got to do with french fries? Well everyone who's ever baked an apple pie knows that different apples cook differently. Some retain their shape, while others turn to mush. The difference largely has to do with their acidity. Thus super tart apples like Granny Smith will stay fully intact, while sweeter apples like a Macoun will almost completely dissolve. Just like a potato, apple cells are held together by pectin. Moral of the story: acid slows the breakdown of pectin.

What if rather than trying to fiddle with temperature, I just relied on the use of acid to help the potatoes keep their structure?

I tried bringing two pots of cut potatoes to a boil side by side, the first with plain water, and the second with water spiked with vinegar at a ratio of one tablespoon per quart.

The fries boiled in plain water disintegrated, making them nearly impossible to pick up. On the other hand, those boiled in the vinegared water remained perfectly intact, even after boiling for a full ten minutes. When fried, they had fabulously crisp crusts with tiny, bubbly, blistered surfaces that stayed crisp even when they were completely cool.

Getting Inside the Fluffy Interior

Now that I'd perfected the crust, the final issue to deal with was that of the interior. In order to stay fluffy and not gummy, a lot of the interior moisture needs to be expelled in the cooking process, so my goal should be to make this evaporation as easy as possible. I figure that so far, by cooking it all the way to boiling point, I'm doing pretty much the right thing—the more cooked the potatoes are, the more the cell structure breaks down, and the easier it is for water to be expelled. To confirm this, I cooked three batches of potatoes, starting each in a pot of cold, vinegared water, and bringing them up to various final temperature (170°F (77°), 185°F (85°C), and 212°F (100°C)) before draining and double-frying them. Not surprisingly, the boiled potatoes had the best internal structure. Luckily, they were the easiest to make as well.

But was there anything more I could do to improve the fries? I thought back to those McDonald's fries and realized a vital step that I had neglected to test: freezing. Every batch of McDonald's fries is frozen before being shipped out to the stores. I always figured this step was for purely economic reasons, but perhaps there was more to it?

I tried freezing half a batch of fries before frying them and tasted them side-by-side against the other half.

The improvement was undeniable. The frozen fries had a distinctly fluffier interior, while the unfrozen ones were still ever-so-slightly gummy. It makes perfect sense. Freezing the potatoes causes their moisture to convert to ice, forming sharp, jagged crystals. These crystals damage the cell structure of the potato, making it easier for them to be released once they are heated and convert to steam. The best part? Because freezing actually improves them, I can do the initial blanching and frying steps in large batches, freeze them, and have a constant supply of ready-to-fry potatoes right in my freezer just like Ronald himself! 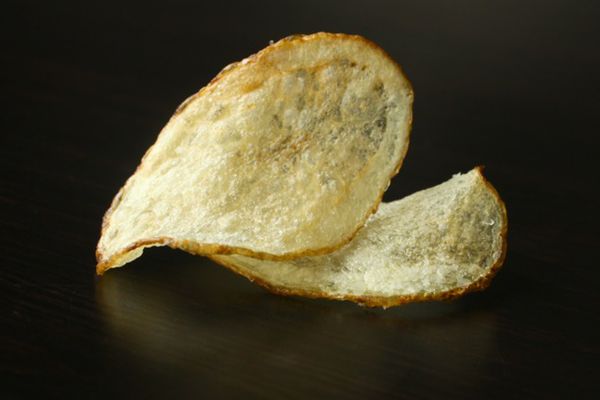 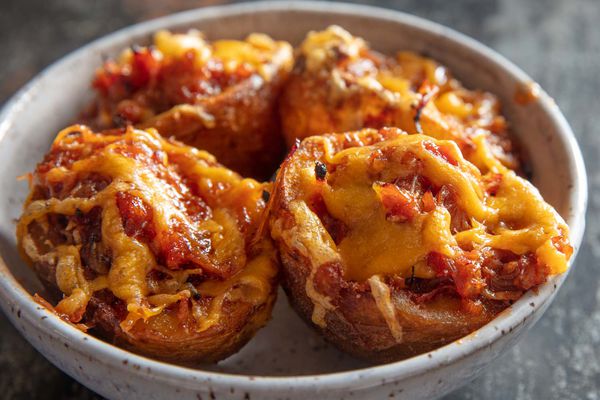 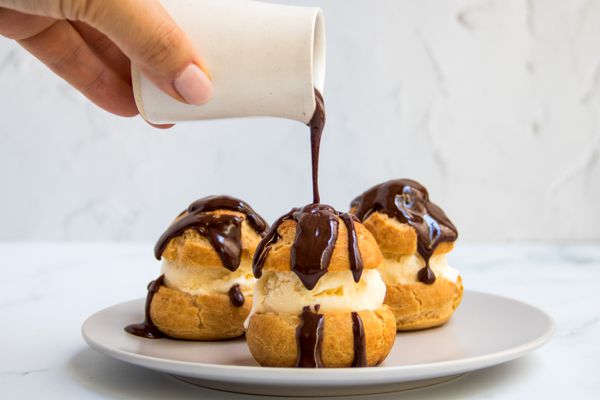 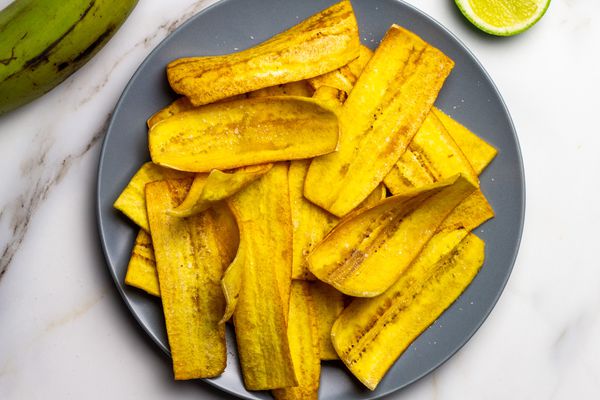 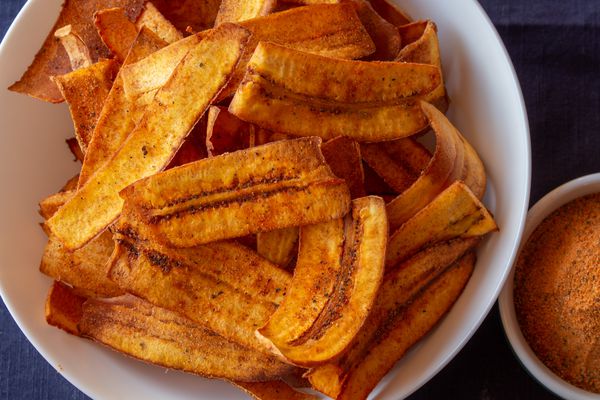 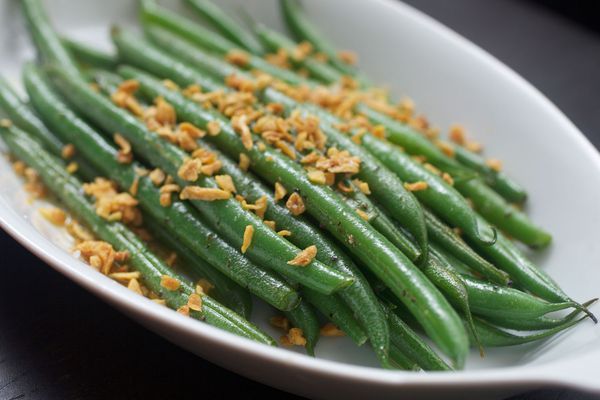