"This was one of those moments where I couldn't believe something that looked this professional came from my stove."

A month into Cathy Erway's eating-in experiment she decided to learn how to make her own bread. While Cathy was no slouch in the kitchen, she had never baked with yeast.

With a successful first batch of squash rolls under her belt, another recipe caught her eye: Jim Lahey's No-Knead Bread featured in the New York Times. This revolutionary technique required a little planning ahead but barely any hands-on time, and no strenuous kneading.

Around the same time, Cathy's friends over at The Brooklyn Kitchen were hosting a no-knead bread competition. She decided to enter with her take on the recipe, a version that substituted potato cooking water for plain water and added spicy cracked black peppercorns to the mix.

Although it was the first loaf of no-knead bread that Cathy had attempted, her loaf tied for first place and ended up in food writer Jeffrey Steingarten's no-knead bread feature for Vogue magazine.

After reading about Cathy's winning loaf in The Art of Eating In I tried it myself.

The first order of business: boil potatoes and reserve the cooking water to make the dough. With sufficiently starchy water (and potatoes for dinner) I set about mixing the yeast, flour, salt, and cracked pepper into a dough. The dough was just as shaggy and sticky as Cathy had promised. I set it aside for the rest of the evening.

The next morning it looked like a sticky mess. I dusted it with Parmesan and left it to rise for an additional two hours.

When it came time for baking, I placed the ball into a preheated Dutch oven. Fifteen minutes later, a distinctly bready aroma began to emanate from my oven. A mix of yeast and cheese, it almost smelled like pizza baking.

Exactly 35 minutes later, I pulled a perfectly golden brown loaf of crisp-crusted bread. Once it cooled down, I started slicing. It was truly amazing—the hard crust and chewy interior were no different from the fanciest loaves of artisan bread that I have a habit of buying.

And the first taste was a revelation: spicy, yeasty, and insanely delicious. This was one of those moments where I couldn't believe something that looked this professional came from my stove

Win The Art Of Eating In

As always with our Cook the Book feature, we have five (5) copies of The Art of Eating In to give away this week. 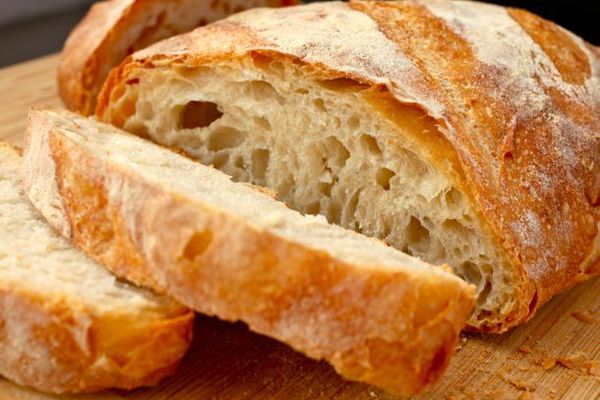 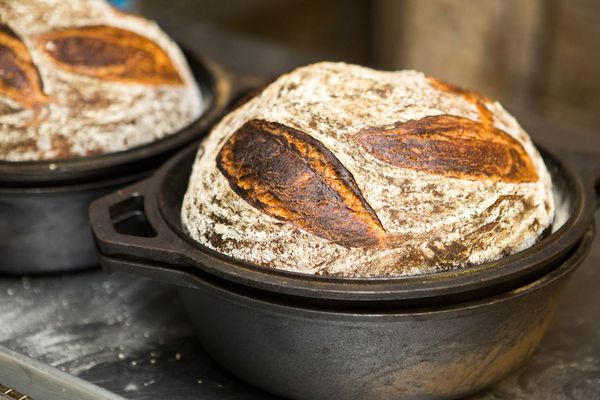 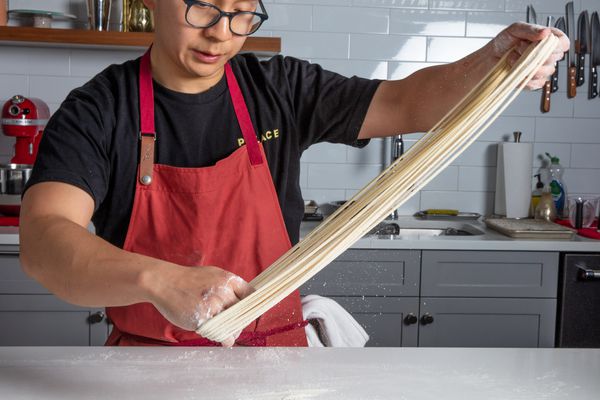