An earthy and smoky pasta dish rich with mushrooms, tomato, cream, and bacon.

Daniel Gritzer
Senior Culinary Director
Daniel joined the Serious Eats culinary team in 2014 and writes recipes, equipment reviews, articles on cooking techniques. Prior to that he was a food editor at Food & Wine magazine, and the staff writer for Time Out New York's restaurant and bars section.
Learn about Serious Eats' Editorial Process
(11)
0

With the mushrooms browned, I add sliced onions, minced garlic, and some minced fresh thyme leaves—keep in mind that any woodsy herb, like rosemary, thyme, or sage, can work here. When the onions have softened and turned lightly golden, I add the bacon back to the pot, along with the reserved porcini-soaking wine. (Just be careful not to let any sediment from the mushrooms into the pot, since it can sometimes be sandy.) 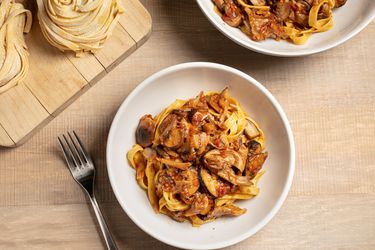 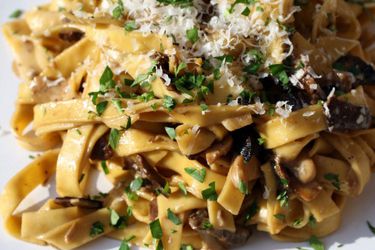 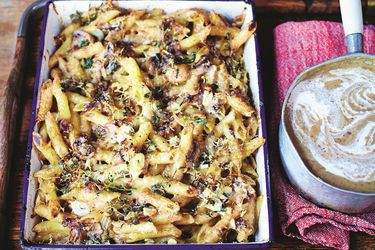