The peanut butter and jelly sandwich easily deserves a place in the Perfect Food Pantheon, alongside pizza, barbecue, and cheeseburgers. After all, it has everything we want and need in a food: It's creamy, sweet, smooth, or crunchy. It's fruity, satisfying, filling, relatively inexpensive, and pretty good for you to boot.

But when you decide to get the fixin's for a PBJ sandwich, the choices you're confronted by can be vexing, even bewildering. And here at Serious Eats we try to simplify your food life, so we decided to test peanut butters to honor all the PBJs that have sacrificed their lives in order for us to enjoy total PBJ freedom on National Peanut Butter and Jelly Day.

Let's start with the choice of bread. Rye or pumpernickel are not good delivery vehicles for PBJ. We stuck to Pepperidge Farm plain white bread for our taste test, although some people might argue that it's too soft to stand up to the heaviness of the peanut butter and the goopiness of the jam. But even after the bread issue is settled, you then have to face the PB and the J decisions. Jellies and jams are so complicated and there are so many choices that I decided to let Meg tackle that question with her tech-savvy brain percolating away mightily.

So let's get to the peanuty heart of the matter here. First of all, to simplify our lives, we decided to limit our testing to creamy peanut butters. We like crunchy peanut butter just fine, but even our stomachs have limits, so to save ourselves from supreme and profound discomfort, we just tasted creamy. Maybe we'll taste crunchy peanut butters next month or next year.

We tasted four processed peanut butters and four "pure," no-sugar-added peanut butters. Serious Eats general manager Alaina Browne was the designated sandwich-maker. She made one sandwich with each peanut butter, using Smucker's strawberry jam for the J component. Now we love Alaina here at Serious Eats world headquarters, but her PBJ sandwiches were too damn dainty. There wasn't enough peanut butter or jelly on them. What she made were PBJ tea sandwiches. When our tasting panel complained, Alaina blamed it on her mother: "My mom would have killed me if I put too much peanut butter on a sandwich." Her mother doesn't work at Serious Eats, so we sent Alaina back into the kitchenette to make the first set again.

So we decided that once we figured out which peanut butters we liked most, we would try to scientifically construct the perfect PBJ sandwich, one that was perfectly balanced, with the proper ratio of bread to peanut butter to jelly.

The four regular creamy peanut butters we tried were

We searched high and low for Peter Pan in Manhattan but could not find it.

Interestingly, the 365 Organic was cheaper than the other three. More important, it was the best-tasting peanut butter in the bunch. It had the freshest peanut taste and seemed to us as if it had less sugar and more salt than the others. Jif was the second place finisher. It had the smoothest texture and the most pleasant mouthfeel. It stuck to our mouths a little less than the others. Adam Kuban, Serious Eats's managing editor, sheepishly admitted that he liked the Reese's peanut butter as much as Jif, if not quite as much as 365.

The clear winner in this category was the Santa Cruz Organic. It tasted like very lightly salted, fresh-roasted peanuts. Not far behind was the Smooth Operator. Interestingly, it didn't taste quite as fresh as the Santa Cruz, even though it's made in a plant in Brooklyn, a few miles from Serious Eats world headquarters rather than 3,000 miles away, in Chico, California. So in this case, local didn't trump everything else.

A day later we got down with some hardcore science class/Harold McGeelike activity trying to come up with the proper ratio of bread thickness to peanut butter to jam.

Armed with measuring spoons and a knife, I discovered, much to my surprise, that the suggested servings printed on the peanut butter (2 tablespoons) and jelly (1 tablespoon) jars were perfect when spread on two slices of the Pepperidge Farm white bread. As you can see here, we were using classic scientific techniques in our serious PBJ experiment.

Adam and Meg pointed out that the Pepperidge Farm bread we had purchased was sliced thinner than many other brands. If thicker slices of bread were used instead, they cautioned, the same volumes of PB and J would not produce comparable results. They advised me to measure the relative thickness of all components with a ruler to determine a ratio that could be used with any bread thickness. That ratio is 1 : 0.6 : 0.3 : 1, as seen in the illustration here.

Still, even after quasi-scientific analysis, Alaina was unrepentant. "My mother would have never let me put that much peanut butter or jam on my sandwich."

And even as Meg chomped contentedly on my perfect-ratio PBJ sandwich, she agreed with Alaina. We were clearly experiencing a gender divide when it comes to PBJ sandwiches. "Yeah, same with my mom. But, damn, this sandwich is good." 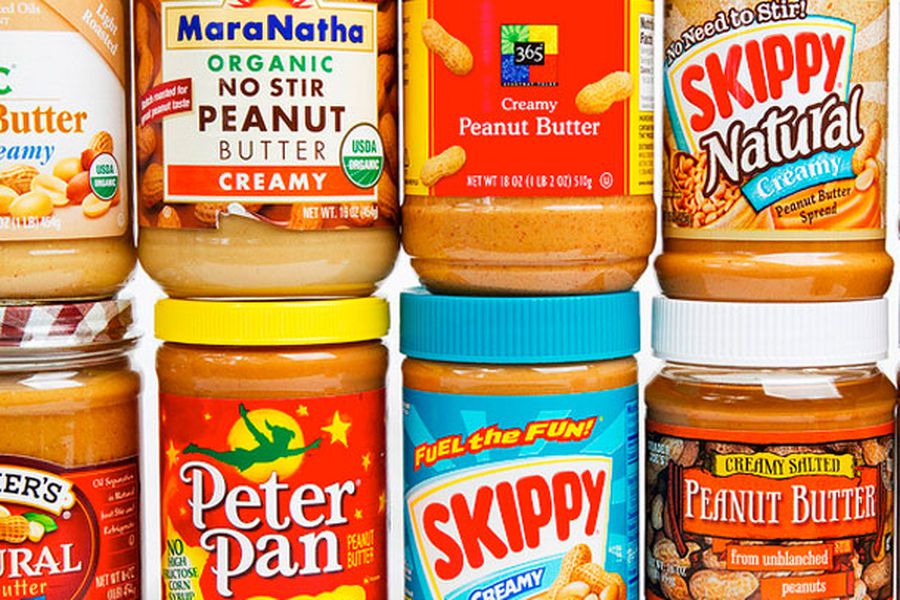 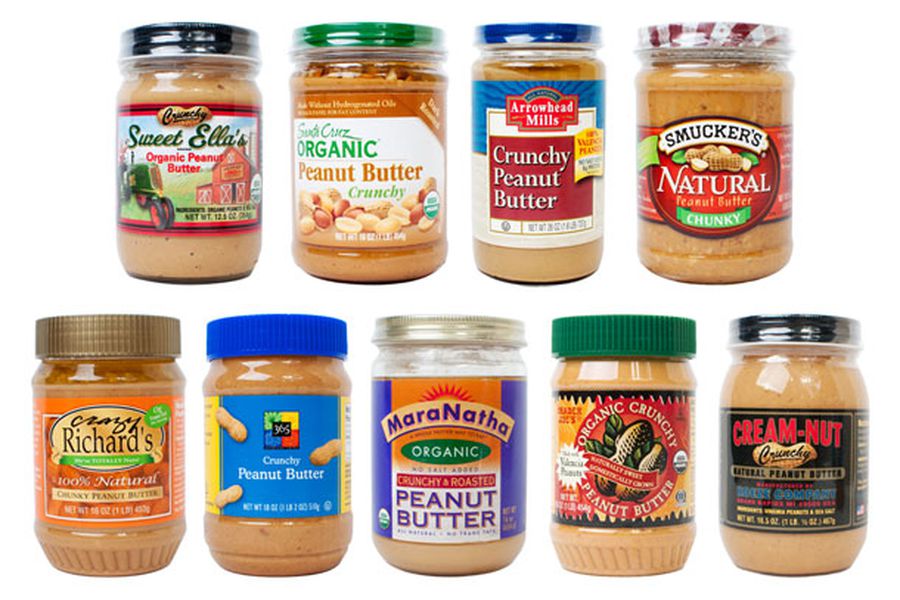 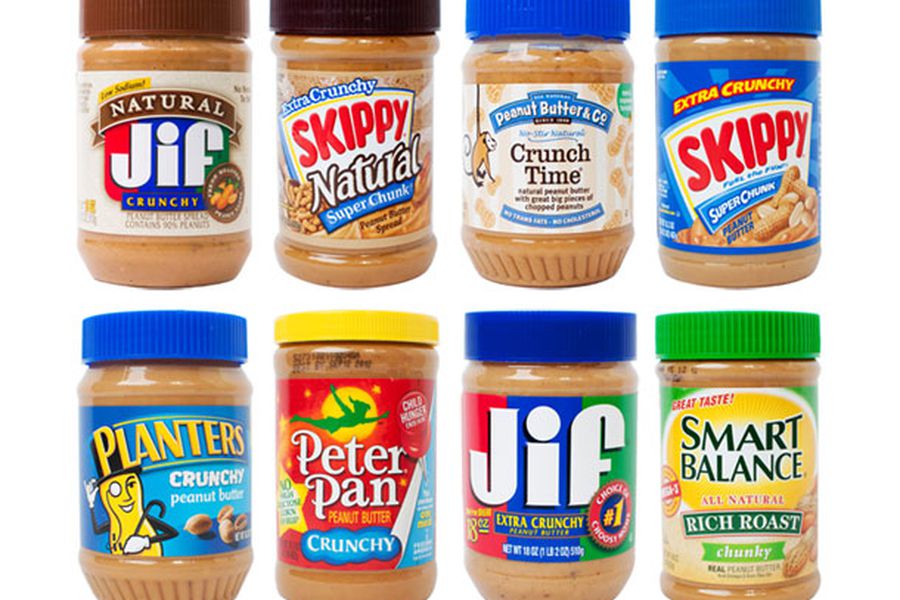 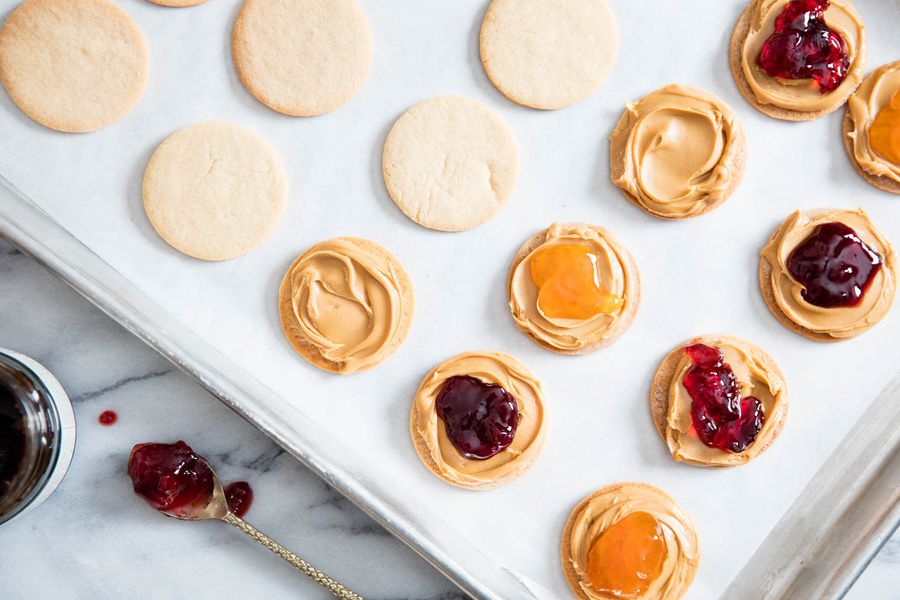 For Your Inner Child: Peanut Butter and Jelly Sandwich Cookies 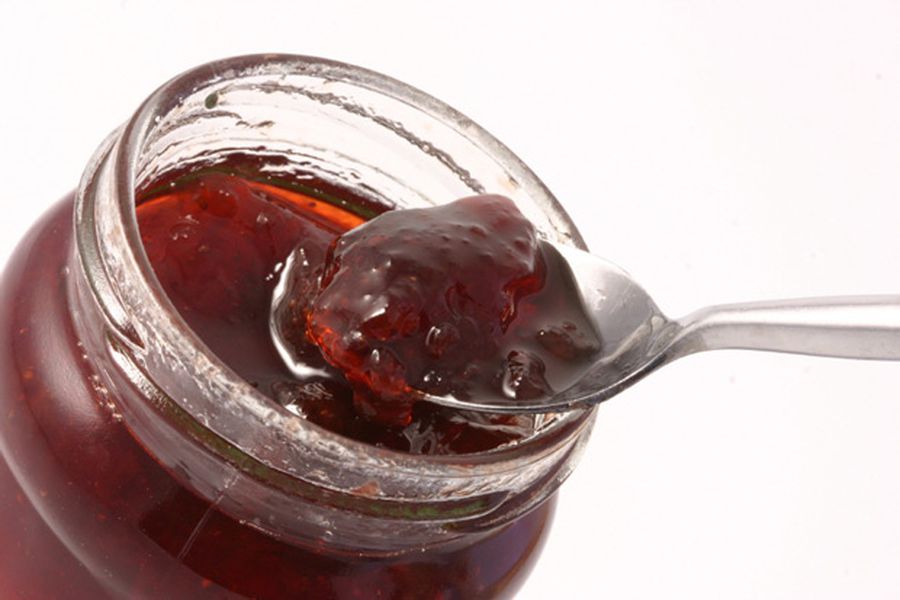 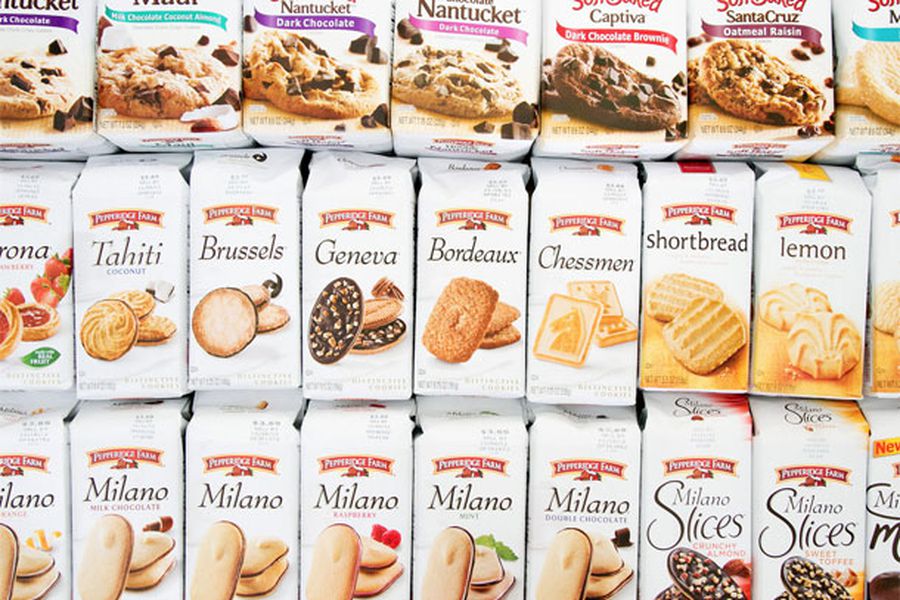 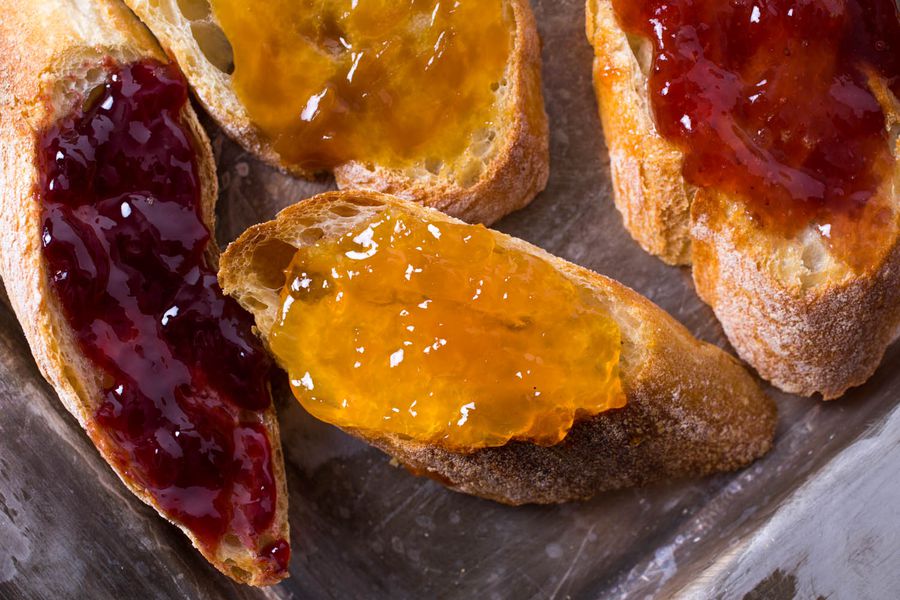 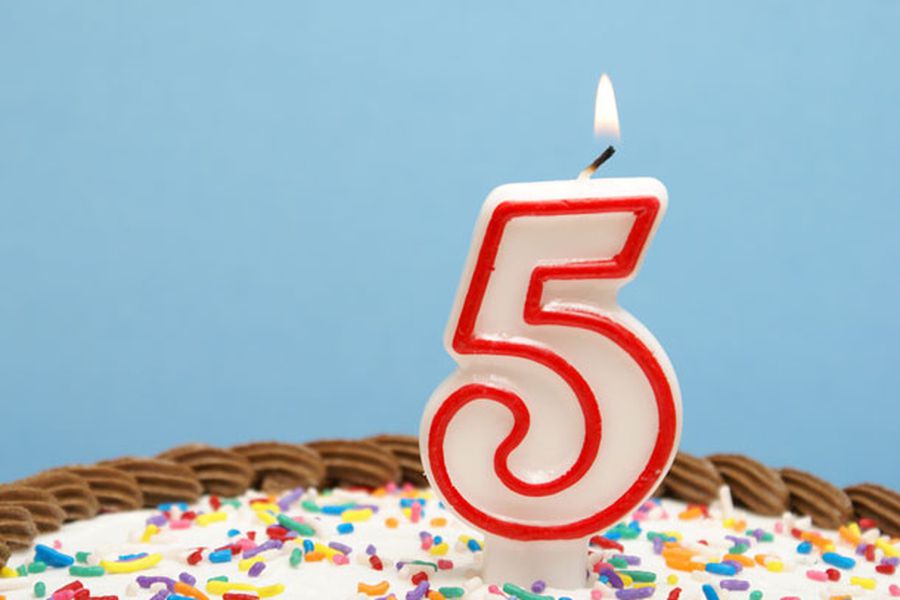 Serious Eats Is Five Years Old: Happy Birthday to Us! 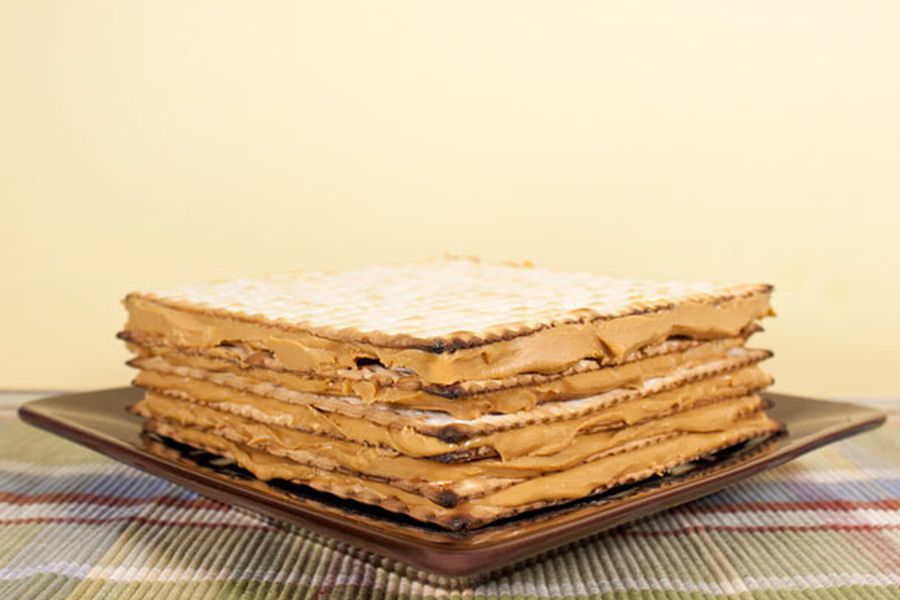 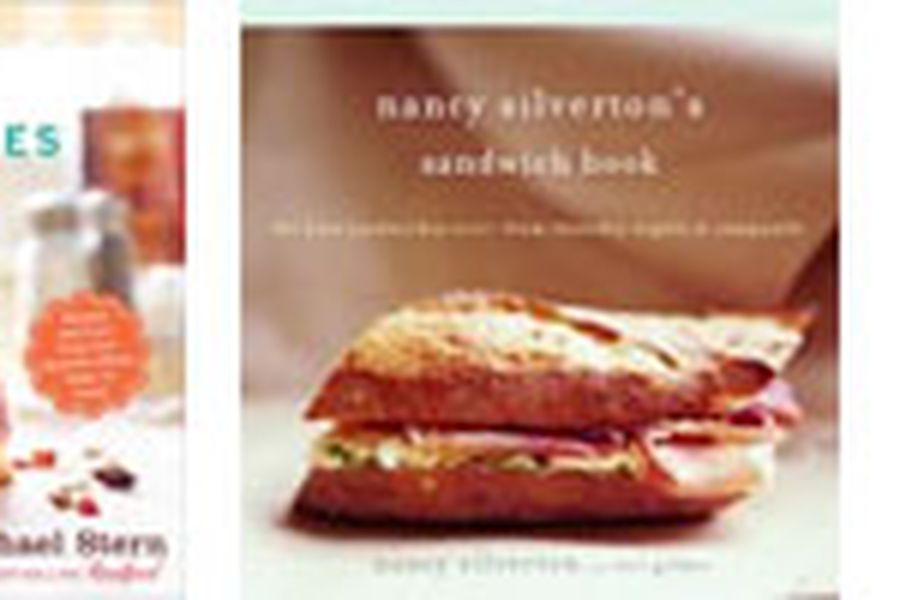 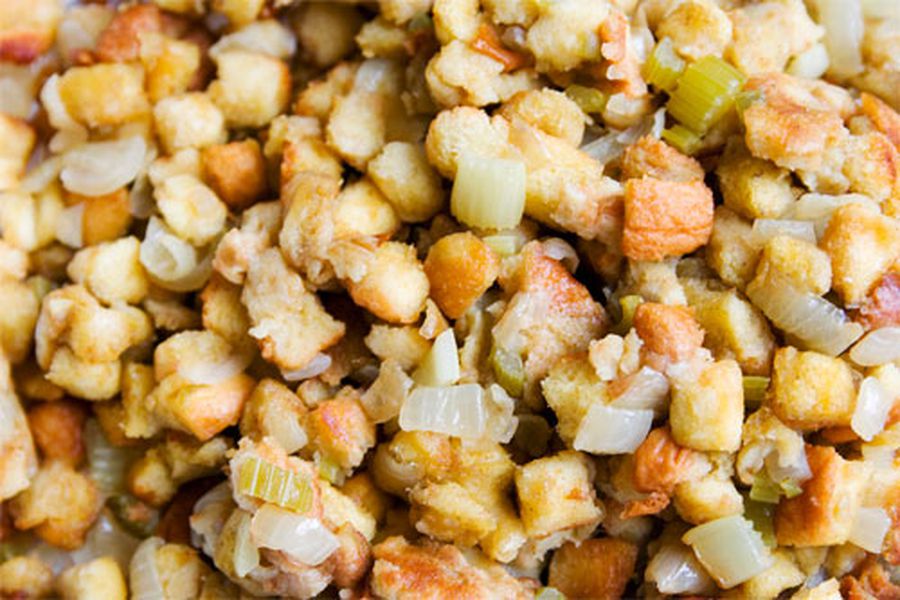 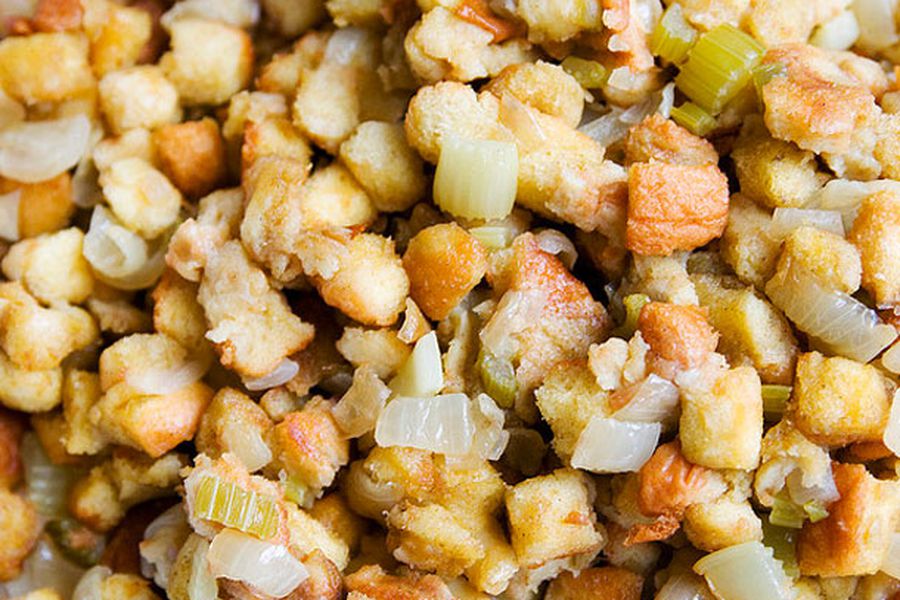 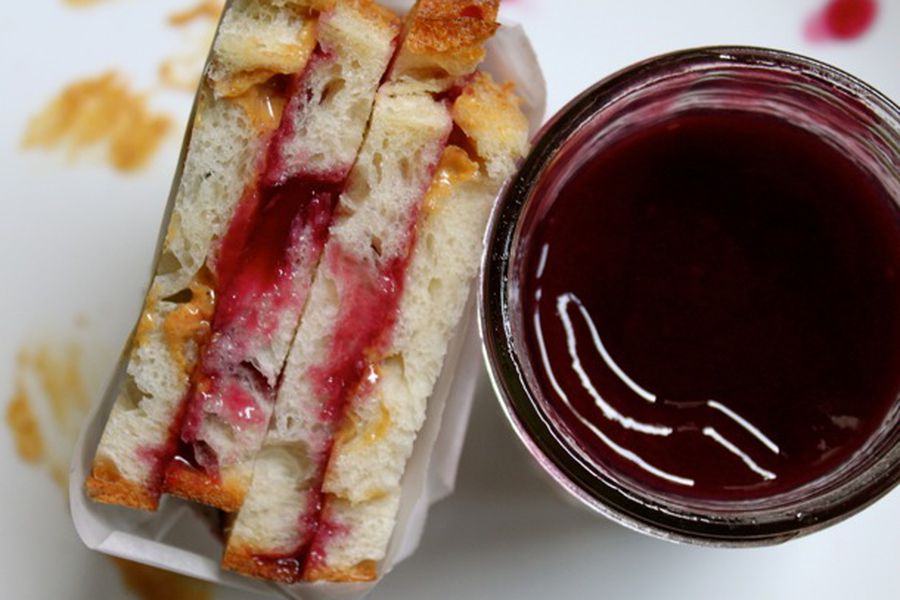 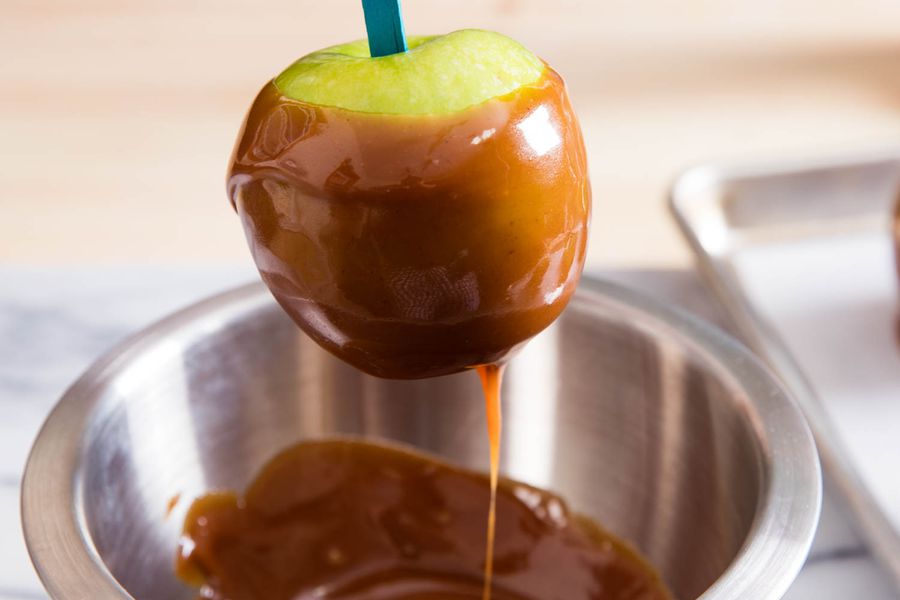 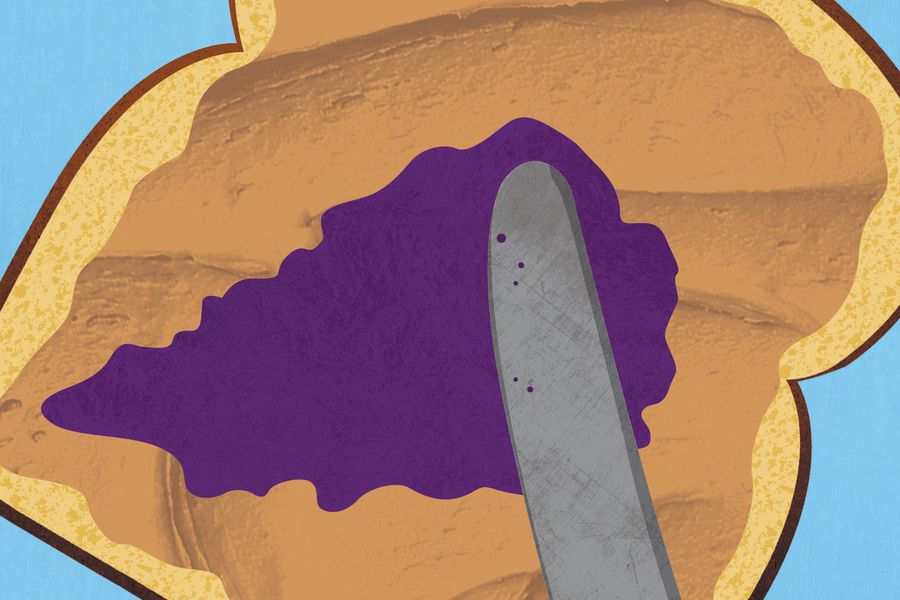 The Comfort Food Diaries: The Mindless Pleasures of the PB&J