When I first pitched Starch Madness at a Serious Eats edit meeting, my colleagues were into the idea of a March Madness-style pasta shape tournament, but they balked at the notion of a competitive field of 64 shapes. "Can you even find 64 different pasta shapes in stores? That's way too many, no? What about doing 32? Do you really have strong opinions about that many types of pasta?"

I explained that it would be impossible and irresponsible to limit the tournament to 32 shapes; too many worthy pastas would be snubbed by the selection committee. And as for hot takes, I made it clear that I have strong feelings about way more shapes than could fit in a bracket, but I'd do my best to narrow the focus down to 64. I could rant and rave about pasta all day.

Pasta shapes matter. Way too many times I've had to listen to people say something along the lines of, "It's all pasta in the end, just use whatever shape." False. In Italy, sauces and shapes are carefully and intentionally paired with each other, and while you can find both spaghetti and rigatoni coupled with carbonara at restaurants in Rome, you (hopefully) won't ever see carbonara served with fresh, egg dough pasta like tagliatelle. Why? Because you need the chew of durum wheat dried pasta to stand up to the richness of the egg yolk and guanciale in the sauce, as well as the starchy pasta water that it produces to emulsify the sauce. Egg pasta is too delicate and its flavor and texture would be drowned out by the brash bite of the pork fat, black pepper, and Pecorino Romano.

Italians usually don't see the need to go into the specifics of why you would never commit such pasta heresy, and instead just matter of factly say, "non ci va" (it doesn't go [together with that]). So, which shapes are worthy of your time? We decided to buy a ton of pasta, set up a camera, and recorded a long series of pasta rants. Check them out. 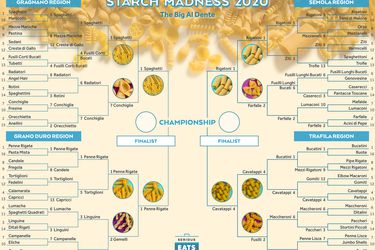 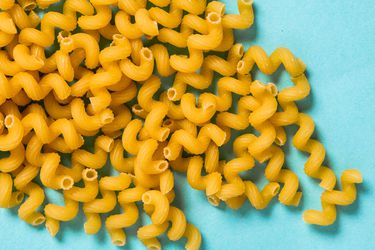 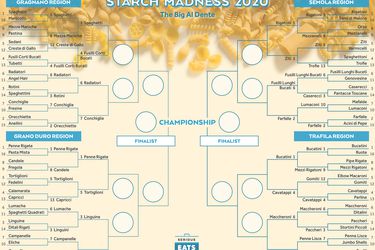 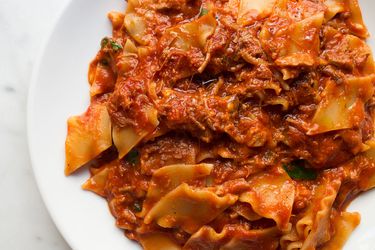 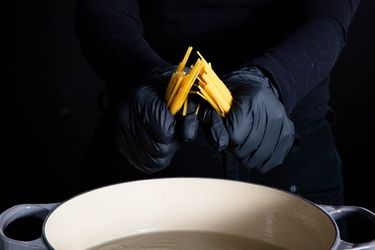 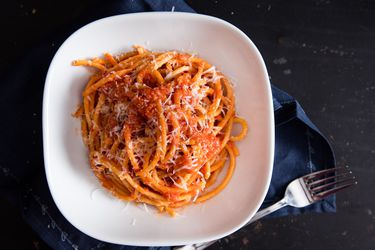