Can you believe my wife suggested this? Even though I had meals for the week all planned out (a rarity, I should add), she declared that we were having pancakes, and that I better adjust. What spurred this? That's easy—the cold. It's been a brutal winter here in the Midwest. Plus, don't pancakes always sound better when there is snow on the ground? I realize most people would whip up a batch for breakfast, but that's kind of impossible during the work week, because (a) I don't have the time and (b) my work productivity would likely hover somewhere between "wasting time on Buzzfeed" and "nap time." How to solve this conundrum? Breakfast for dinner.

Plus, that way I don't have to feel the least bit guilty about pairing the stacks with Bourbon. But instead of just drinking shots of whiskey, I decided to incorporate the Kentucky tipple into the sauce. This is more than just a gimmick; the Bourbon adds caramel and vanilla notes, while also helping to offset some of the sweetness of the maple syrup. It's also really easy to make. Taking a few notes from a Derby Pie, I figured toasted pecans would be a nice addition.

As for the pancakes, it's really hard to beat the Light and Fluffy Pancakes Kenji created in 2010. Not only are the accurately titled, they are truly simple to make. My only addition was a little vanilla extract, which plays well with the whiskey.

After a few bites you'll feel warm and ready to tackle the cold. But because it's late in the day and the sauce is spiked, you can skip the chopping wood part, and instead plop down on the couch and fall asleep early. 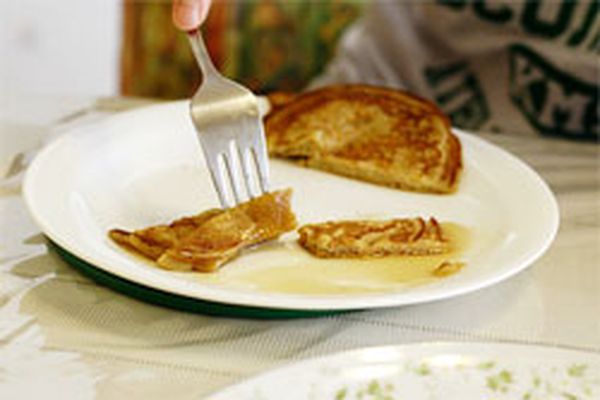 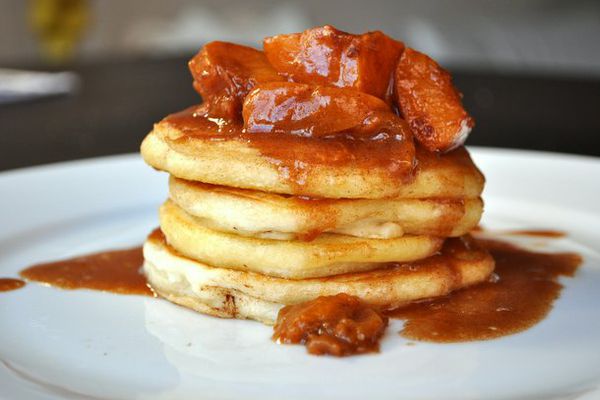 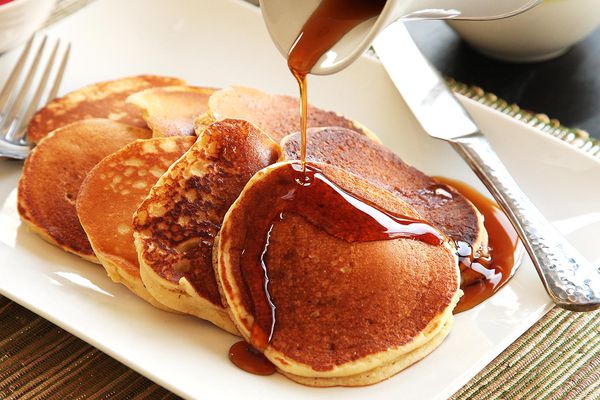 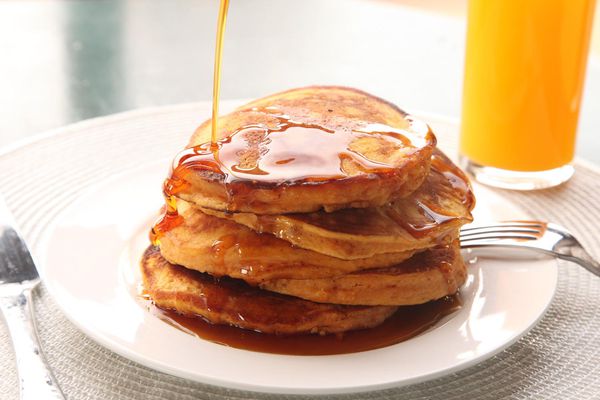 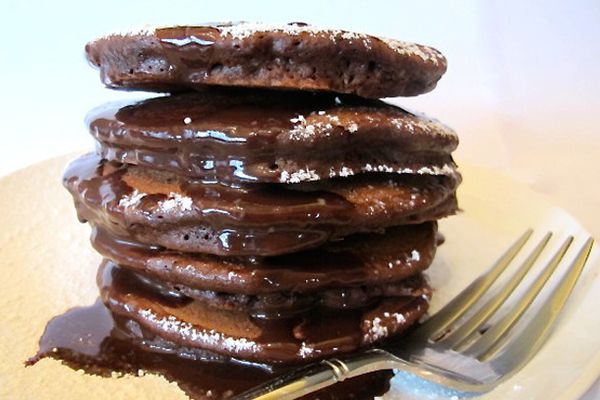 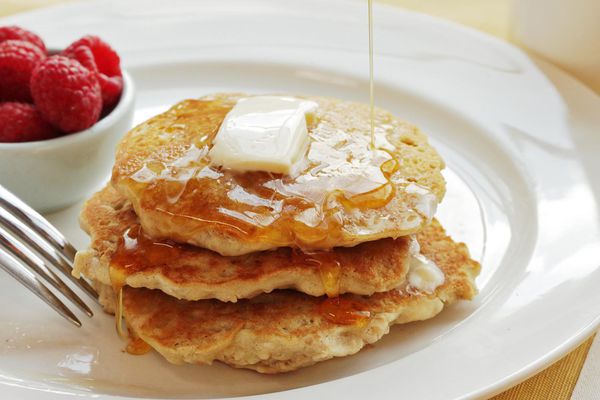 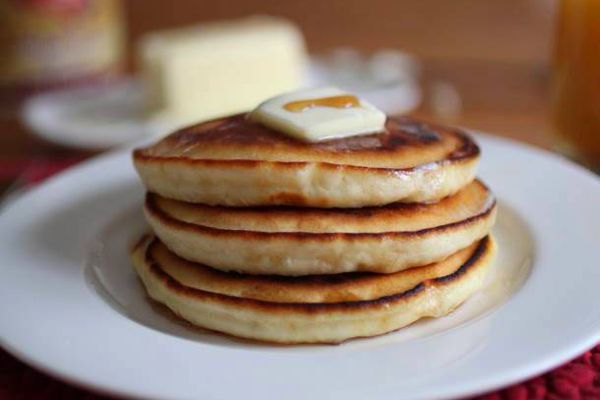 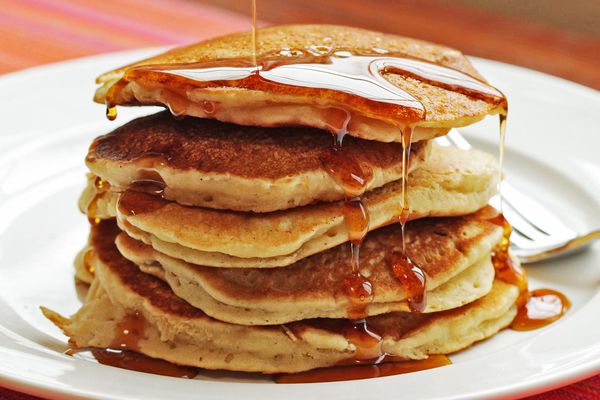 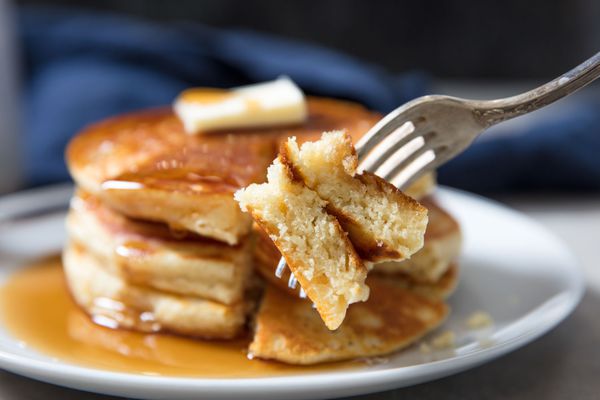 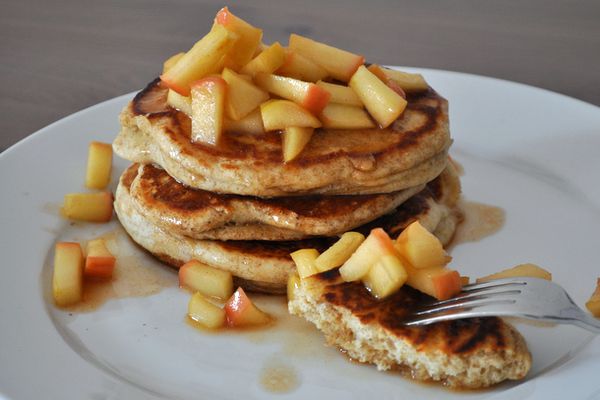 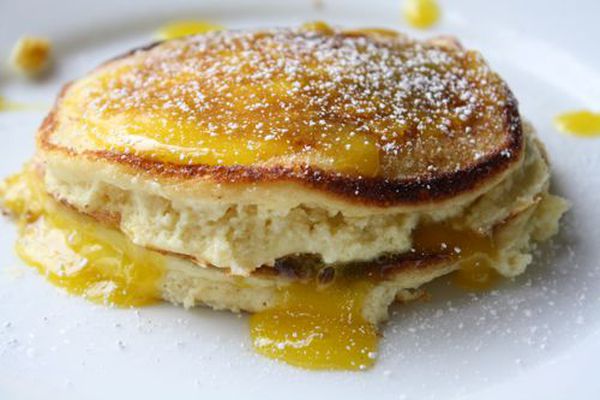 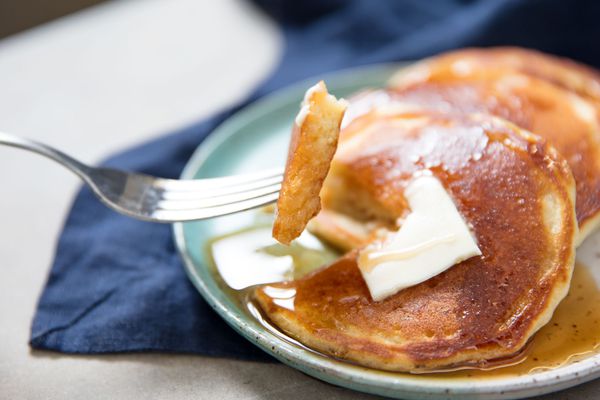 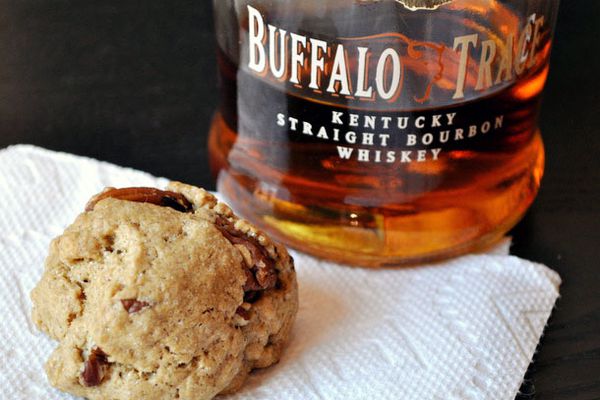 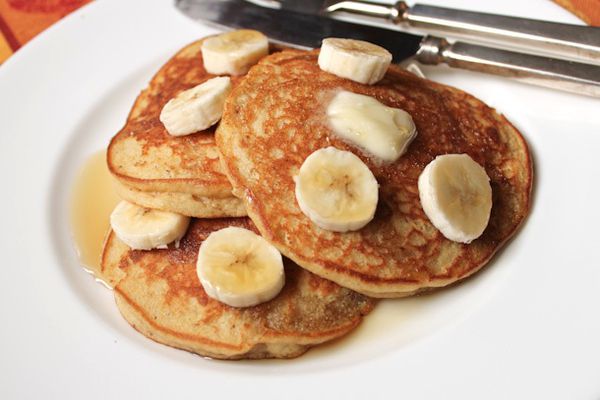