Food provokes passion, as anyone who has recently read the comments on a food website can tell you (ahem). We'll admit to occasionally marveling over the range, and intensity, of opinions expressed by some of our readers on even seemingly banal, uncontroversial statements. But, truth be told, we're proof that those who cook, eat, and write about food for a living are prone to developing some of the quirkiest affinities and aversions, and clinging to them like ketchup (Heinz only, please) to a soggy French fry (the best kind of fry, according to Niki and probably no one else on the planet ever). Read on only if you're prepared to lose any remaining respect for us.

Oatmeal should only be eaten savory, not sweet. Who wants a warm pile of sugary cinnamon- and maple-flavored sludge for breakfast? I grew up eating oatmeal as a porridge substitute. It cooks in half the amount of time as rice porridge and has the same consistency. My family would add a fried egg, pickled cucumbers, dried pork sung, and chili bamboo shoots, then top everything off with some soy sauce. It was perfection. I still eat savory oatmeal for breakfast almost every day.

Bananas should be eaten only while still green. They taste zestiest when underripe. Yellow bananas—especially, god forbid, spotty yellow bananas—taste like sad, flat mush, and should be used only for smoothies.

Hmm. I think the majority of pizzas in the world would be better as Hawaiian. Most pizza is bland and mediocre, and at least ham and pineapple taste like something—just keep them away from the good stuff. Is that controversial? How about this—if you can't nail medium-rare, I'd rather have my fatty American steaks more medium than more rare. Get that rich beef fat warm enough so that it melts and coats my tongue, please. Oh, wait, my least popular opinion is actually probably this one: When a chicken or turkey is roasted perfectly (and I mean perfectly), I prefer the light meat to the dark. Good dark meat is a dime a dozen. Good breast meat is a rare treat to be savored.

I’m pretty embarrassed by most of my unpopular food opinions. I know I should like nuts in chocolate bars and ice cream. I’m a monster for feeling completely agnostic about the very existence of rice (and, with rare exceptions, bread), and there must be something wrong with me for thinking cake is the most disappointing kind of dessert. But the preference that invites the most mockery from my friends, family, and coworkers is the one I’ve come to fully embrace: My name is Niki, and I love mushy food. Deal with it.

Not only do I really like food that’s meant to be mushy, like purées, dips, soft cheeses, and custards, but I prefer it when archetypically crisp foods mush out a little. I’ll take soggy fries over crisp fries any day, and I like to soak my cereal in the milk until it loses all structural integrity. I have a particular fondness for stale potato chips, which have a pleasantly soft give to them. And when I make sandwiches, I intentionally lay tomatoes directly onto the bread to make sure it gets nice and wet. Freud might argue that I’m yearning for a return to infancy and the womb; I say mushy is just plain better. So take your crispy foods and...turn them into a milkshake for me, please!

Raisins. I'd rather eat the stems from a grape. Leathery, wrinkly little garbage trolls that offer no pleasure to anyone, unless you enjoy seeing someone's face tighten with disgust after biting into what they thought was a chocolate chip cookie. Raisins are the worst thing to happen to food since sliced bread (with nuts).

Instant ramen is the ideal breakfast food. It's hot and easy to prepare, and it gives you that intense flavor boost first thing in the morning. Need some protein? Crack an egg into it. Want it on the go? It comes in a cup. Not healthy enough for you? Well, neither are any of the other standard carbs that society deems "acceptable" for breakfast. Your colleagues hate the smell in the break room? Remind them that whiners are not team players.

I think soup dumplings are really overrated. They're hard to eat and almost always result in a scalded tongue, and I'd rather just have dumplings in a soup. I love cilantro and actually think parsley's the one that tastes like soap. And I despise coconut—it's like getting sunscreen in your mouth at the beach.

Fish with tiny bones in it is not worth the effort. Banh mi is the most inferior sandwich on the planet—like eating a fistful of dust with a cucumber stuffed in the middle. Fruit tarts look like slime and don't taste much better.

Sweet potatoes are by far my favorite food. Most days, I eat them with breakfast, lunch, or dinner; sometimes, I skip dessert at a restaurant and instead head home to eat the cold sweet potato waiting in my refrigerator. (Really, it pairs perfectly with a glass of whatever wine I'm drinking!) But I won't settle for the orange-fleshed sweet potatoes that are so easy to find in supermarkets. I once ate them happily, but that was before I met the murasaki, or Japanese, sweet potato. Purple-skinned, with a flesh somewhere between gold and white in color, they're denser and sweeter than orange sweet potatoes, and far less prone to stringiness and mushiness. They cook just as easily, can replace the orange ones in any sweet potato–based dishes, and are ultimately just...better.

Popcorn gets stuck in your teeth, makes you gassy, and is generally not worth it. Twizzlers are waxy and utterly useless. And old-school peanut butter made with hydrogenated oils (they're fully hydrogenated now, thanks very much) is way better than the "natural" kind. I regret every minute I've spent attempting to stir natural peanut butter.

As a proud Boston native, I truly believe that Dunkin' Donuts coffee is the best—though only iced, because hot coffee makes me sweaty. All mayo should be destroyed. Dark chocolate tastes too healthy. Truffles are not that good, and truffle oil is a complete lie, especially on truffle fries. Why are people always losing their minds about truffle fries? As the worst Jew ever, I really dislike cream cheese and lox on my bagels and prefer melted Muenster, or nothing at all. The good news is that I think matzo tastes really good! Especially egg matzo, which I'd be happy to eat year-round. The rye chips are the best part of Chex Mix. Marshmallows are dry and chalky, but Marshmallow Fluff is great in hot chocolate. Reese's Pieces (pronounced "pee-cees") are just garbage M&M's. Avocados taste like nothing, and I don't understand the hype. Do not mix fruit with my chocolate, especially orange. Those chocolate oranges that break apart into segments are especially offensive. Coconut water tastes too wet. Ranch dressing on pizza is an abomination. Organic, homemade, or any variation on real ketchup is also an abomination—the best and only ketchup is made by Heinz.

I don't understand why people thumb their noses at egg foo yong. At its worst, it's like a Chinese-American frittata. What's wrong with that? For an example of the dish at its best, look to La Dinastia on the Upper West Side of Manhattan, where the pork egg foo yong comes with onions that are nearly caramelized, big chunks of roast pork, a crunchy exterior, and a fluffy, tender interior. I know, I know—the weird, viscous brown sauce that comes with it looks like motor oil. Just skip the sauce! So phooey, egg foo yong haters. Get off your high horse. I have no idea if egg foo yong is authentic or not; all I know is that, at its best, it's authentically delicious.

Bacon is the most overhyped food in history. It is not even one of my top 10 pork products.

So-called "gourmet," full-fat buttermilk is a bougie oxymoron. Nothing good can happen to cake layers in the freezer. Shoving vanilla beans in a bottle of vodka isn't "making extract." European-style butter ruins American desserts. Black cocoa is a travesty.

The main taste sensation I get from fresh mozzarella—even "good" fresh mozzarella—is "needs salt." All burgers are boring. Chashu is the worst ramen topping. Dried fruit is yuck. The only good salmon is cured salmon. In fact (since, according to our website's traffic statistics, this is an unpopular opinion): I generally like eating things from the sea that aren't salmon, shrimp, or tuna!

I've never met a falafel I've liked. Good ones are dry; bad ones are a parched desert 500 years into the future of this over-warmed planet.

Muffins are the worst. They shouldn't even have a place at a Ramada Inn grab-and-go–type breakfast buffet. They're not cake. They're not breakfast. They're not delicious. Soup and noodles should be kept separate. Ramen is a giant bowl of palate fatigue and regret. Same goes for American barbecue. Super-tender steaks are for suburban golf dads. Why would you brag about or want a filet mignon that can be cut with a spoon? I want to use my teeth and chew. That said, medium-rare lamb and duck are gross; cook them to medium. Ramps are the avocado toast of the chef world. Cold pizza is not good. Microgreens don't taste like anything and need to go away, and I judge restaurants that use them. And finally, to echo Ariel: Nobody but Heinz should bother making ketchup.

An earlier version of this article included a comment on the relative sophistication of corn versus wheat tortillas that has since been removed due to its dismissiveness of Tejano and Norteño cuisines. 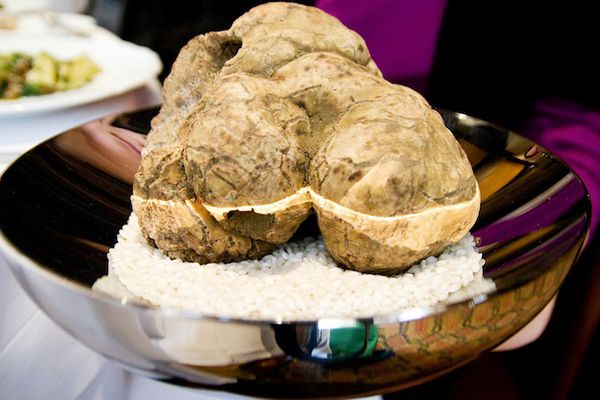 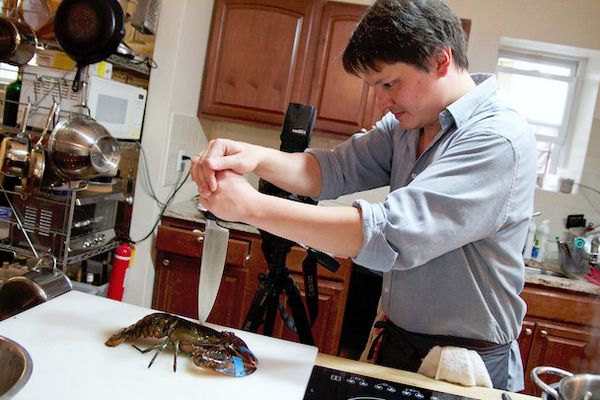 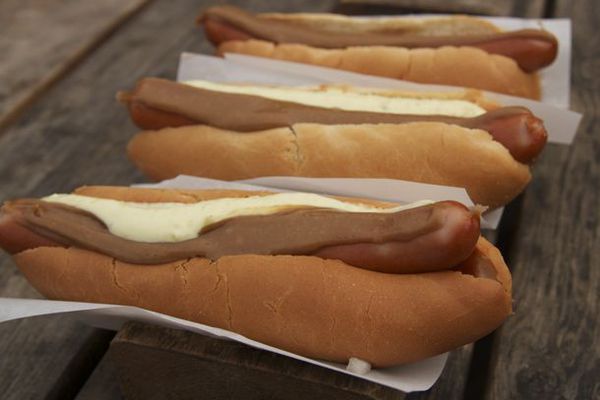