It's been an exceptional year for features on Serious Eats, with a wide range of voices and styles gracing our homepage. From a hilarious account of living—and cooking—with our very own culinary director, to love letters to some of our favorite foods (potato skins, anybody?), to the story of one family's trip across China in an RV, here are some of our favorite articles of 2016.

Features I love have to be well-written and well-researched, of course, but here's what takes them to the features mountaintop: They have to be funny, passionate, truthful, and chock-full of humanity. I know I'm setting the bar really high, but here are two features we published this year that check all those boxes: Niki Achitoff-Gray's encyclopedic and engaging treatise on salumi, and Kate Lowenstein's hilarious and utterly human account, Trial By Fire, which recounts the process of learning to collaborate in the kitchen with her husband, Serious Eats culinary director Daniel Gritzer. Niki's salumi piece starts with a jig that reflects her love of the form; by the time you've finished reading it, you'll want to run, not dance, to your favorite salumi dealer. As for Kate's lovingly rendered tale of arriving at the necessary equilibrium to get along (in the kitchen and out) with the wonderfully talented and obsessive Daniel, if it doesn't have the unerring ring of truth to it, I don't know what does.

Okay, so Daniel's piece, How to Upgrade Your Kitchen and Save Money at a Restaurant Supply Store, probably doesn't win points for poetry, but if you're judging on practicality? It's got to be one of the most useful articles of the year. Follow its advice and you'll be enjoying three of my favorite pastimes: shopping for new kitchen equipment, getting high-quality goods, and saving a buck or two. Isn't everybody into that? (NB: You can always use more metal bowls.)

Having your significant other disclose the inner workings of your relationship can be uncomfortable, especially when the whole world is the potential audience. Not only does it threaten embarrassment, but—as anyone who's ever had to listen to their partner's version of a conflict knows—there was a decent chance I was going to disagree heavily with her take ("That is not what I said"). But in Trial by Fire: My Life With the Culinary Director of Serious Eats, Kate's portrayal of how we learned to coexist in the kitchen despite our equally headstrong ways was so spot-on and honest (not to mention so damn well-written, funny, and loving) that I feel not a flicker of shame or denial when I read it, but only appreciation and joy. What can I say? I'm a lucky guy—even more so today, because she's now my wife.

Keith Pandolfi's All I Want Are Some Potato Skins gives me the good kind of heartburn; the kind that hurts a little, but is also cathartic. Keith is stunningly introspective—he makes me feel his anxiety, his detachment, his longing, and also his devotion to something as simple (and sacred) as potato skins.

It's easy to call wagyu beef overrated—the mythology and the extravagant price, not to mention its alleged presence in random menu items (wagyu hot dogs?), make skepticism inevitable. Yet few pieces have really explored in depth what wagyu is (and isn't) and how that authenticity has changed over the last few years. Thanks to Larry Olmsted's The Best (and Worst) of Times for Japanese Wagyu Beef in the US, I feel more knowledgeable than ever.

Tl;dr: Only eight restaurants in the US sell real Kobe beef—everything else is a knockoff.

I generally hate labels. Don't put me in a box, man. But when it comes to what's going into my dinner, I'd like to know if what I'm eating is tuna or if it's actually escolar, charmingly known as the "Ex-Lax of the Seas." In his article Seafood Fraud: The Turning Tides of an Industry Epidemic, Larry Olmsted delves into the conditions contributing to widespread mislabeling, why sustainability isn't just a buzzword, and how efforts spanning the entire supply chain are making a difference. The bait-and-switch is real, kids, and it's not pretty.

In What Is American Cheese, Anyway?, Kenji breaks down the controversial entity that is American cheese the same way he does a recipe: factually and empirically, rounding it all out with a healthy dose of cultural context. Those bright orangey-yellow slices might not be for everyone, but, at the very least, take a glance at the thorough classification and ingredient tables, or print out a pocket-reference copy for some good off-the-cuff conversation starters. "Annatto extract? Did you know that's what makes American cheese yellow?" is great holiday-gathering fodder.

Nothing about Don't Put Your Hand in the Noodle Machine: Notes From Ramen School in Osaka, written in diary-entry style with descriptive walk-throughs of alkalinizing noodles and smashing pork bones, resonated with any personal desires of mine. I've never contemplated undertaking instruction in the art of ramen, and don't plan to now. This piece doesn't try to persuade you to attend ramen school, or to find your own horizon-broadening cross-cultural experience. It's simply a really well-narrated episode drawn from Matthew Amster-Burton's own tutelage, balancing details of science and process with winsome imagery ("So, I pedicured a pile of chicken feet, just like they teach you in beauty school") and relatable sentiment ("Well, dumbwaiters are awesome. I want to install one in my single-story apartment"). You could teach this essay in a travel-writing class; in fact, I hope the author does just that.

But I can't talk about my favorite features of the year and not also bring up The Mindless Pleasures of the PB&J, from our former chief content officer and man-of-many-talents Chris Mohney. It celebrates a shining example of what he calls an "eatable" food: something that is not exactly good or bad, but rather adequately suited to one's taste and needs in a given moment. The notion that food doesn't have to be mind-blowing to be vital and fulfilling strikes a chord within me—as maybe one of the least food-obsessed people on this staff—and Chris's droll sense of humor and deft writing don't hurt.

I love the sentiment behind Keith Pandolfi's The Benefits of Eating Without a Map. It's a great rule of thumb to keep in mind when you're planning your next trip...or, well, life. Resist the urge to check off all the boxes (don't worry, you can still check off a few); keep some unstructured time on your agenda; and see where the wind takes you.

Until I read Plumbing the Depths of Miso Soup, I'd never given miso soup a second thought. Sure, I enjoy it when it comes for free alongside my sushi lunch special, but it is often unremarkable. But Mari Uyehara's account has changed my perspective, leaving me pondering each bowl and reminding me of the history, both of the soup itself and its journey onto virtually every American Japanese restaurant menu. If you haven't read it, please find the time. As we approach the next year—and the polarizing inauguration of a new president—it is important to remember the less-than-noble moments of our history and consider the cultures, families, and people they have affected.

I suppose I'm a sucker for travelogues, but I thoroughly enjoyed Fiona Reilly's 20,000 Miles Till Lunch series. I was an expat kid, so, in some ways, I empathized with Reilly's children, but I also envied her family's adventurous spirit. (My parents wouldn't have dreamed of taking a six-month road trip across India, although it would've been a memorable experience.) But more than that, what drew me to the initial piece and its subsequent installments was the vivid reminder contained within: that China is a vast and diverse country with an incredibly varied cuisine, and that some of the most exquisite foods are in fact the humblest.

Meet Me at Moe's: 9 Fictional Restaurants and Bars We Wish Were Real stands at the intersection of food and pop culture—my favorite place to be. Even as a child, I never dreamed of working in a place where I would fight a coworker for the chance to write about the delights of Ten Forward. It was a joy to discover Niki's memories and affections for the place were as potent as my own and as vivid as a Samarian Sunset. All told, it was great to dish with everyone about the fake places with real meaning in our lives.

"What Do You Mean, 'Biblical'?": Calculating the Ghostbusters Twinkie in Real Life isn't hard-hitting journalism. It's not particularly enlightening in any way. It wasn't particularly popular. It barely even relates to food. And yet, it represents exactly why I love working at Serious Eats: It's so fun. Any job that involves a last-minute request to build a Twinkie size calculator is an amazing way to spend your days. There have been plenty of well-researched, thoughtful pieces in 2016 from which to choose a favorite—Larry Olmsted's exposé of fraud in the seafood industry, Kenji's look inside "process cheese food", a dare to ditch the taboo of raw pork. They're all great reads. But the Ghostbusters piece is perhaps even more telling of the spirit of Serious Eats. Its sole purpose is to vet a quippy one-liner from a movie made 32 years ago, and yet Kenji throws the full weight of his (very active) brain at the project. Our core editors and contributors consistently dig deep into anything and everything food-related, and that intense hunger for detailed information can sometimes be satiated only by a 35-foot, 54-ton Twinkie.

When Daniel told me he was going to write Brooklyn 10: A Native's Guide to Old-School Eating, I immediately assigned myself as photographer for the story. Daniel and I were both born and raised in Brooklyn, but his memories of eating Jamaican jerk chicken, Trinidadian roti, and Chinese dim sum is pretty different from my background, filled with Italian comfort food, Polish pierogi, and doughnuts from Peter Pan (before they were all the rage). He led me around my hometown to eat Grape-Nut ice cream, a drink called "sea moss," and frog's legs and raw clams at Nathan's. I was with him when he tasted certain foods for the first time in 10 or more years, and saw him deliberate over whether something was worth including when it didn't taste as good as he remembered, but the nostalgia was overwhelming anyway. This list is definitely worth a closer look if you want to have the real Brooklyn experience.

There's been a wealth of great features on the site this year, from January's diverse array of thoughtful and evocative Comfort Food Diaries, to Jessica Battilana's humorous and enlightening Chained to the Stove: What It's Really Like to Write a Cookbook, to Sarah Grey's Pittsburgh Rare: A Culinary History of the Steel City, an exhaustively researched and vivid examination of her hometown. I've learned so much from Robert Moss's deep dives into the surprising histories of iconic American foods, like pastrami, sweet tea, and soda; and I've become a far more deliberate and wary grocery shopper since editing Larry Olmsted's illuminating reporting on supermarket staples. As for the most fun I've had? It was probably taking a minute to write about (and vehemently defend) my favorite cocktail: the filthy, sopping-wet martini.

How to Stock a Japanese Pantry is an ode to my favorite cuisine. Mari Uyehara goes beyond the basics—soy sauce, mirin, rice vinegar—and motivates me to expand my stock. The variables I can take with each ingredient make them easy to integrate into my everyday cooking. 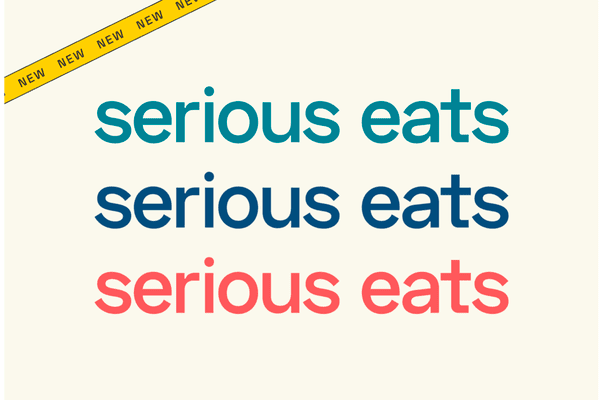 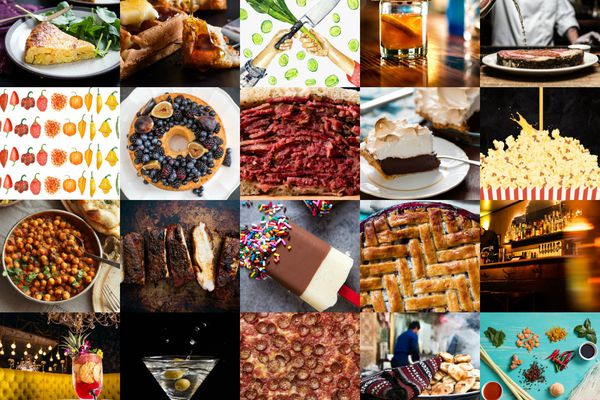