Another year, another Oscars ceremony, another menu made up of magnificent movie-related wordplay! Yeah!

Fortunately, I crowdsourced the puns (most came from Sasha, a true pun savant) and I actually watched A Star Is Born, which will probably execute a clean sweep (no mercy!) of all eight categories in which it has secured a nomination, what with its star power (Dave Chappelle!) and the originality of the concept, which has only been attempted four times before.

In light of the inevitability of Lady Gaga taking home a couple of trophies, I've decided to offer up two menus: One for the true believers, those who know reboots of previously commercially successful movies necessarily deserve all the accolades and awards, and one for the rabble who believe in quaint things like "innovation" and "artistic merit."

But let it not be said that we focus only on the ephemeral and provide no educational value here at Serious Eats. Peppered throughout are little bits of trivia and observations about the 1986 sci-fi/fantasy cult classic Highlander because...well, because it's rad. It's also kind of relevant to this Oscars, since a biopic of Freddie Mercury has gotten some nominations, and Queen performed a fair amount of the original motion picture soundtrack of the film with the best tagline in movie history, which should also be the motto of any award show: "In the end, there can be only one."

A Star Is Born Will Win All the Oscars Menu

A Starter Is Born

Really, dealer's choice here, since the pun works for any appetizer, any snack; you could slap it on a dip and still get a pass, but please don't do that because dip is not a starter. It's more of a party-specific food stuff that exists independently of any proper, structured meal, and should be treated as such.

A real starter is clams casino: briny, buttery clams, flavored with shallot, garlic, and parsley (and butter), topped with crunchy bacon fat–toasted panko and bacon bits, I could eat a thousand of these while thinking of how crazy it is that Christopher Lambert, a Frenchman with a strong French accent, was cast as the Scottish Highlander Connor MacLeod! Of course, if you want a dip, far be it from us to deny you a recipe for clams casino in dip form, but you're really pushing it with the pun.

Get the recipe for A Starter Is Born

Ha ha. Less a pun than a joke, and about THAT scene, no less! Phew. But to be honest, I don't remember anyone eating any food in the movie except maybe a post- or pre-coital (?) breakfast and I guess there was a cantina or a taco place? Whatever. But I do remember Bradley Cooper setting down a perfectly seared steak before that poor dog and thinking, "Oh, dear God, not to the dog."

The best way to do steak for a party is definitely the reverse sear, since it's the best way to cook a steak, period, but you could butter-baste if you, like me, have no interest in the show itself and want a more hands-on approach. You could also go the sous vide route, of course, which sort of reminds me of that scene in Highlander when the immortal MacLeod jumps off a cliff and discovers he can't drown, and he is taught to breathe underwater by mermaids? Mermaids! What the hell was that about? (Did I just make that up?)

Get the recipe for A Doggone Good Steak

A Star Is Corn Risotto

Yeah, corn isn't in season, but this is my second favorite corn recipe, and it works just fine with out-of-season corn, even if it isn't quite as good as a version made with the sweetest summer corn, and anyway we need a corn recipe for the pun! Creamy, corny, easy; your first bite'll be like that scene where Bradley Cooper is like, "Wow, this woman who looks just like international superstar Lady Gaga can kind of sing!"

If you happen to make corn risotto before the Oscars roll around because of that amazingly enticing description, you could make the elotes version of the risotto pancake known as risotto al salto, which is in fact my favorite corn recipe. It's like the risotto version of Highlander 2: The Quickening, if Highlander 2: The Quickening was even better than Highlander, instead of being totally awful.

Get the recipe for A Star Is Corn Risotto

Usually, when we put a vegan dish on a menu, we say something like, "It'll be a great option for any vegetarians or vegans you invite over," and, while that's true, the reason I put this veganized version of saag paneer on here as part of a steak dinner is because it's delicious. (And, the pun ain't half bad.) If being a little bit unconventional bothers you, then you probably are like, "Wow, Highlander can't hold a candle to RoboCop or Predator, two obviously superior 1980s action/fantasy flicks." In which case, you should probably stick to creamed spinach for your steak dinner.

Get the recipe for Lady Saag-a

A Star Crunch Is Born

See, the real appeal of Highlander was how clearly half-baked the plot was, although calling, "Hey, wouldn't it be cool if we had an immortal Scottish Highlander with a French accent and a katana dueling with a super-good-at-backflipping bespectacled guy in a trench coat in a parking garage" a half-baked idea is a little bit of an overstatement. More like unbaked doesn't even go near the oven and is totally done on the stovetop but is nevertheless delectable and delicious in its own right, like these pitch-perfect Star Crunch knockoffs.

Get the recipe for A Star Crunch Is Born

When a Cowboy Trades His Spurs for Wings

Wings. Who doesn't love wings? And these Xian-style wings aren't just outrageously good; you don't even need to fry 'em! (Word to the wise, make more of the spice dust than you need and put it in an airtight container; sprinkle it over roasted chicken or even a supermarket rotisserie bird.)

Of course, if you need a fried wings recipe, we've got you covered on that, too. It's a little atypical for a Buffalo wing recipe, since you confit the wings first and then fry 'em to finish, but a little atypical can be good, like when Highlander director Russell Mulcahy chose to think way outside the box and chose Alec Baldwin—Alec! Baldwin!—to star in the campy superhero flick The Shadow, in which Baldwin's most astonishing superpower is a reverse rhinoplasty to conceal the superhero's identity.

Bossam is traditionally linked to gimjang, the annual kimchi-making tradition in Korea, but it is also served as anju, or food that typically accompanies alcoholic drinks, which makes it a perfect Oscars-night feast. Simmered pork belly is served alongside a slew of condiments and vegetables, all of which gets wrapped up in leaves of Napa cabbage, made tender by a brief brine.

There really isn't anything quite like bossam, just like there really isn't anyone quite like Freddie Mercury, which makes the whole biopic business a little hard to figure out. Just look at this video of "Princes of the Universe," and how small Connor MacLeod/Christopher Lambert looks next to Mercury, who is positively radiant (and look at that flying V axe Brian May is shredding!). Who's the immortal here, anyway? (It's Freddie!)

While romanesco is a wild and crazy-looking vegetable, you should treat it in the same way you would cauliflower, by which I mean you should roast it and dress it in a pine nut, raisin, and caper vinaigrette. If you've ever seen one of these guys in the wild, they grow just like cauliflower, and apropos of there-can-be-only-one theme, the heads are cut from the stalks before being shipped to market.

But if I had to make a case for why Highlander was the best of all the '80s action flicks, it would have to rest on the fact that nothing is explained. Why immortals? Who made them? Why do they have to fight? What's up with respecting holy spaces? And why was "Who Wants to Live Forever?" part of the soundtrack when MacLeod WANTS to live forever? Is the answer "MacLeod"?

Get the recipe for Roasted Roma-esco

Short break from all the tomfoolery around these parts, since it occurs to me right now that I did in fact see another film this year other than A Star Is Born, and it was Black Panther, which was, unlike Highlander, unironically rad. This bread is real good, too, soft and eggy and perfect for any kind of meal whatsoever, but the pun is great, and the movie was great. That is all.

Get the recipe for T'Challah

The Salad of Buster Scruggs

Again, with this pun, it's dealer's choice, since any salad will work. But seeing as Sasha was kind enough to provide many of these puns for me, I'm going to put up his winter chicory and satsuma salad, augmented by a scattering of toasted pistachios and shavings of ricotta salata, all of which get dressed in a citrus vinaigrette spiked with pomegranate molasses. It's about as underrated as Highlander, and by that I mean "very."

And the most underrated part of Highlander is how it resists franchise opportunities and extensions of the story line. Sure, there were sequels; sure, there was a television series. But neither comes close to the glorious weirdness of the original. Sean Connery was cast as an Egyptian, who chooses to run around Scotland dressed as a Spaniard! What?

Get the recipe for The Salad of Buster Scruggs

So there you have it, two full menus for your Oscar-watching delectation. It seemed odd to put an alcoholic drink recipe in the A Star Is Born menu, since the one thing the movie did well, other than let Lady Gaga be the star she's always been, was handle the ravages of alcoholism. So, instead, I'll offer our best punned drink recipe here: a warm, mulled cider.

Happy Academy Awards evening to all. And remember, fame comes and goes and youth is ephemeral, but Christopher Lambert as the Highlander Connor MacLeod will live on forever.

Get the recipe for Into the Cider-Verse
Featured Video 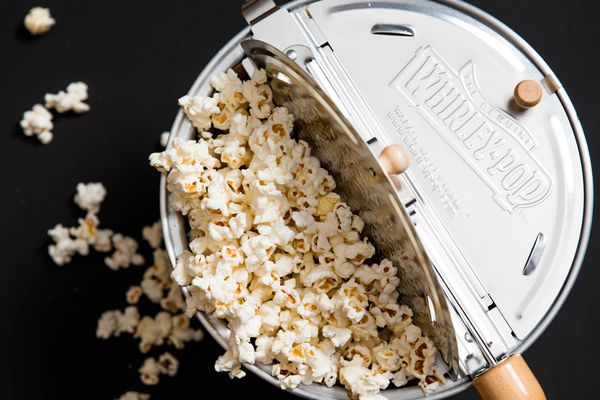 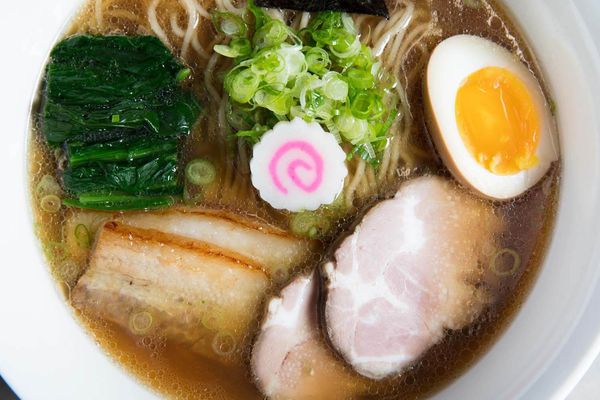