Okonomiyaki are Japanese pancakes, but they're nothing like American flapjacks. Think scallion pancakes, but add cabbage, pork, bonito, nori, fried eggs, and even mayonnaise. The name, loosely translated, means "what you like, cooked," so expect anything and everything when you hear "okonomiyaki."

Tadashi Ono and Harris Salat offer two staple recipes for okonomiyaki in their new cookbook, Japanese Soul Cooking. One, from Hiroshima, is a gut-busting dish, layered with noodles, fried eggs, pork belly, and cabbage pancake. The pancake we're making today, from Osaka, is simpler to make at home: For this dish, Ono and Salat mix roughy chopped cabbage in a flour, egg, and dashi batter before frying it in sesame oil. They gently layer thinly sliced pork belly atop the cooking pancake, and as soon as it's golden, drizzle on Kewpie mayo, okonomiyaki sauce (a thick, Worcestershire-like condiment), powdered nori, and bonito flakes.

Why I picked this recipe: I've eaten a few okonomiyaki, but had never tried making them myself.

What worked: The finished dish may look elaborate, but there's really not much to cooking good okonomiyaki. Flipping them is almost as easy as a regular ol' American pancake.

Suggested tweaks: You can substitute ground pork for the belly (mix it into the batter before cooking), or else use any thinly sliced meat or seafood. Kimchi would also be a great inclusion. Go crazy and use a few different toppings! Okonomiyaki sauce, Kewpie mayonnaise, aonori, and bonito flakes are available at Japanese and some Asian grocery stores. 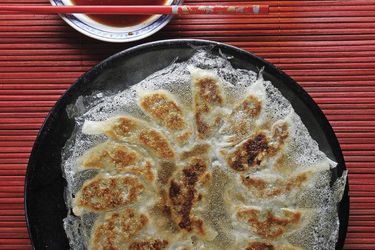 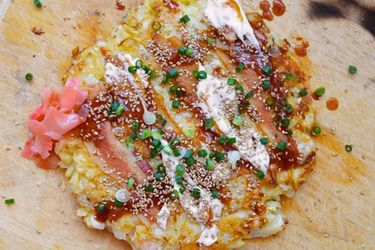 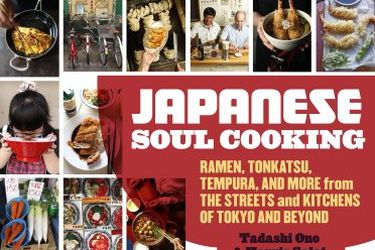 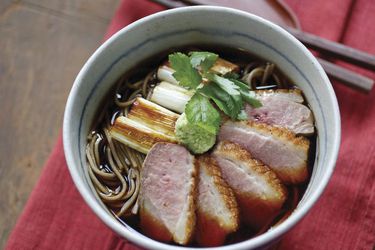 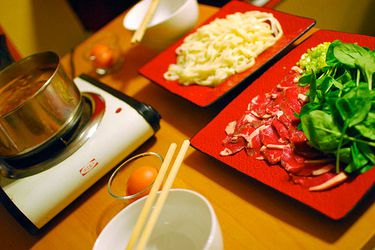