No one would have butter chicken if it weren't for Kundan Lal Gujral, the father of tandoori cuisine.

I used to believe butter chicken was some bastardized form of Indian cuisine. I grew up in New Delhi and lived there for 14 years, and while I ate butter chicken countless times, it was almost always in the company of expats I'd deemed insufficiently adventurous, particularly with respect to culinary matters. It was the chicken fingers and fries of menu items in my mind—no surprises, and it'd probably be all right.

Well, I was very wrong. I discovered that recently because I thought I'd take a crack at developing a recipe for butter chicken cooked in a pressure cooker, inspired by the runaway popularity of an Instant Pot butter chicken recipe on Two Sleevers, a blog maintained by Dr. Urvashi Pitre, which I read about in a New Yorker article.

I made the recipe for dinner one night, and my wife, whose exposure to Indian cuisine has been mostly limited to what I prepare in our kitchen, was very impressed. "Why haven't you made this before?" she asked me, to which I could only respond by muttering something about how "I don't think it's really Indian food," an assertion that quickly fell apart as she asked me more about the recipe, who made it, and the response to it online. The truth of the matter is Indians and the Indian diaspora love butter chicken as much as everyone else, and it's not because it's some dumbed-down version of "real Indian food": It's because it's good food that's hard to mess up.

If you've had butter chicken, you know this; if you haven't, think of tender chunks of chicken meat swimming in a mildly spiced tomato-based sauce, enriched with enough butter and cream to suggest the cook who made it loves you. There's very little not to like.

I looked around online for other butter chicken recipes, and that ended up sending me down a butter-chicken rabbit hole. Sure enough, there are more than a few with those two distinctive ingredients, including one on this website, adapted from a recipe developed by Chef Floyd Cardoz. But I also came across a few descriptions of the origins of the dish that credited Kundan Lal Gujral with creating and serving it at his restaurant, Moti Mahal.

Moti Mahal is no longer a single restaurant; rather, it is an international chain, with outposts all over the world. But the original Moti Mahal, located in the Daryaganj neighborhood of Delhi, is still open today, still serving the same murgh makhani—that is, butter chicken—that Gujral created in the late 1940s.

I didn't know this when I lived in India. I'd been to a Moti Mahal but not the original. I knew people really liked Moti Mahal's food—and I did, too!—but I didn't know it was the originator of butter chicken. I only knew Moti Mahal as the restaurant in Malcha Marg, right by my school, where, when I was young, we'd go when visitors came through town and, when I was older, my friends and I would go to gorge on their inimitable dal makhani and butter naan. But I had had the butter chicken, and I was pretty certain that the famous Motim Mahal version tasted of fenugreek and brown cardamom.

I purchased On the Butter Chicken Trail: A Moti Mahal Cookbook, which was written by Monish Gujral, Kundan Lal's grandson, just to take a look at the murgh makhani recipe, and I was gratified to discover that I was right: fenugreek leaves and brown cardamom are ingredients in the dish. But I was genuinely surprised by Gujral the younger's claim in the introduction to the book that Kundan Lal's true culinary achievement wasn't just the dish known around the world as butter chicken but the creation of an entirely new cuisine.

As Gujral writes, "Following [Kundan Lal's] employer's request to serve him something light and not greasy, a novel idea struck him. He marinated chicken with some yogurt and spices and lowered it into the hot clay oven, the tandoor, by piercing an iron wire into the marinated bird. (There were no skewers, as in those days the tandoor was only used to bake breads like naan, paratha, and roti.) What came out was a tandoori chicken, and the rest is history." In the process of creating tandoori chicken, simply by using an oven traditionally used for bread to cook meat, Kundan Lal created the entire category of tandoori cooking, which Gujral suggests is the equivalent of creating an entire cuisine.

It's hard to quibble with that argument since nonbread foods cooked in a tandoor all share one common attribute: namely a spiced yogurt coating designed to prevent the food being cooked from drying out, which chars a fair amount in the extreme high heat of a tandoor. That combination of flavors defines what Gujral calls a cuisine, and it's also a defining element of the butter chicken I remember eating as a child.

To confirm this, I trekked up to the Moti Mahal outpost on the Upper East Side of Manhattan. I ordered the murgh makhani and some naan, plus an order of the dal makhani just because it's so good. The butter chicken was a little more tart than I remembered it, as was the dal, and that's either because my memory is bad, the franchise recipe has changed, or because of differences in the kinds of tomatoes available in India versus the United States. But the dairy-enriched sauce had definite notes of brown cardamom and fenugreek leaves, so I'd gotten that much right, at least, and the chicken, while a little softer than the chicken in the butter chicken of my memory, had tell-tale char marks that lent a smoky yogurt tanginess to the sauce.

I ended up developing a pressure cooker recipe for butter chicken that incorporates those flavors, but as I went through the process, I came to appreciate Dr. Pitre's recipe for Instant Pot butter chicken even more. It doesn't have some of the hallmarks of what I consider butter chicken, sure, but it seems to me to be an almost perfect recipe. Pitre sets out a few limiting parameters, like an unwillingness to marinate the chicken or cook it separately, and then designs a recipe that produces a very tasty dish that's close to the original while working within those limits. For example, instead of getting smoky flavor from charring the chicken, she opts for smoked paprika, which I think is a pretty inspired substitution.

The result is a dish that comes together quickly and hits all the main butter chicken points: tender chicken, nicely spiced tomato-based sauce, enough salt to contend with the relatively heavy dose of dairy at the end.

My recipe requires a little more effort, and I believe the result rewards that effort, but the two dishes are essentially the same, which reminds me of another bit of Gujral's book, where he goes on a little rant about chicken tikka masala. "The fact still remains," he writes, "that [chicken tikka masala] is out and out a derivative of the tandoori chicken and butter gravy made in Moti Mahal."

No matter where you are in the world, no matter which restaurant you order it from or which recipe you follow to make it, the butter chicken you're eating is just another riff on Kundan Lal Gujral's incredible creation. 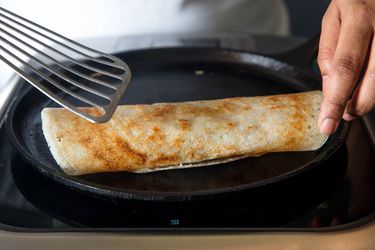 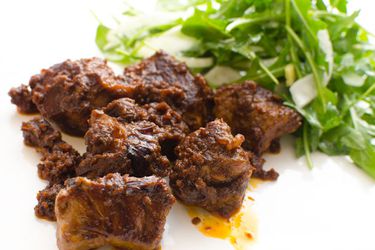