As much as I love summer, it's tough to be an inspired baker. But every year, autumn saves me from falling into a total block. My ideas are endless and the desire to fire up the oven is once again renewed.

Example? I couldn't wait to experiment with these maple walnut blondies. As I'd never baked these before, I did a quick internet search to scope out the situation. Surprisingly, most of the recipes out there don't actually include maple syrup in the batter. Instead there's a sauce, a maple ice cream, or a frosting. I actually wasn't that surprised—the liquidy syrup probably alters the texture in some way that I'd yet to find out.

I jumped in with my favorite mix-in-one-bowl blondie recipe, using a combination of brown sugar and maple syrup. Getting good maple flavor wasn't that easy. If I used too much syrup the texture wouldn't set. If I increased the eggs to hold it together, the crumb became too cakey.

Surprisingly, real maple syrup didn't hold its flavor through baking as well as the fake stuff. The real deal is expensive to experiment with, so in an effort to conserve, I started baking with "maple flavored" syrups. The flavored syrup resulted in a stronger flavored blondie, but in the end I stuck with the pure and natural syrup.

Before the last batch went in the oven, I went for broke and swirled a few more tablespoons of syrup into the pan. Finally! These blondies have the maple flavor and moist fudgy texture that you're looking for. And though good in their own own right, I wouldn't say no to creating a full-on maple showdown by piling on some maple ice cream or heck, even more syrup. 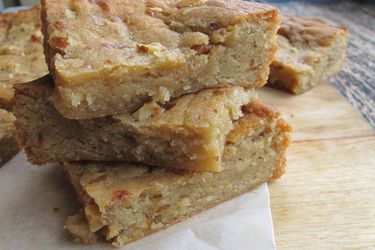 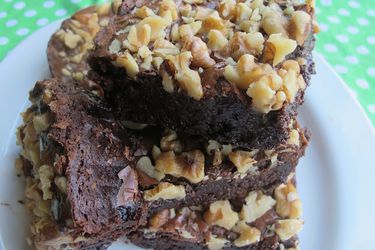 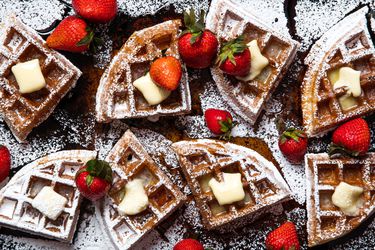 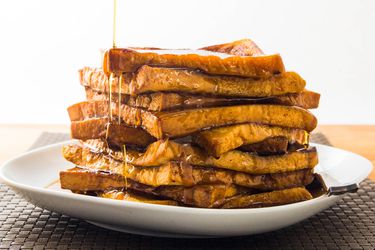 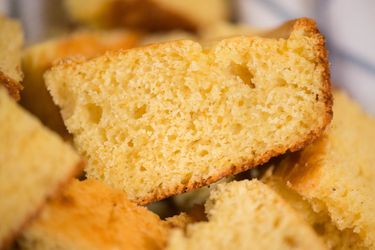 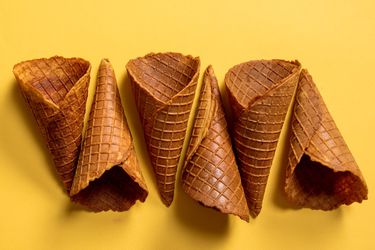