We have all this—plus pretty decent pies—in John's Pizzeria of Bleecker Street, one of Slice's NYC Quintessentials, our growing list of must-visit New York pizzerias.

If you style yourself a pizza aficionado and have not been to John's, you're not doing it right. There are those who say it's lost its luster, that it doesn't stack up, but I've always been a fan. Before we get to the pizza, though, there are two things you need to know before visiting: CASH ONLY and NO SLICES (i.e., whole pies only).

Remember I said "grumpy signage"? Menus, too. Seems like these old-time coal-oven joints like to scream at you from every available surface that you can only buy pizzas on a whole-pie-only basis. There's an interesting backstory to that involving Al Capone and mozzarella. Go read it and come back. I'll wait.

Oh, good. You're back. So, as I was saying, NO SLICES. I've been writing about NYC pizza culture so long that I forget not everyone knows the ins and outs of coal-oven joints like John's. But when I checked in on Foursquare on my latest visit, so many of the "tips" mentioned "bringing an appetite" because "they don't do slices" that I felt I had to warn you newbies out there.

Don't worry too much, though. Two normal eaters can easily down a medium pizza and be just the right amount of full afterward. Two hearty eaters might want to split a large pie.

Word is that they use canned sauce nowadays—if not, it tastes like it. It's missing the brightness of a freshly made sauce, but it does have a sort of comforting familiarity to it for anyone who grew up eating any type of jarred tomato sauce. My suggestion? Order basil on it to brighten things up a bit.

The cheese here, the fresh mozzarella that's pretty much de rigueur at coal-oven pizzerias, is creamy and gooey and there's an ample amount of it, yet not so much that it overpowers everything else. They at least have the balance down right at John's.

The crust is a little bland. At least on the pizzas we had on a recent visit there this week. Where it wasn't charred and smoky tasting, it was wanting for a little salt. I don't remember John's crust being this bland, so it might have been an off night. (I could write a whole screed on the variations in quality from one night to the next, but that's for another time and place.)

And, ah, the scratchiti. At one point this type of petty hoodsterism was transgressive. Now it's practically sanctioned by the staff. As one wag says on Foursquare:

"Take a key out and carve your name in the wood. They don't mind."

But that's all part of John's charm and it helps the place look its age. It's been around since 1929, when founder John Sasso left original NYC pizzeria Lombardi's (another NYC Quintessential) to start his own place. Check out the NYC pizza family tree here.

If you can, hold out for a booth. It helps if you have a party of four, especially when it's busy. (I've found they often won't put two people in booths when it's crowded—you know, the same way most restaurants don't.)

You'll be given tiny plates shortly after you order. They're not even big enough to hold a slice from the medium pie, but no matter. You'll pretty much wolf down the pizza here in a few bites, anyway. I don't think our slices even touched our plates.

Some folks say John's is a little touristy. I'm not going to argue against that. You know it, I know it, I'm sure John's knows it—else why create a T-shirt to sell? (That's actually not too bad a shirt. I'd buy that, if I weren't trying to cut back on my pizzeria T-shirt collection.)

But don't let that stop you. If you haven't been to John's yet, it's one of those places you need to try just for the history of the dish in NYC. And, heck, on a good day, the pizza's pretty tasty too. 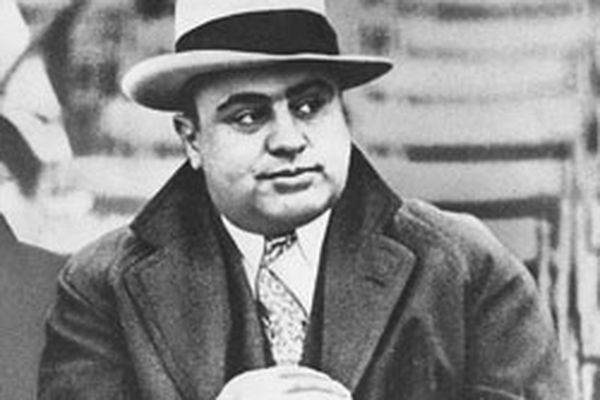 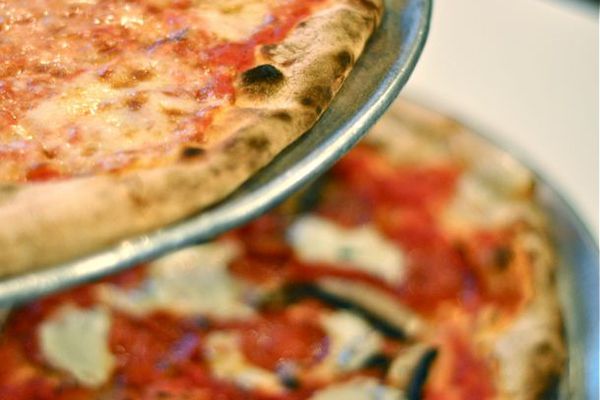 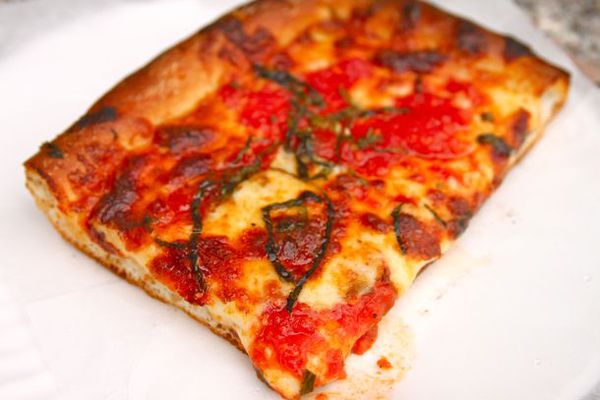 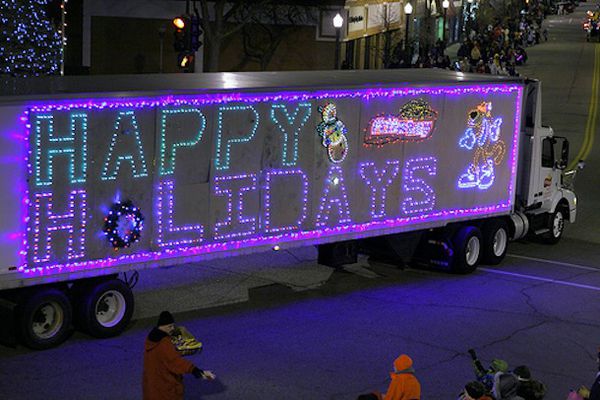 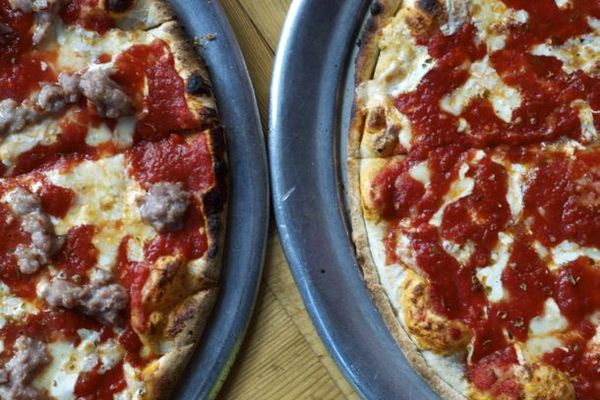