A blend of butter and solid oil gives these cookies a unique texture and richness, all wrapped up in a cinnamon sugar shell.

Stella Parks
Editor Emeritus
Stella Parks is a CIA-trained baking nerd and pastry wizard, dubbed one of America's Best New Pastry Chefs by Food & Wine. She was the pastry editor at Serious Eats from 2016 to 2019.
Learn about Serious Eats' Editorial Process
(21)
0
In This Recipe

My earliest memory of a snickerdoodle is inexorably linked to The Legend of Zelda. I can still feel the way my elbows dug into the painfully tight weave of the carpet as I stretched out on the floor, chin propped in the palm of my hand, watching my best friend load a golden cartridge into the NES.

We had no idea what was about to happen, only that it was going to be epic.

With the main theme blasting at full volume, somewhere between the introduction of Prince Darkness "Gannon" and my first glimpse of the Triforce, the smell of cinnamon sugar wafted into the room. Her mom would later deliver a plate of crinkly cookies, and, while I don't remember actually eating them, I'll never forget learning their name.

Snickerdoodles slipped into my vocabulary alongside Stalfos, Octoroks, and Tektites, and even to this day, those dusty brown cookies remind me of wandering through the deserts east of Hyrule. Perhaps that's why I've always considered them something strange and exotic, rather than a workaday American snack dating back to the 19th century.

Historically, snickerdoodles were actually a type of coffee cake, which is why they're so wonderfully puffy and soft. But in the early 20th century they evolved into drop cookies, a much handier incarnation, as they no longer required forks or plates to serve. They were still considered something of a tea cake, served at luncheons with other light nibbles.

During World War II, many snickerdoodle recipes began replacing part of the butter with shortenings like Crisco and Snowdrift. These pure fats created a richer dough that creamed up lighter than those made from butter alone, keeping the cookies particularly tender and moist. They also gave the cookie a slightly crinkly crust, a phenomenon that seems to result from blending saturated fats (à la brownies made from butter and chocolate).

It's that unique feature I remember most, but in the butter-phobic 1980s, the first snickerdoodles I ate were undoubtedly part margarine (another word that sounds suspiciously more like Hylian than English). I'm not inclined to bake with shortening or margarine, so I use coconut oil in conjunction with butter to create shining, shimmering, splendid snickerdoodles, sans hydrogenation.

While my initial tests relied on the neutral flavor of refined coconut oil, I eventually ran out and was forced to dip into a jar of fragrant virgin coconut oil. Instead of turning my snickerdoodles into some sort of tropical confection, it simply worked as an aromatic, boosting the otherwise subtle note of vanilla and rounding out the earthy sweetness of cassia cinnamon.

Speaking of which, old-timey recipes described these cookies as spicy, and they weren't kidding around. I stumbled across a recipe for snickerdoodles in an 1891 advertisement for Cleveland Baking Powder that called for one part cinnamon to three parts sugar for coating the dough, and, half a century later, some recipes had reached a 1:1 ratio of sugar 'n' spice.

We seem to have tamed things down since then, or else improved the freshness and quality of our cinnamon (which can be hysterically, dangerously intense). Still, I've found that snickerdoodles can handle a lot more spice than modern recipes dare to dish out, as long as you know how to apply it.

Use Two Types of Cinnamon for Complexity

My recipe uses a blend of commercially ground cinnamon (a.k.a., what's most commonly found in our pantries), with a boost in flavor and aroma from freshly grated cinnamon sticks. Not only does it create a more complex cinnamon flavor and pretty flecks of color against the dough, it delivers the same easygoing, I'm just joshing around sort of heat you'd find in Red Hot candies. It's a matter of taste, not science, so feel free to use what you have on hand or play around with the ratios; just remember that the flavor needs to be relatively intense so it can stand up to the otherwise sweet dough.

Cassia cinnamon sticks are easy to grate on a Microplane, the trick is to move the tip of the cinnamon stick up and down against the teeth of the grater, rather than try to rub it across the Microplane from side to side.

How to Make Snickerdoodle Dough

With those details in hand, the process of making snickerdoodles is fairly straightforward. Since coconut oil is naturally solid at room temperature, it behaves in much the same way as butter, enriching the dough and helping the butter cream up even fluffier and lighter, making the cookies thicker and puffier in turn (for the curious, read up on how the creaming method can affect the spread and rise of cookie dough).

The exact timing of the creaming process will vary from mixer to mixer, depending on bowl size and motor strength, as well as environmental conditions like chilly winter weather. What's important isn't the time spent creaming, but the physical changes in the fat and sugar, which should turn soft, fluffy, and pale before you add the egg.

Once the egg is incorporated into the dough, the flour can be added all at once. Here, as with any recipe, the type of flour itself is important. The starch and protein content of all-purpose flour can vary wildly from brand to brand, depending on the style of wheat involved, which affects how the cookies spread and rise, whether they seem chewy or tough, or cakey and dry. Gold Medal blue label is my favorite brand, because it's made from a blend of red and white wheat, for a nice balance of protein and starch that's perfect for cookies, cakes, biscuits, and, most, if not all, other purposes.

After the flour has been fully incorporated, it's time to shape and coat the dough. Mix up the blend of ground and grated cinnamon sugar, and divide the dough into two-tablespoon portions. Instead of dropping the scoops straight into the cinnamon sugar, roll each portion between your palms until it's smooth and a little sticky from the warmth.

After dredging the dough in cinnamon sugar, arrange the portions on a parchment-lined rimmed baking sheet, and flatten each into a disk with the bottom of a drinking glass. Keep going until they're just 1/2-inch thick.

This flattened surface makes a "shelf" to hold a bit more cinnamon sugar on top, so the cookies will still have plenty of topping once they spread in the oven.

The dough needn't be baked off all at once; uncoated portions can be refrigerated or frozen to thaw and bake at a later date—just hold off on coating them with cinnamon sugar until the last minute.

Thanks to a blend of butter and coconut oil, and cinnamon in two different forms, these definitely aren't the snickerdoodles of my childhood, although they sure taste like it—puffy, soft, and spicy, with a flavor that slays like a silver arrow.

For the Cinnamon Sugar:

This recipe works best with cassia cinnamon sticks, which are easy to grate and boost the classic flavor of cinnamon in snickerdoodles. Grate on a spice grater or zester, such as a Microplane, working from the tip of the cinnamon stick, rather than its side.

To make ahead, divide portioned dough between heavy-duty zipper-lock bags and refrigerate up to one week (or freeze for up to three months). Soften the dough at room temperature until roughly 70°F, then roll, coat, flatten, and bake as directed. 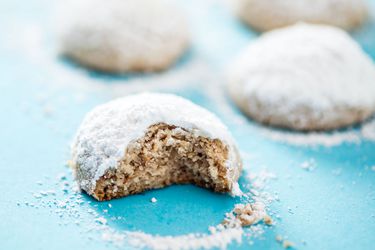 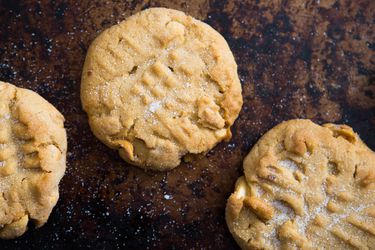