Every year, as January 25 draws closer, all across Scotland—and throughout the highly enthusiastic Scottish diaspora—people begin ironing their flashes, tucking their sgian-dubhs into their socks, and choosing between their formal and informal tartans in anticipation of Burns Night, the haggis- and whisky-fueled celebration of the birth of the poet Robert "Rabbie" Burns, and all things Bonnie and Scottish.

Back in 1759, when Burns was born to a farming family in Ayrshire, Scottish-ness was not something that could be celebrated quite so effusively. It had been 52 years since the Act of Union brought Scotland into the "English" fold as part of a United Kingdom, and only 14 years since the Jacobites, led by Bonnie Prince Charlie, invaded England and were defeated at the Battle of Culloden. The English took a dim view of the Scots invading from the north, and retaliated by breaking up the Highland clans, and even banned kilts in an effort to curtail symbols of patriotism.

Burns was something of a literary rebel, with his steadfast commitment to writing in Scots dialect and his passion for collecting and publishing local folk songs and ballads. His undaunted spirit of Scottish nationalism is what makes Burns Night, from the Glens of the Highlands, to the Lochs of the Trossachs, to the rocky shores of the Hebridean Isles (where my in-laws live), the party of the year.

The first official Burns Night wasn't celebrated in January. Rather, history tells of a commemorative dinner held in Burns's honor in the summer of 1801, five years after his death. Then, in 1802, some of his friends threw the first of what they planned to be an annual supper party on his birthday, which they thought was January 29. The following year someone thought to just double check the date with Ayr Parish Church’s birth records, and the party date was adjusted to January 25.

"Up here in our wee village, tickets sold out before Christmas," says Liz, a Burns Night aficionado famed for her clootie dumpling. "It’s incredibly popular. We have the party in the hall, but you might have it in the church, or at someone’s house if it’s big enough, it doesnea matter." My in-laws infamously hosted Burns Night one year in their barn, with an accompanying bonfire so large that the local fire brigade came to investigate.

In spite of its raucous reputation—a reputation of which Burns, who loved wine, women, and song, would have heartily approved—Burns Night is pretty much the definition of organized fun. There’s nothing spontaneous at all about a gathering that follows an official Standard Order, including regulated bagpiping (the best kind), poetry, recitation, and formal toasts. Luckily, there’s also always a lot of whisky, so everything gets fun fast, and only gets better as the night goes on.

Proceedings kick off with a piper, who pipes in the guests. For Hector, who owns both a fur sporran (a small purse that hangs over the kilt in the manner of a fanny pack) and a set of bagpipes, this is his moment to shine. "The rest of the year they all moan about me practicing, but on Burns Night I’m a hero!"

Post-piping, the host welcomes the guests, and someone stands up to give the Selkirk Grace, so called because Burns gave it at a party held by the Earl of Selkirk. The grace was my husband Jonathan’s first formal participation in Burns Night, at a school party. At age nine, all rucked up in his brother’s hand-me-down kilt, he was made to recite in his best and broadest Scots: "Some hae meat an canna eat, / And some wad eat that want it; / But we hae meat, and we can eat, / And sae the Lord be thankit."

With the prospect of meat in the offing, and thankfulness all round, the drinking of whisky begins. (“Not at the school party, obviously" Jonathan’s quick to clarify, "though we were allowed Irn Bru, which was a big win.") And so, piped, poem-ed, blessed, and toasted, it’s time to eat.

The first course at a Burns Night Supper is usually soup. Scotch broth if you’re being traditional, sweet with barley and lamb; potato soup if everyone’s going to be hitting the whisky hard; a creamy bowl of Cullen skink with plenty of finnan haddie (smoked haddock) if you’re a wee bit fancy; or cock-a-leekie if you want to honor the (semi) official soup of Scotland, happen to have a lot of leeks in your vegetable patch, or you just like saying cock-a-leekie, and who could blame you?

All this is mere anticipation-building to the main event of the supper, the haggis, which is piped in, brought round the table for everyone to admire, sliced with great ceremony (and, sometimes, a great saber) and served with neeps (turnips) and tatties (potatoes), but not before it’s been addressed with eight stanzas of Burn’s most famous poem, "Address to a Haggis":

Haggis is a savory pudding made from minced sheep’s heart, liver, and lungs, mixed with onion, suet, stock, pepper, and blood, all stirred through with oatmeal to give it bulk. The mixture is then stuffed into a stomach and poached until tender (or, if you’re in a Glaswegian chippy, battered and deep fried). When the casing is sliced, the innards spill out, dark and red, a moment celebrated by the poem’s most famous (and, arguably, least appetizing) couplet:

And then, O what a glorious sight,
Warm-reekin, rich!

Having laid down a strong foundation of food, the drinking portion of the evening begins in earnest with a series of toasts. The first of these is the Toast To The Lassies, which originated as a heartfelt thank you to the cooks, but is now a ribald rhyming thesis about women in general. It’s followed by a rebuttal Toast To The Lads. Both the toasts are prepared beforehand by guests, and should be a) rhyming and b) funny. One year Liz (mother of Jonathan’s childhood best friend Christopher) was in charge of the Toast To The Lads. Much to the surprise of the children, she apparently aired a lot of opinions about what men were and were not good for. “Did I?,” she says, now. “Och, I don’t really remember! Well, maybe I said that in bed men were good for warming your toes on! Something like that? I don’t think it was a very rude toast, but ah well, you never know.”

Dessert follows; maybe clootie dumpling, a rich, boiled fruit cake, (according to Jonathan, Liz’s version is especially good; “pure Barry,” apparently) maybe cranachan, a trifle-like pudding made with whisky soaked oats, honey, and whipped cream. But everyone knows dessert is just the calm before the storm. By the time plates of oatcakes and cheese have been passed around the drummer and fiddler will have set up in the corner, and the accordion player will be will hauling in his instrument from the trunk of the car. It’s time for the Ceilidh to begin.

Dashing men in kilts—and not so dashing men in kilts—leap heartily into "Strip The Willow," "The Dashing White Sergeant," and "The Gay Gordons," leaving chaos in their wake. "We went to a party one year, out in the wilds in the middle of nowhere in this wee village country hall," Liz recalls. "It was absolutely mad. They do all the dances double time, so it was killing! You normally go ‘heel, toe, 1, 2, 3,’ fairly slowly, but they were hauling about! It was absolutely knackering!"

Generations of Scots hit the dance floor to birl and reel about, with daggers stuffed down their socks, which is apparently fine because it’s traditional. This is the point in the evening when my brother-in-law Timothy once stabbed himself in the eye with his thistle boutonnière and ended the night in the hospital; it is when I was once whisked around so vigorously in the refined setting of the Edinburgh Assembly Rooms that my stiletto (rookie mistake) flew off and hit the fiddler.

While the band takes a break, other entertainers have a chance to shine. Someone might recite a couple of short verses from the Burns classics "To A Mouse" or "To A Louse," which, to be honest, were probably funnier back in the 18th century. Jonathan may (as he did as a teenager) even burst into an impromptu and unasked for rendition of "Tam O’ Shanter." You never know. But you can be certain that more drinking will occur, and that the second set of dancing will be even more dangerous than the first.

With one last waltz, it’s time for the band to pack up and head out. Nothing stands between revelers and the road apart from a final sing-along of "Auld Lang Syne", (which Burns transcribed/wrote from a traditional ballad):

Burns Night is over for another year. With warm Scottish (and Scottish-adjacent) hearts aglow, we head home through the cold winter’s night, exactly the way Burns would have wanted it. 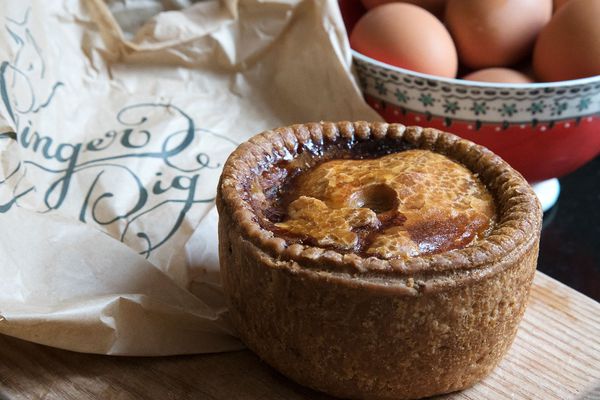 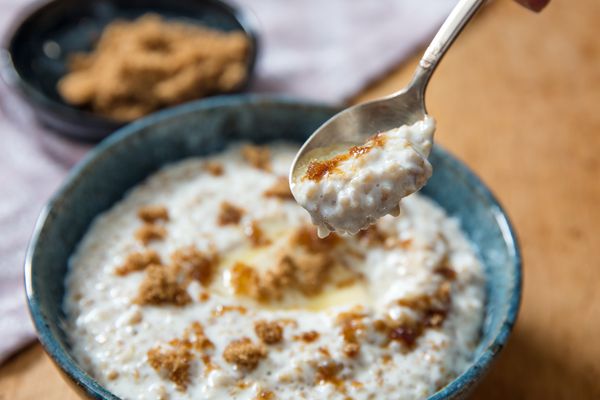 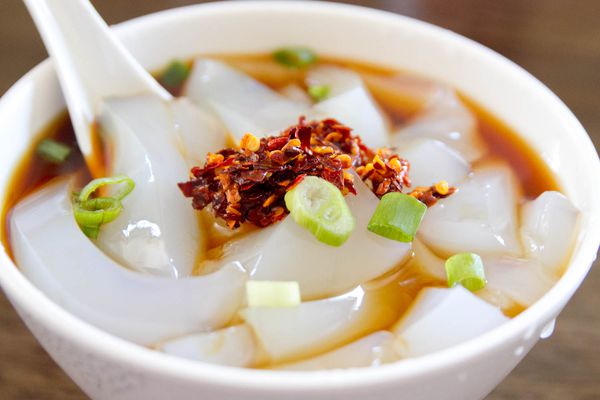