A few years ago, I dubbed Heston Blumenthal's burger from his In Search of Perfection series to be The Most Labor-Intensive Burger in The World. And rightfully so. The recipe, which involves making the patty, cheese slices, ketchup, and buns takes a whopping 30 hours and 4 minutes to complete from start to finish.

Well, in Modernist Cuisine, the 2,400+ page, 5 volume, $625, most-highly-anticipated-cookbook-of-the-century that's getting just as much attention for its photography as for its thoroughness, Dr. Nathan Myhrvold one-ups Heston several times over. Over the next couple weeks we'll be sharing a few images and notes from the new book, which, for the record, is one of the most impressive things we've ever seen. But for now, feast your eyes on the burger (click the image above for a larger size):

From the top down, here's what's in it:

Like the book itself, this creation is impressive, if only for its attention to detail and level of overwrought fussiness. But if this burger tastes anywhere near as good as the photograph is cool, I'd imagine it would ruin you to all other burgers for life.

Personally, I can't imagine it being any better than a Shack burger, or a Spotted Pig burger, but with exercises like these, sometimes that's not the point.

What are your thoughts? 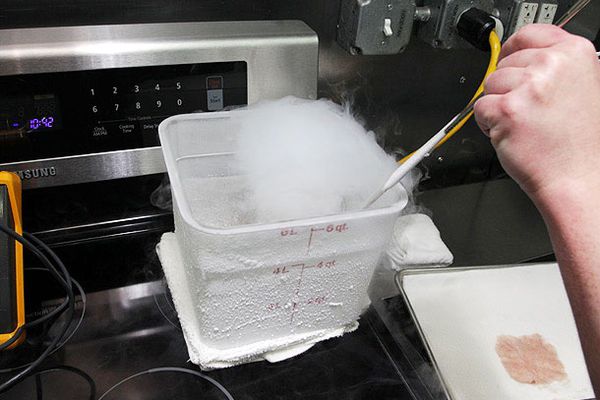 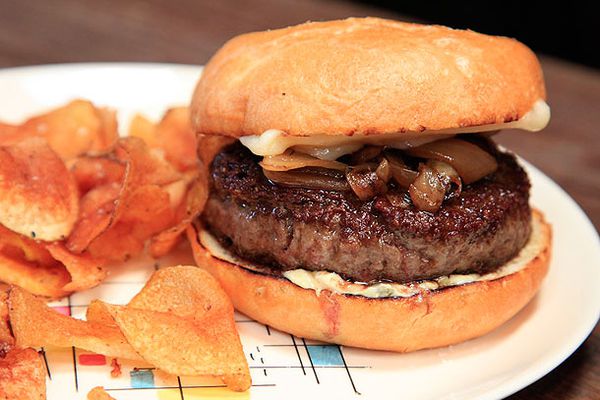