Home for me is Northern New Mexico. This time of year the canyons are blanketed in snow, the streams frozen solid in quiet ravines. New Mexicans, an ornery but kindhearted bunch, keep warm by consuming liberal amounts of red and green chile. The latter makes its way into practically every Northern New Mexican dish, from green chile enchiladas to the ever-present posole.

Posole is Mexican in origin, a corn stew cooked with pig's heads, trotters, pork neck bones and, occasionally, chicken. In Mexico proper, posoles are enriched with jalapeños or dried chiles anchos and guajillos. Above all, white flint corn defines the soup; the corn, which is dried and rock-hard, must be rehydrated and long-simmered to become tender. After hours in the pot, the kernels soften and "bloom," sopping up the meaty broth of the stew.

There is nothing quite like posole that brings out the New Mexican in me. Whenever I cook a pot of it (and note: the stew is really meant to be made in prodigious quantities), I use many pounds of pork neck bones, altogether ignoring the trotters and possible heads that could be thrown into the pot. This is how I devoted I am to pork neck—while trotters and ears are also wondrous parts, only neck is needed to reach posole perfection.

I first tasted posole in a restaurant near Chimayó, a village not far from Santa Fe with a population that falls just under three thousand. Each time I go back to New Mexico I'm still surprised by the sparseness of the state, which, among other notable accomplishments, ranks something like forty-fourth out of fifty in counts of population density. Averaged out, there exist about sixteen people per square mile. In certain areas, the count must plummet precipitously close to one or two.

I know a woman, for instance, who, when driving by a graveyard with her husband, commented to her spouse that her great-grandfather was buried there.

"Oh really?" he replied. "What a coincidence. So is mine."

Turns out it wasn't much of a coincidence at all. Further questioning revealed that the woman and her husband are, in fact, third cousins.

Still, with so few people to govern, New Mexican authorities can really go to town on the minutia of regulatory laws. Years ago a friend's mother hit an elk on her way home from work. When she called in to report the incident, an official from the Department of Game and Fish informed her that the elk she hit was technically the property of someone else on the waiting list for claimants of roadkill; she, by virtue of hitting her own large animal, would now be put on the queue as well. The origin of the waiting list is unknown, though we suspect that whoever first hit an elk in New Mexico failed to reap what he sowed. It's been years since that particular elk met its end, but my friend and his family has yet to experience the joys of elk jerky and elk stew.

Such are the hazards of living in a sparsely populated state—that you could unwittingly wed your own blood relation, or more commonly, hit all kinds of good-tasting game on the lonely stretches of highway. If you happen to have elk, try your hand at an elk posole, which, by all accounts, is pleasantly gamey.

On the Virtues of Pork Neck

I've waxed poetic about the neck bones of other animals; pork neck, perhaps the most widely accessible at the store, is also the most versatile given its porky yet unassuming flavor. The tender meat surrounding pork neck is marbled intermittently with fat, cartilage, and tendon; with proper gnawing, marrow-flavored sinews easily slip off the bone. That neck bone is still relatively cheap at the butcher's counter is beyond me. With flesh just as silky as that of oxtail or trotters, neck meat is my preferred stewing meat when I'm making posole or any type of meat broth, for that matter.

New Mexican posole varies mainly from the Mexican version in its usage of the indigenous green and red chile. Both types of chile are actually one and the same—the former is roasted in its green and immature stage; the latter is allowed to mature to a red hue before being dried. For a verdantly colored, mildly spicy posole, I stew my pork neck bones with plenty of tomatillos and green chile. The slightly sour, juicy tomatillo fruit carries complex notes of citrus. It bears no real relationship to the tomato, by the way, despite its resemblance.

The broth of the posole, already enriched by the porky goodness of the meat and bones, is furthered thickened by the all-important addition of toasted pumpkin seeds. Raw and hulled, the seeds are toasted and puréed along with the tomatillos and onions before being added to the stock. The combination of tomatillos, green chile, and pumpkin seeds makes posole broth both spicy and soothing. Finally, to complete the New Mexican experience, eat your posole sopped up with a stack of homemade tortillas. 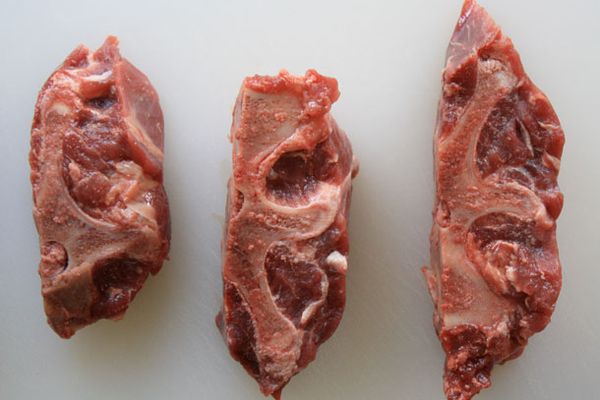 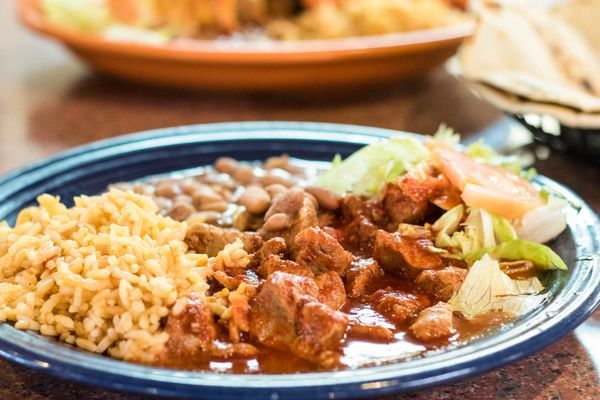 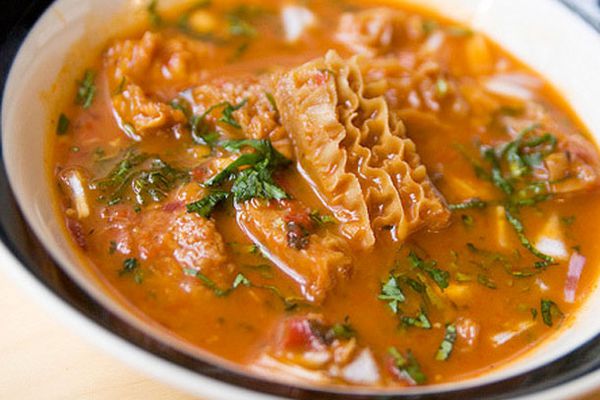 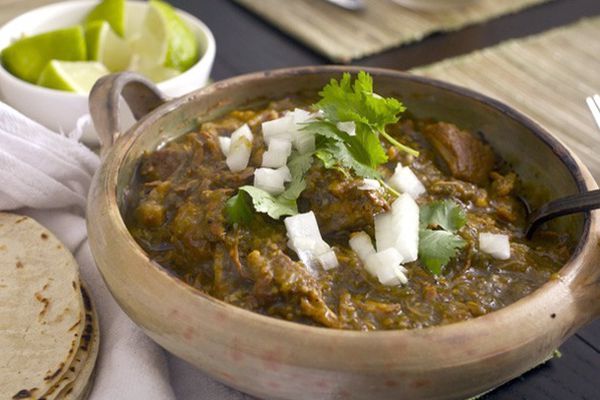 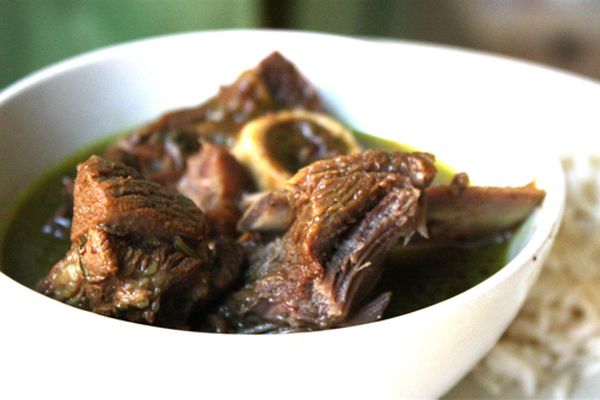 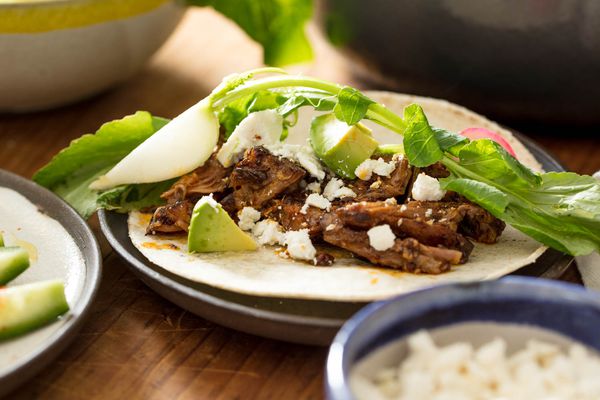