If you follow My Pie Monday, then you're already familiar with RobynB's pizzas. Today she tells us about her oven. And dig this: Hers is an indoor wood-fired oven. Someone knows how to roll. So without further ado, let's get her in the hot seat. —AK

When did you put it in? Did you build it yourself or have someone build it?

For years we had talked about a wood-fired oven and had even gone to look at a couple manufacturers (we are relatively local to both Forno Bravo and Mugnaini). Dan has a competition-quality smoker outside already that we bought years ago. I'm a vegetarian and I'm not crazy about smoked flavor, so the WFO was to be my baby. I wanted it in the house. I love camping, but I don't enjoy cooking outside at home, plus I wanted to use it year-round without fussing. And I wanted that hearth, that live fire blazing, in the dining room right by the table.

Our house is open-plan, the dining room and kitchen are one big room with just an island between them. We originally talked about shoehorning the oven into a kitchen wall, but once we thought of the dining room wall, I wasn't budging. It really worked out so perfectly, it's hard to remember what it was like before it was here.

The oven itself is from Four Grand-Mere in France; it is the F950-B which means it has a 95-centimeter interior (though it's actually a touch bigger in reality; the deck is 39 inches), and the inside of the dome is brick.

The exterior of the dome is Chamotte refractory concrete. We had a custom floor laid by a local mason because we weren't happy with the floor it came with, but otherwise the oven engine itself is pretty much as shipped from France.

Usually every weekend, though we do skip probably one weekend a month. Sometimes we just cook one evening, and sometimes it's several nights in a row plus using the residual heat, so it really depends. During the hottest part of summer, it can sit for a while—when it's 100°F-plus in the house, the last thing we want to do is have a fire going. But I'm OK with that because I hate dealing with dough when it's too hot anyway, and it's only that hot a few weeks of the year. We're close enough to the ocean that we usually cool off in the evenings.

You mention the residual heat. I know a lot of oven owners take advantage of that for cooking things other than pizza (THE HORROR!). What else do you prepare in that bad boy?

Dan grills meat over the Tuscan grill occasionally. I use the residual heat a lot for roasting vegetables, making dishes like eggplant Parmesan. It's great for reheating slices the next day, and I've baked bread a few times. I made chili in a cast iron pot using residual heat once but didn't realize how the heat surrounding the pot, including the lid, would evaporate liquid much quicker than I expected, so it dried out quite a bit—next time I won't leave it all day in there.

I'm sure we will continue to find new uses for it as time goes on. We fired it the first time just eight months ago so we're still expanding our comfort level with it.

Those of us watching MPM know, but for the rest of 'em out there, what style of pizza do you normally do?

Neapolitan. I've been known to add a tiny amount of rye or buckwheat to my dough, and my toppings are definitely not all traditional. But my usual crust is straight traditional Neapolitan, 100% "00" flour, overnight room-temp bulk ferment. Now that I've got my go-to crust down, I do want to experiment with a Pizzeria Mozza–style puffier, breadier crust for fun.

I think my steady favorite is always my homemade pistachio pesto, made with roasted unsalted pistachios, basil, EVOO, good Parm, and meyer lemon zest , no garlic, plus red sauce and aged mozz, and red onion slices. But that white asparagus pizza with meyer lemon slices was pretty incredible... Dan's more traditional than I am, prefers really simple minimalist toppings, but he says my pesto favorite is his favorite also.

That description and photos have my stomach rumbling. ... What about friends and neighbors? Do you share the bounty?

As often as we can find willing eaters—since we don't have kids, it's just the two of us and we can only eat so much pizza. In fact, that's become one of our qualifications for new friends: "How much pizza can you eat and how often? Oh, you don't like pizza? Nice knowing you."

And we see a lot more of our pizza-loving friends and less of the ones that are always on strict diets, like our friend who is currently into the Paleo diet—that's definitely cut down on dinners at our house together. I also take a lot of leftover pizza to work, where it disappears quickly.

Hahahahaha. I love it. What do these folks think about your pizza madness?

Most people think we're a little nuts (or maybe they're being polite and they really think we're a lot nuts), but I notice they're usually up for eating pizza. My mom can't understand "working this hard for a pizza," but she usually orders takeout pizza that you couldn't pay me to eat. She does say mine is the best she's had, but she still doesn't get it. Most people think the oven is incredibly cool, and they seem to love the pizza, so even if they thought we were crazy to put it in, they appreciate it now that it's done.

I grew up on standard crappy frozen and local chain pizza. Dan's first pizza memory is of the cartoon dancing pizza at the local drive-in movies and the concession-stand reality, which he says he loved when he was 7. Dan's best friend's mom used to make "pizza" with a flour tortilla, ketchup, and grated American cheese when he was a teenager and apparently that left lasting memories, too.

We spent a fair amount of time in the first 10-plus years we were married trying pizza at upscale restaurants and looking at photos in magazines that looked like what we really wanted to try, but nothing we actually ate was all that great. We tried grilling pizza, and increasingly heavy pizza stones, and a cast iron pizza pan under the broiler, and I went through many home-oven crust recipes, and I was just frustrated. I knew there was something better but I really had nothing to frame my expectations.

Meanwhile we kept talking about a WFO and looking at them but weren't sure it would really make the difference. I kept saying, until I taste a pizza that is as good as I keep imagining it could be, why bother? Then we ate at Tony's Pizza Napoletana in San Francisco for the first time, and that was my epiphany. Six months of research and shopping later, we bought our WFO and started the project.

Tony's is great. It's one of my favorites in SF. But you're a ways away from it. Where do you go for pizza around Scotts Valley?

Around here, nowhere more than once! Seriously, we live in a pizza wasteland. Two hours away is the San Francisco Bay Area, with many good pizza destinations, but there is nothing closer, so why go out?

I can't argue with that. Especially if you've got the oven right there. ... What one thing should NEVER go on a pizza?

This is my personal preference only: fish, seafood, shellfish, anything fishy. <Shudder.> I will admit that I cannot stand fish in any form, never have been able to. But fish on pizza seems even worse, maybe because I love pizza so much. Sorry, everyone!

We're pretty anything-goes as far as toppings so probably the dessert pizzas are the most unusual.

Not far, probably 2 to 3 hours. We're kind of boring, really.

Honestly, our oven is wonderful but we're just boring people who thought knocking a hole in the wall for a WFO was a good way to spend a summer. It wasn't, by the way, but our marriage survived and the end result was worth it!

Ha. Please. There are plenty of things way more boring than installing a kick-ass oven. ... Let's see ... anything else?

Sometimes an oven is more than just an oven. Dan and I bought our house 13 years ago as a major fixer-upper and have been working on it ever since. The original plan was to fix it up over five to 10 years, then move. Needless to say, the changes in the housing market had some influence in our plans, and so did the fact that Dan has done so much work on this house, he's fallen in love with it. A few years ago some of the reasons I'd originally wanted this house changed, and I started wanting to move, but he did not. I'm not quite sure how the timing all worked out, but somehow an unspoken compromise was reached: We put in a WFO, and I'll stay in this house. It worked :-)

I was going to suggest Pizzablogger, but a little birdie told me that's in the works, so... I don't think you've interviewed Matthew from Toronto yet, and John Conklin (JConk007 on Pizzamaking) would be a heck of a fun interview!

I agree! Maybe we can get these guys in the hot seat... And, yeah, I heard the same thing, too, about Pizzablogger. That guy is pretty coy, though. Anyway, thanks for sitting in the hot seat, Robyn. Here's to continued awesomeness from that oven. 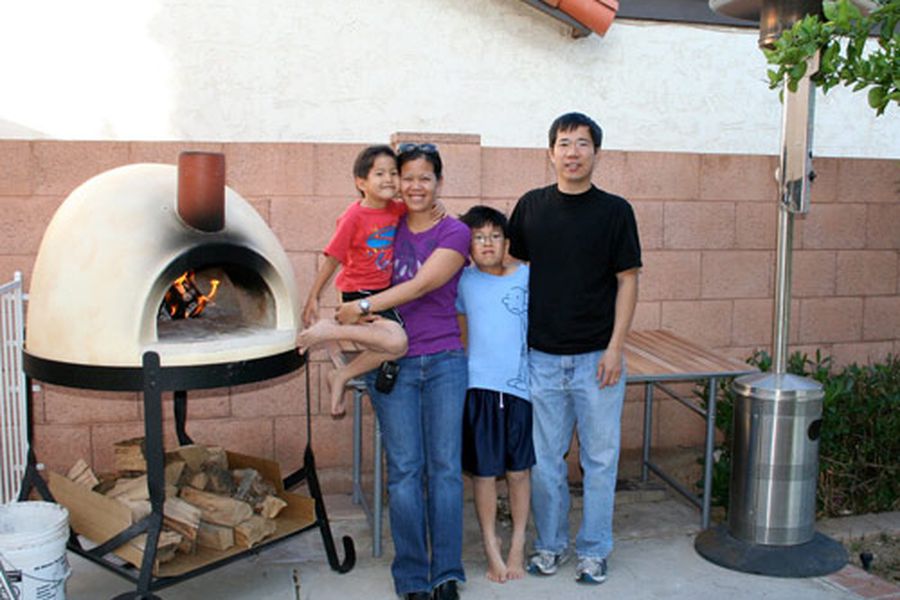 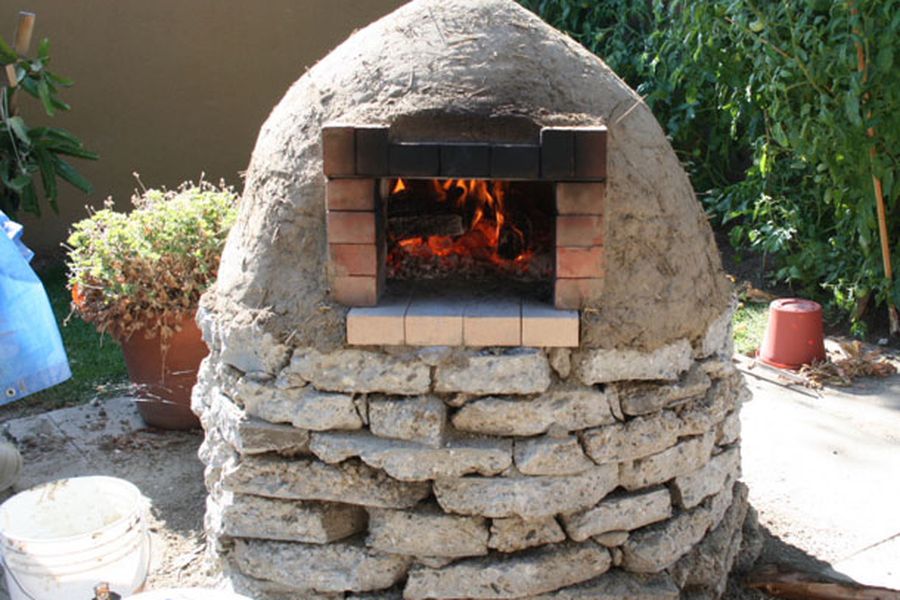 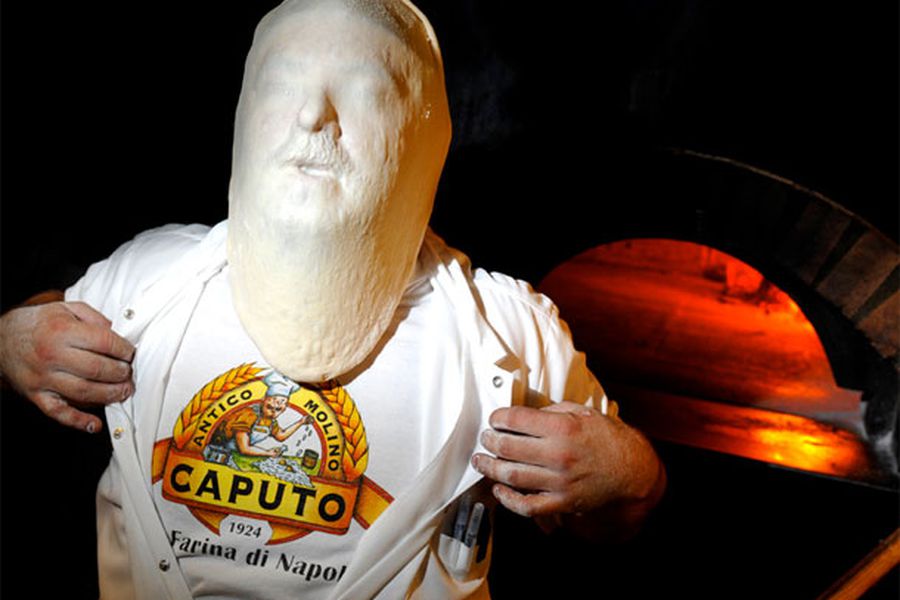 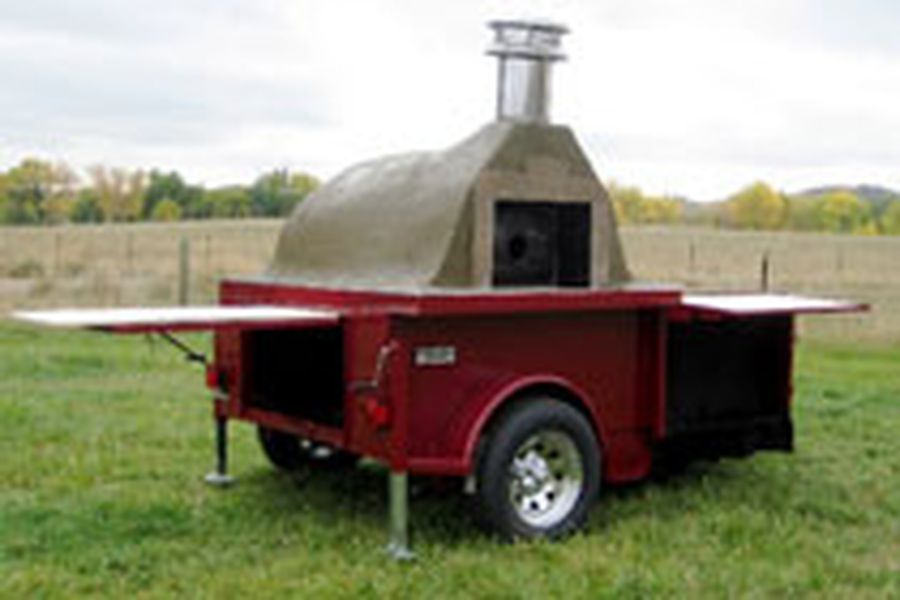 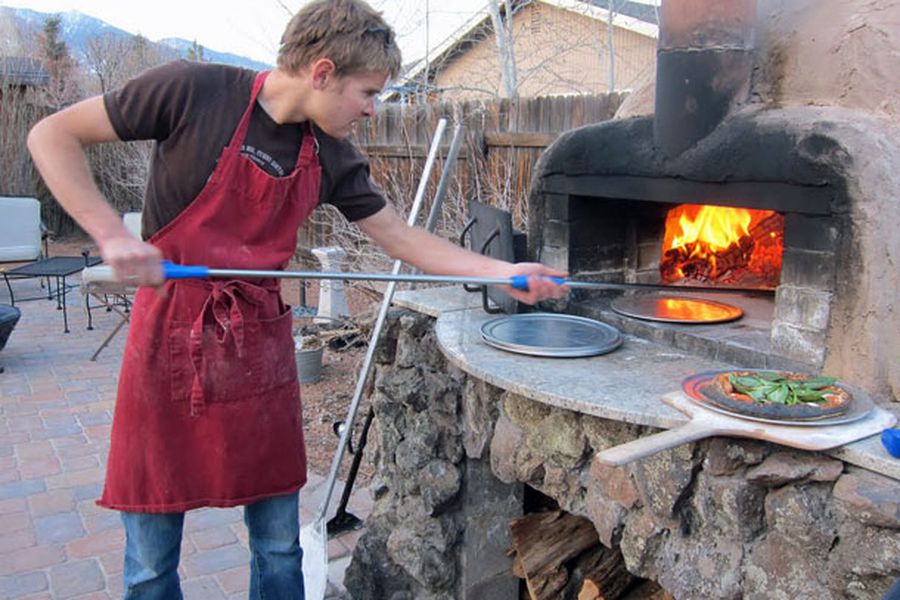 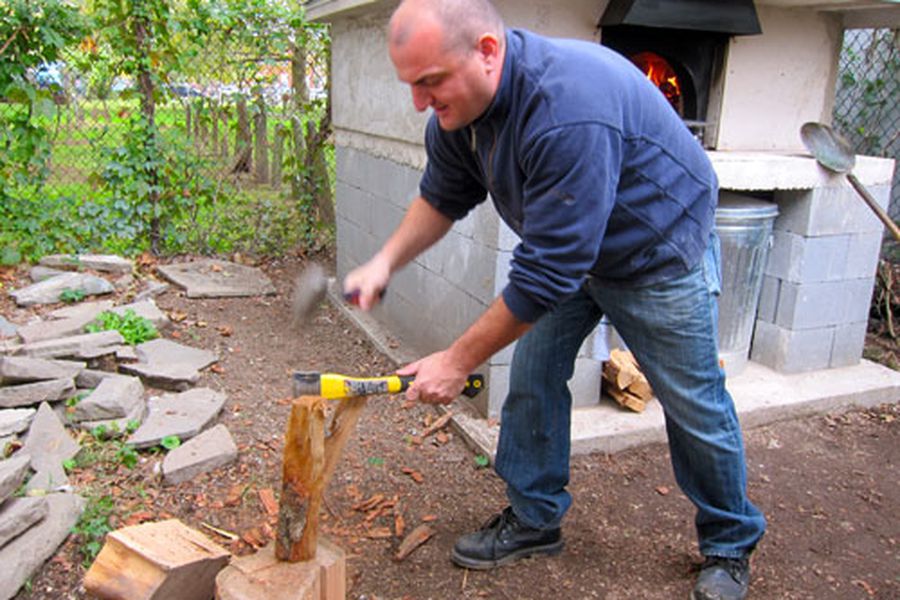 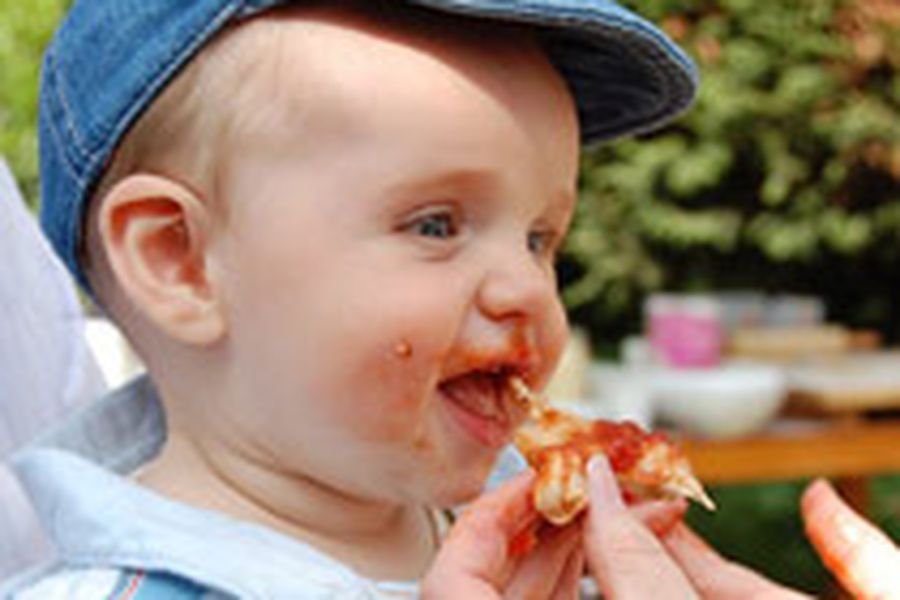 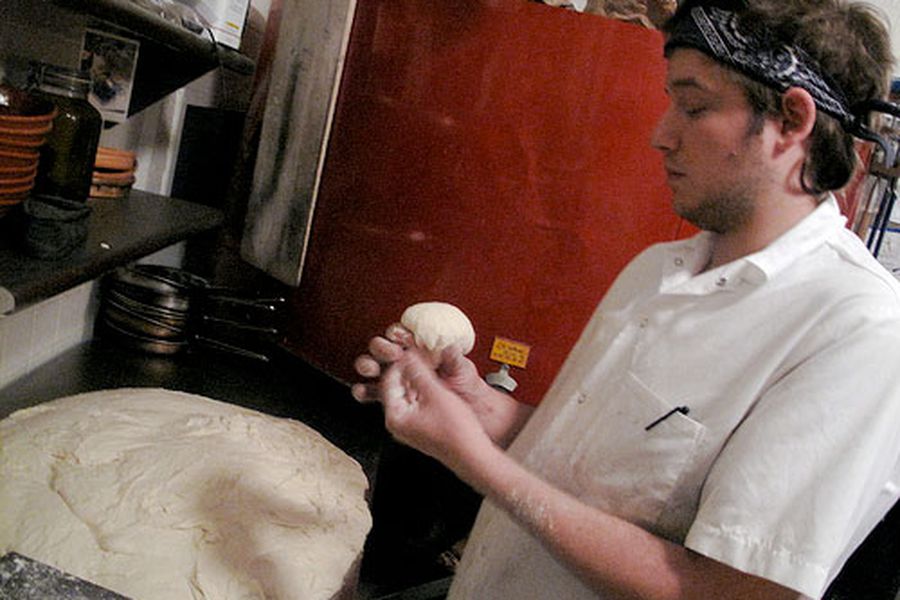 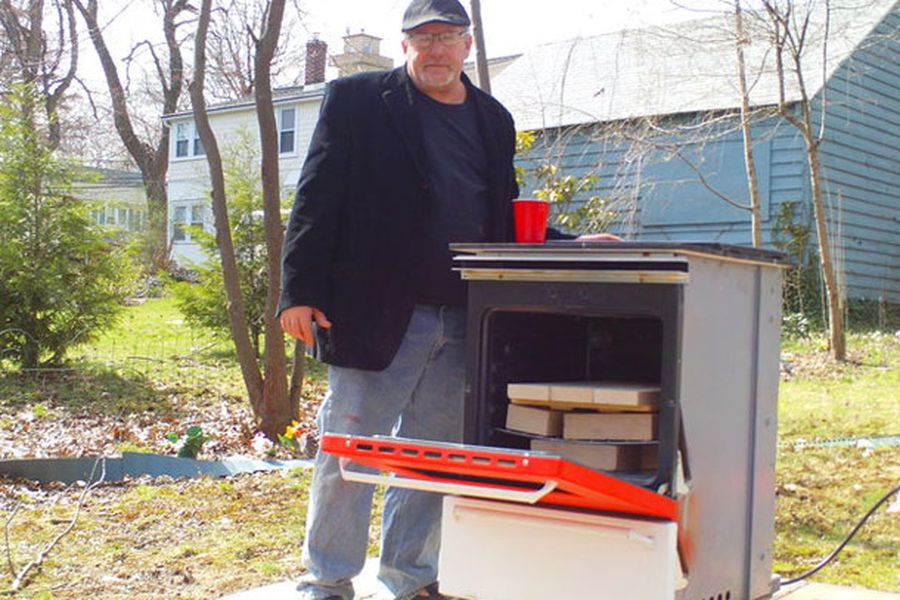 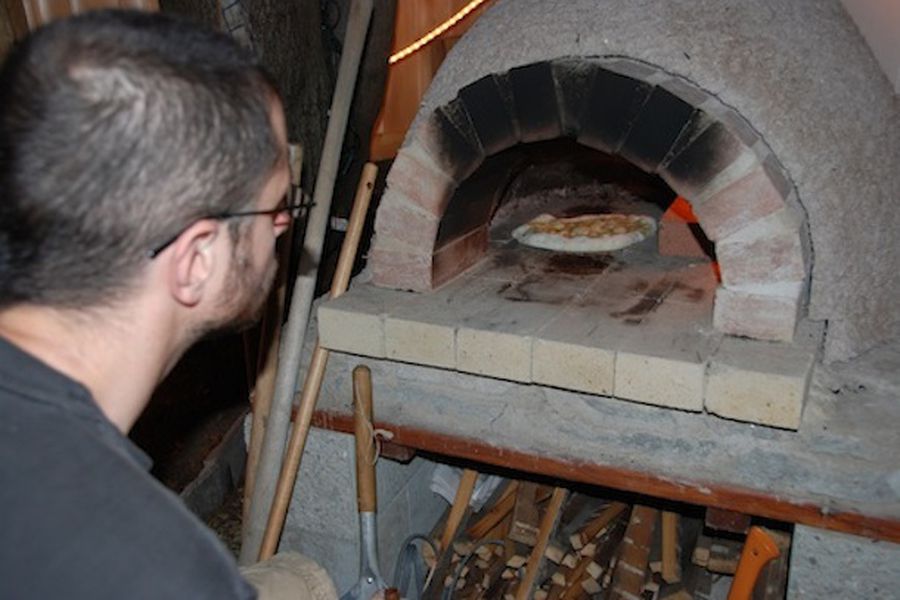 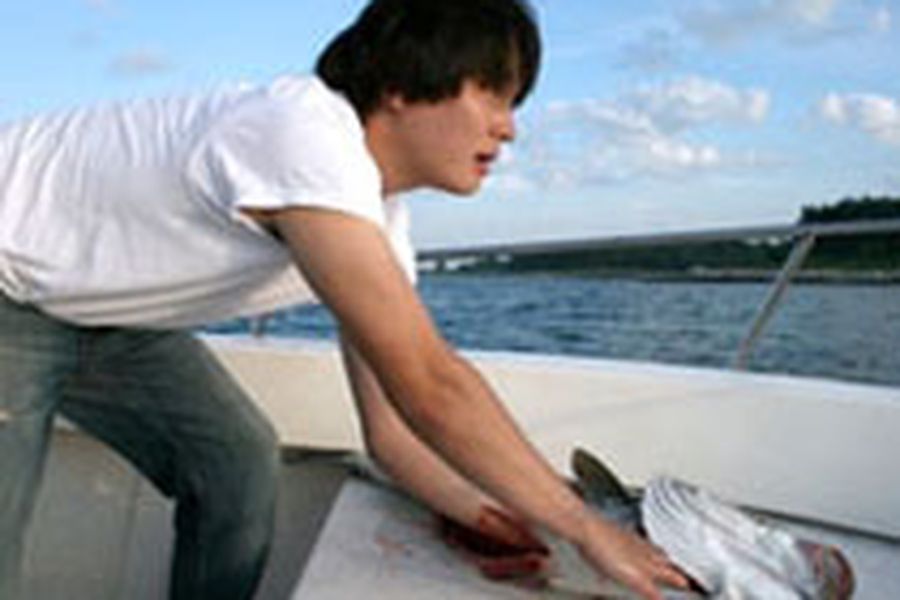 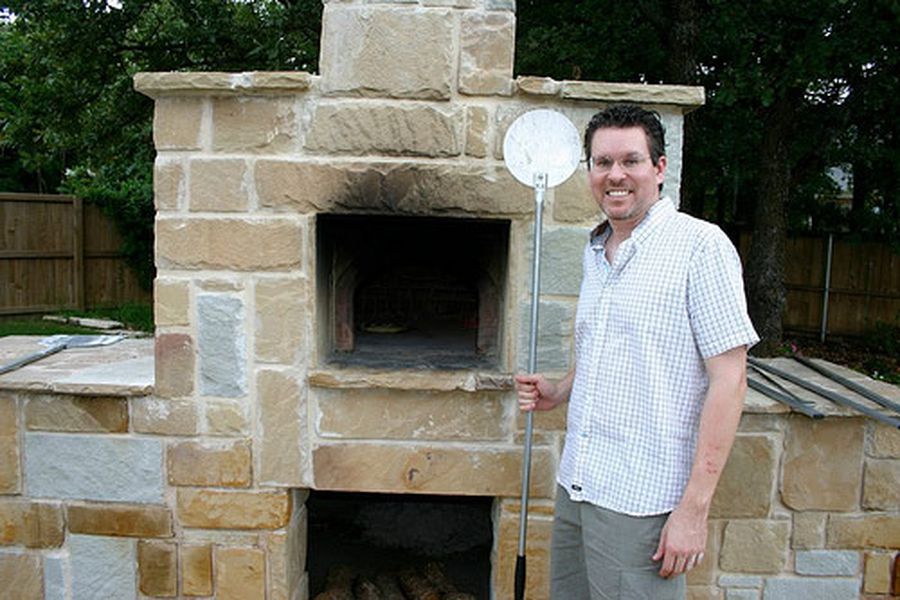 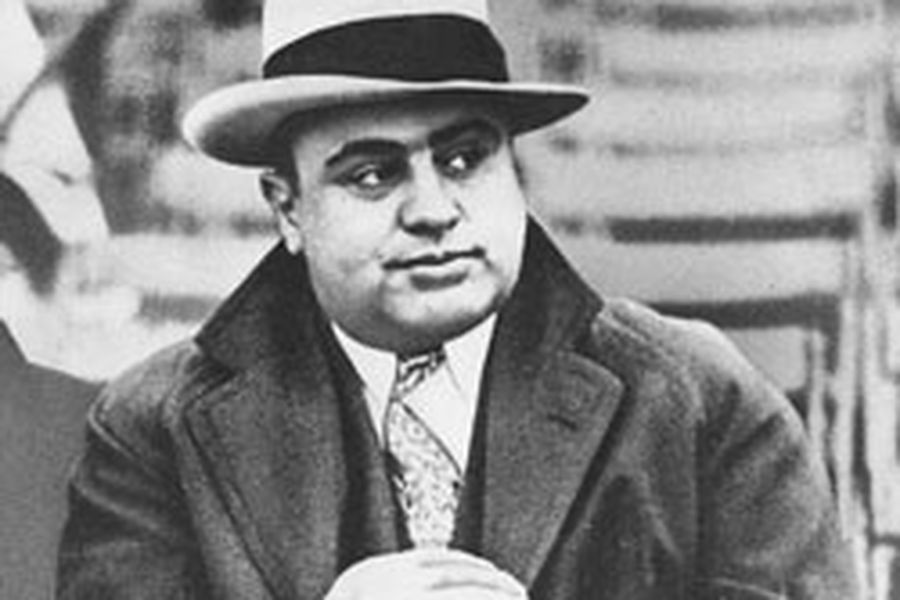