When I put out a call for people to be featured in the My Pizza Oven series, I never thought I'd get a response from someone who lived a mile away from me in Brooklyn. I mean, it's New York City--not that many people have their own yards here, and of those who do, how many are crazy* enough to put in a backyard pizza oven? Nice to see an oven grow here. --The Mgmt.

"When we first started building the oven people thought we were building a bunker..."

You put a pizza oven in the garden of your Brooklyn home. First question, then: Do you rent or own?!?

"When we first started building the oven people thought we were building a bunker..."

We rent. I know it seems a bit crazy to build an oven in the backyard of your rental apartment, but my wife and I have always wanted to build a bread oven, and she started baking a ton of bread this winter. We had the space out back, so we thought why not. I figured it'd probably take a couple of oven builds to get it right, and it seemed as good a time as any to get some oven building experience.

Our landlords are pretty great, and after sending them a few photos of ovens made with the plans we wanted to use, they were all for it.

Of course they were--you just increased their property/rental value. (By the way, lemme know if you ever plan to move.) Anyway, I see you did the work yourself.

We did. My brother helped a ton. He is a piano mover/refinisher out on Long Island, so he has a panel truck we used to haul all the cement/bricks/supplies. The plans we used are for novices and experts alike, and we had basically zero masonry skills when we started. It has been a learning experience, to say the least.

The tough part about building in Brooklyn is the limited access to the backyard. We had to lug all the materials though our basement. Once I had hauled a dozen or so 80-pound bags of concrete through the basement, I discovered a newfound appreciation for my desk job.

Where did you get the plans?

I started looking for info about building ovens on the web, and found this great site: fornobravo.com. They have free plans for building Pompeii brick ovens, and once I got the idea of building a brick pizza oven (one that could also make bread) I became obsessed. The guys at Forno Bravo are great, and they have forums as well with tons of info from people out there building ovens. It was an invaluable resource.

When did you put it in and how long did the construction take?

We started in earnest around the beginning of May, and we just finished the final touches last weekend (steel door, finish coat of stucco), so about three and a half months total. It rained a ton this summer, so we missed a lot of days where we couldn't pour cement and such, not to mention days we were out of town. To be fair, I'd say we worked about a full day, at most a day and a half, for each weekend in the past three months. We made our first pie around the end of July.

So far, we've fired it about two times a week when the weather permits.

It is modeled after an Italian brick oven, and they are designed to make all sorts of great things. So far we've made:

It is actually pretty amazing how well the oven works. The first thing we made after pizza was a roasted chicken. I just can't describe how amazing it was. Not to mention the pizzas. They cook in about 90 seconds, and when I pulled the first one out of the oven, and the backyard smelled like a pizzeria, we knew all the work was worth it.

Forno Bravo has a free PDF cookbook for making all sorts of things in the oven. They also have a great list of PDF books from building an oven to cooking pizza at home with a pizza stone: http://www.fornobravo.com/store/eBooks-CD-ROMs-p-1-c-260.html

I grew up on Long Island, so I like a good New York–style pie, but that said, I am a big fan of a good Neapolitan pizza, and I love Grimaldi's. We've been playing with different ideas and styles of pizza. We have been using Vincent's Sauce (from Vincent's in Little Italy) on our pies lately with interesting results.

On that note, most of us live in close quarters in Brooklyn. Are your neighbors ever bothered by the smoke? Do you see neighbors from other buildings looking down into your yard as you bake?

Our closest neighbor said the other day that he loves the smell of the fire, so hopefully the rest of the neighborhood shares the sentiment. When we first started building the oven people thought we were building a bunker, but as it came together they seemed pretty interested in the whole affair.

I can see in their eyes that they think I'm crazy, but they don't dare say it while I'm sliding fresh brick oven pizza onto the table.

Do you have a backyard pizza oven? Would you like to be featured on Slice? Hit us up: adam@sliceny.com.

*The good kind of crazy, of course. 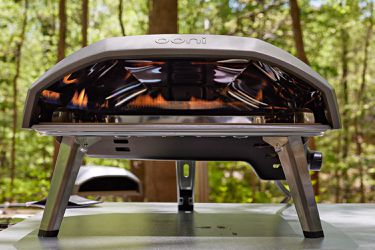 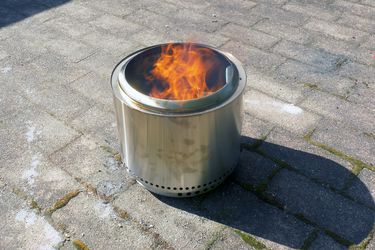 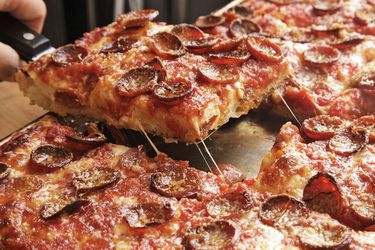 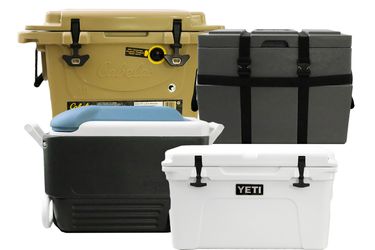 We Tested 8 Coolers to Find the Best Ones for Parties, Beach Hangs, and Road Trips