I gotta admit it: I'm not an American pancake lover. I know grown men who go weak in the knees at the sight of a stack of thin golden-brown cakes. Not me. Chinese scallion pancakes? Send 'em my way. Korean pajeon? Even better. I'll even take a crêpe or a roti over a flapjack.

I think it all comes down to my predilection towards savory foods over sweet. But who ever said American pancakes have to be sweet? What's stopping us from savory-ing them up?

That's exactly what these pancakes are. They start with a basic American-style pancake recipe, but they come stuffed with crisp bacon, sautéed corn, jalapeño peppers, scallions, and—the kicker—pockets of gooey melted cheddar cheese. These are pancakes that I can really get behind (or perhaps more precisely, get my mouth around).

My first strategy was to simply add a mixture of sautéed corn, bacon, jalapeño, and scallions along with some grated cheddar cheese to my standard pancake batter recipe. After all, the just-add-stuff strategy worked out fine for my Bacon, Cheese, and Scallion Waffle recipe. But a pancake is not a waffle, and that strategy didn't work for a few reasons, the main one being structural.

A waffle has the advantage that it cooks entirely in an enclosed, rigid mold. A pancake, on the other hand, needs to be flipped. Simply adding all my flavorings to the batter made for a pancake that was too heavy and weak to flip without folding or splattering. The gooey cheese seemed to be the primary suspect here, so I tried incorporating it a few different ways, including grated and cut into slabs that I nestled into the batter and topped with more batter (this was delicious but even more difficult to flip). In the end, cubes proved to be the way to go.

Not only do cubes leave more batter space intact, they also melt into nice caves of gooey cheese that offer intense bursts of flavor as you eat the pancakes. Much more exciting than having grated cheese laced throughout.

To up the corn flavor in the pancakes, I also ended up replacing half of the flour with fine cornmeal and the sugar with honey (honey and corn are just such a great combo), which ended up making the final recipe not that far off from my brown butter cornbread.

I don't ever head into anything blind. I watch the preview before going to the theater. I make a map of my food stops before I hit a new city. I can only imagine how frightening a first date with me would've been if detailed online personal information had existed back when I was still dating.

When it comes to pancakes, I like the exterior to tell a bit about what's going on inside, which means that the flat, golden-brown expanse of cooked batter that these guys were exhibiting with just that tiny hint of gooey cheese around the edges wasn't going to cut it.

To fix this problem, I decided to keep half of my filling out of the batter, spooning it on top of the pancakes after ladling them onto the griddle or pan. That way, after flipping, the corn, bacon, and scallion get embedded right into the top surface.

Yesterday I said that these halloumi and chorizo pancakes would help you win at brunch. You'd just better hope that your competitor isn't making bacon, corn, and cheddar pancakes or you're gonna have a real run for your money. 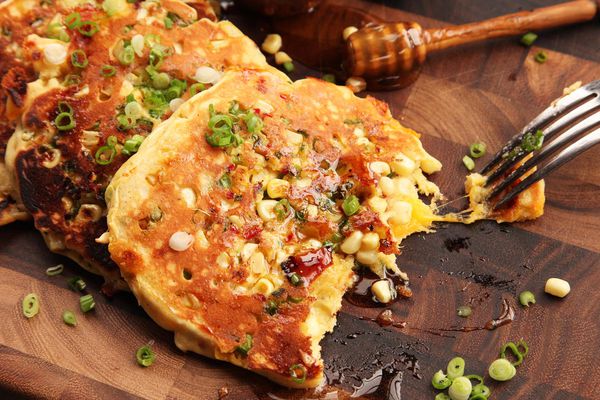 14 Savory-Pancake Recipes for Any Time of Day 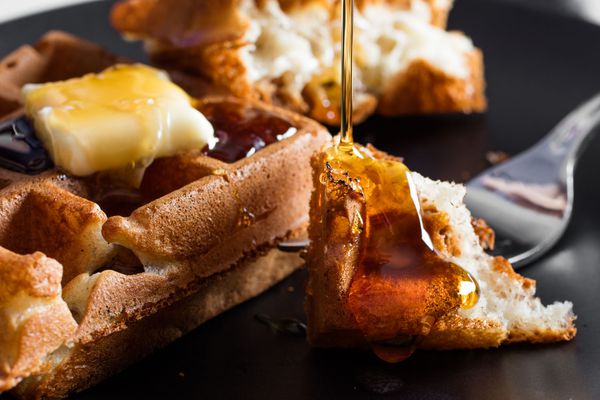 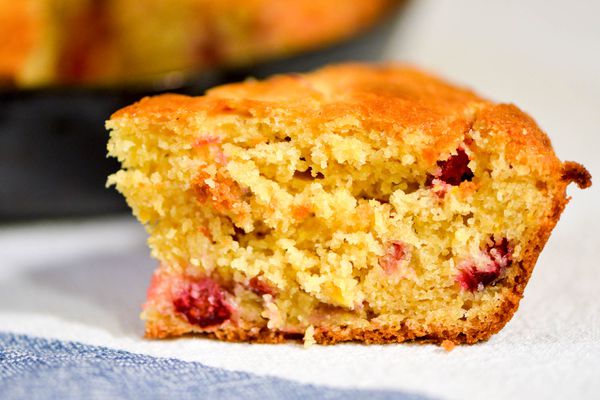