It's been an entertaining, enlightening, and, at times, hilarious year for features here at Serious Eats. From outgoing senior features editor Max Falkowitz's tale of sneaking real maple syrup into his favorite Log Cabin-serving diners via mini Irish whiskey bottles, to managing culinary director J. Kenji López-Alt's harrowing account of a warm-beer-and-Red Bull-fueled cruise down the Yangtze River, here are some of our favorites.

I spend a not-insignificant, arguably foolish amount of time making my own cup of coffee each day. I grind the beans, sometimes by hand, pre-soak the filter, and do all sorts of other little steps that probably don't have as much impact on how my coffee actually tastes as I'd like to think. But I do all it anyway in the name of good coffee. When Senior Features Editor Keith Pandolfi joined our team and published The Case for Bad Coffee, his first story, for Serious Eats, it reminded me not that bad coffee is good, or that good coffee is bad, but simply that we all should take notice of the life that we're living during our daily caffeinated ritual, because it's just as important as whatever's in the cup.

Most travel stories paint pictures of idyllic escapes and exciting adventures. They entice you to jump on a plane in search of your own life-enriching experience. Not Kenji's Excellent Asian Adventure, Part 6: This is Not the Cruise You're Looking For. This hilarious piece by Kenji recounts a boat cruise from hell along China's Yangtze River. It's guaranteed to crack you up, from the phlegm-flinging passengers to the toilet-shower, but it definitely won't want to make you go there.

I've had a lifelong fascination with Jell-O salads—their elaborate construction, vivid colors, and often baffling flavor combinations always struck me as born of some larger cultural moment that I couldn't quite grasp. The fact that I've never actually seen, let alone tasted, one in person didn't exactly help clarify matters. Which is why Sarah Grey's A Social History of Jell-O Salad makes for such an illuminating read. She takes a deep dive into how industrialization, coupled with a shifting understanding of domestic labor, gender roles, and household economy, made instant gelatin such a game-changing product. It's a great overview of an ingredient that remains relevant and commonplace to this day, coupled with an ode to its most notoriously retro application.

Fiona Reilly's winning coverage of Chinese culinary traditions was another highlight of 2015. There's her personal, vivid account, Why Jianbing is China's Most Popular Street Breakfast; the stunning photography and evocative storytelling in Dispatches From the Silk Road: The Must-Try Uyghur Food of Kashgar; and her tantalizing descriptions of Shanghai's best street food.

Finally, as always, Tyson Ho's ongoing series, How I Built a Barbecue Restaurant in Brooklyn, continues to provide insights, laughter, and occasional heartbreak. It's a truly unique look at an industry we often only hear of from the diner's perspective, all told in the bluntly honest, deeply humorous voice of New York's first and only North Carolina-style whole-hog restaurant owner.

My favorite projects at Serious Eats are always the ones that provide the opportunity to use technology to enhance the content in a meaningful way. Max Falkowitz's Where To Eat Chinese Food in New York City is the perfect example. We used data from the Foursquare API and Google Maps to tie physical locations to each block of text—enhancing the user experience, without distracting from Max's message. The cool illustrations don't hurt either.

I loved contributing writer Angela Tchou's The Baijiu Riddle, a drinks story that's also a personal story. Tchou, who grew up Chinese-American in Johnson City, Tennessee, wonders how the fiery liquor, deeply woven into her parent's warmest memories and the Chinese collective unconscious, could taste basically like kerosene and rot. It takes some drinking to get to the bottom of it.

I'm also still thinking about Tara Austen Weaver's Why Cookbook Clubs Should Be the New Way We Entertain. She inspires me to plot my own low-key, no-muss series of gatherings that allow a group of friends—or friends-to-be!—to share and taste a whole table full of recipes.

Some of my most prized possessions are cookbooks that were handed down from past generations. That's why I loved contributing writer Eva Geertz in The Case for Loving Vintage Cookbooks. While I appreciate some of the coffee-table-size photo-driven cookbooks I've received in recent years, nothing comes close to my mother's copy of The Joy of Cooking. Its pages are stained with years of experiments, mistakes, and triumphs. When I got married two months ago, I received a slew of fancy kitchen tools that my husband and I will probably use... eventually. I reached an inappropriate level of excitement over a sea-glass blue KitchenAid mixer that still sits in its box (aren't KitchenAid Mixers the reason people get married in the first place?). But my favorite gifts—and the most meaningful ones—were cookbooks rescued from my grandmother's and uncle's kitchens. While their references to gender roles are remarkably (and offensively) outdated, these treasures possess the memories of those kitchens I can no longer visit, the smells of my grandmother's house, and the wisdom that sometimes a few basic kitchen supplies are all you need.

Like Serious Eats contributing writer Craig Cavallo, I've never understood why so many of my fellow New Yorkers idolize the taco, while completely forsaking the magnificent Mexican sandwich known as the torta. In Leave the Taco, Take the Cemita: Why NYC's Tortas Beat Its Tortillas Every Time, he explains why the latter is almost always a better option. "These sandwiches strike salty, sweet, spicy, and smoky chords...the crusty roll condenses into a simultaneously crisp and chewy casing as the ingredients within smash into one another. Part of the torta's greatness is the homogeneity; when built right, each bite has every ingredient." I couldn't agree more.

This has been a year packed with fried chicken. Contributor Susannah Felts put together this great piece on Nashville hot chicken (That's the piece that inspired me to attempt a one day, seven stop hot chicken tour of Nashville that started and sustained itself with sheer pleasure and ended up in painful instant karma at a gas station restroom). I took you on a fried chicken world tour and shared my recipes for Southern fried chicken, five ingredient fried chicken sandwiches, and chicken-fried chicken while Daniel revealed some Tuscan-Jewish fried chicken secrets. But the most interesting story wasn't a recipe or a regional specialty. It was something much more pervasive. Craig Cavallo's piece about How Fried Chicken Lost Its Bones is a story of how war, culture, politics, industry, mechanization, Russian trade deals, technology, and McDonald's fundamentally changed the way we consume our favorite bird.

In the true crime story 10 Common Crimes Against Cheese You Don't Have to Commit, features editor Niki Achitoff-Gray's details exactly how I had been ruining my beloved wheels of brie, blocks of cheddar, and balls of fresh mozzarella for most of my adult life. In fact, Niki came up with most of these after I told her what I usually did with my cheese.

Max's Falkowitz's Confessions of a Maple Syrup Smuggler is about his habit of bringing his own maple syrup into diners. At some level, it's a love letter to the old-school diner: the kind of place where you can do whatever you want, and no one will judge you.

Choosing my favorite SE posts of the year is excruciatingly difficult for me: it's like asking a father who his favorite child is. This is a particularly painful exercise for me this year, as I'm proud to say that editorially and visually Serious Eats has never read or looked better.

One recent favorite is features editor Niki Achitoff-Gray's I Don't Know from Goose: A Jewish Christmas Story. Her interfaith family Christmas goose saga is gorgeously written, deeply personal, and made me laugh and think. I love the image of Niki and her boyfriend Josh's family bailing goose fat like they're on a rowboat that's taken on water.

I'm a sucker for revealing, nuanced mini-memoirs that convey emotion in a low-key fashion, and Senior Features Editor Keith Pandolfi's Bright Christmas: What the Holidays Taste Like in Florida checked off all those boxes. It's so carefully crafted that the sentiment conveyed is disarmingly real and never crosses the line into mawkishness.

When Visual Editor Vicky Wasik told us that she was updating the photos in our guide to 25 Essential Cocktails Everyone Should Know back in June, I think I may have actually jumped for joy. Not only did we have a glorious weeklong office hour filled with tastings and a restocked bar, an already fantastic guide was refreshed with gorgeous photography. With the new formatting, it's my go-to cocktail guide for all the basics—one that I use at home (and in the office) all the time. Just looking at all the pictures is getting me thirsty; I think it's time for a drink. 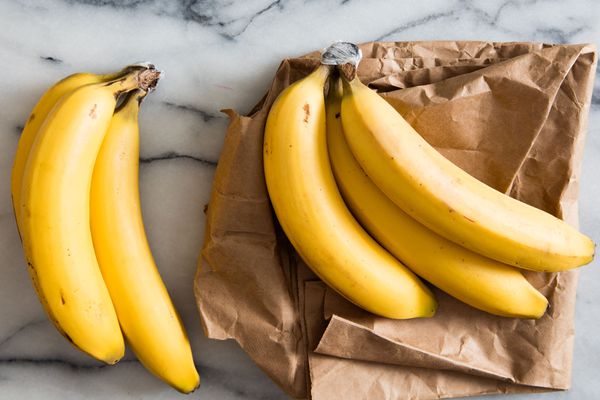