The next time you visit your local liquor store, consider this challenge: instead of heading straight for the comforts of your usual vodka or whiskey aisle, spend an extra moment examining some of the more obscure bottles on the shelf. You might just be surprised at what you find.

We'd bet that you're familiar with tequila, and probably pisco and cachaça, too. But there's a whole labyrinth of interesting spirits from around the world—curiosities like Bäska Snaps, Poitín and Pálinka—that are totally worth checking out if you're feeling a bit adventurous.

Consider this your guide to some of the more exciting lesser-known bottlings that should be on your radar. Some are directly imported from the experts overseas, and others are made right here in the States by enthusiasts looking to recreate old world flavors.

Tequila may be the first drink that comes to mind when you think agave, but it's just one class of a whole family of agave spirits that also includes mezcal and lesser-known sotol, raicilla, and bacanora. Each offers a unique individual personality that speaks to where and how its made. As stateside interest continues to grow, we're starting to see more imports hitting local liquor stores.

The wild dasylirion wheeleri, or Desert Spoon agave, gives this spirit a rustic dried grass flavor that's far more pronounced than what one might find in a tequila. It's made the same way tequila is, cooked in an above-ground oven and then distilled; sometimes it's bottled unaged, and other times the liquid is put into oak casks to absorb some wood flavors before being sold. Hacienda de Chihuahua Sotol remains the most ubiquitous brand, with offerings expanding over the last few years from the plata, reposado, and anejo to include an extra anejo and sotol cream. Later this year, they will also release the lovely rústico ($39.99 for 750mL), which stands out above the pack for its strikingly dry, mineral personality. It's a bit more rough-hewn than the clean plata, but that's a good thing—the unapologetic earthiness helps evoke the rugged terrain where the agaves were grown, providing a real taste of Mexico in a glass.

Like mezcal, raicilla can be made from a number of kinds of agave plant, and is typically produced in the state of Jalisco (although that's not regulated). The hearts of the plants are also typically cooked underground, adding wisps of smoke and earth in the flavor profile. What makes it different from mezcal? Just the name: because production falls outside of the designated areas for mezcal, the name raicilla was adopted instead. America got its first legal taste of the spirit when La Venenosa's line of four bottlings arrived last year. Each one tastes elegant and refined, with different and often understated flavors rising to the surface depending on what agave was used and where it was grown. Start with the Black Label ($70 for 750 mL) and enjoy blooms of juicy tropical fruit flavors layered gently over gritty undertones of wet grass and dirt.

Hailing from the state of Sonora, Bacanora has a more rugged, slightly smoky nature than tequila and sotol, because the agave hearts are cooked in underground pits with mesquite charcoal. Generally, the cooked agave pulp is then placed in a cement pit for the fermentation process, and then distilled. Cielo Rojo ($62 for 750 mL) is the only brand currently imported into the States; it has a thinner texture than its richer cousins mezcal and tequila, while still retaining a lot of the same herbaceous flavor.

Known somewhat crudely as Irish moonshine, Poitín (pronounced po-cheen) dates all the way back to 584 AD, when it was first distilled by Irish monks. When King Charles put an excise tax on distilling in 1661, production went largely underground, until some craft distillers decided to make legal versions in recent years. Several small-name brands have intermittently been available in the States, but last year major brand Glendalough hit with a splash and three mouthwatering bottlings. Poitín is traditionally made from a combination of potatoes, sugar beets, and/or malted barley, and Glendalough chose a mix of sugar beet and malted barley, so there would be a prominent grainy flavor supported by a mellow level of sweetness. While the unaged version ($29.99 for 750mL) brims with warm brown sugar, an almost plum-like fruitiness and tangy acidity, the sherry-cask aged ($34.99 for 750mL) shines with a deep raisin and honey profile that rivals some of America's young bourbons.

Fruit brandies are common throughout Europe, but Hungarian Pálinka is one of the few that have an EU regulated protection of origin. According to rules set in 2004 by the Hungarian Ministry of Agriculture and Rural Development, Pálinka must be made from 100% Hungarian fruit and water. No additives may be incorporated, and fermentation, aging, and bottling must also take place within the country's boundaries. One of my favorites comes from Empire of Hungary Imports, who import a black cherry, oak-aged apple, plum, Moscato, apricot, and the most popular—a "gypsy" sour cherry. It ($38 to $42 for 350mL) has a bright, medium-sweet fruit flavor, similar to that of the brandy-soaked cherries often used in Manhattan cocktails, but with healthy acidity and just a little residual pepperiness, considering it taps in at 40% ABV. Drink it the traditional way, at room temperature in a tulip glass or brandy snifter, to maximize the aromas and flavors.

Think of Aquavit as a kind of Scandinavian gin, but with an emphasis on different botanicals. The liquor (made widely in Sweden and Norway) is typically flavored with caraway, fennel, and sometimes cumin or dill. Unlike many of the other bottles mentioned in this story, there are actually quite a few domestic distillers trying their hand at creating a version that tastes true to how its made overseas, including Gamle Ode, North Shore Distilling, and House Spirits, whose Krogstad Festlig Aquavit ($26.95 for 750mL) really shines with a gentle anise and caraway flavor. House Spirits also makes an aged version called Gamle ($29.95 for 750mL) that incorporates warm woody notes to the fresh mix. Traditionally consumed in the winter and at various holidays, Norwegians like aquavit at room temperature, but chilling will take the aggressive edge off so it becomes more palatable to sip. It also adds an impressive herbal depth to a Bloody Mary.

The most important thing to know about this category of booze is that Swedish Snaps (or Schnapps), are nothing like the American version that goes by the same name. What's a cloyingly sweet liqueur stateside is actually a bitter spirit made to help Scandinavians endure long, hard winters overseas. It's essentially a kind of aquavit with caraway, citrus peels, and other herbs, blended with sugar and a French wormwood (or Malört, as it's called in Swedish) distillate.

The most traditional interpretation comes from the team behind Bittermens, who recently launched a line of Nordic spirits called DALA Spirits. Their Bäska Snaps Med Malört ($33.99 for 1L) is an exceptionally balanced bitter with a friendly supporting brown sugar taste that's a bit reminiscent of the popular Averna. The wormwood is subdued enough that it's pleasant to consume the traditional way—ice cold as an aperitif or digestif. The two other most notorious versions of Bäsk available in the states both come from Chicago. The first—and most notorious—called Jeppson's Malört ($17.99 for 750mL)—is a Swedish-expat's version of Snaps that's decidedly more firey and aggressive than the DALA's Bäska. The other, called R. Franklin's BËSK ($35 for 1L and $12 for 200mL), comes from Letherbee Distillers. BËSK has similar attributes as the other two—namely the initial biting sting of wormwood and gentian—but with the unique addition of softer juniper and elderflower musk, which gives it a more pleasant aftertaste and better mixability. Chicago's interpretations are typically consumed as shots, but thanks to a general shift towards bitter flavors, they're starting to appear in delicious cocktails as well.

This Greek brandy has been around since 1888, when Spyros Metaxas first blended together aged wine distillates with Muscat, herbs, and rose petals to make the amber-colored spirit. There are currently two types available here: a five-year ($22 for 750mL) and seven-year ($27 for 750mL). Both are aged in oak casks and lead with heavy prune, raisin and honey flavors, with floral aromatics and underlying Mediterranean herbs that help balance the dark molasses-like sugars. Both add a darkness to sprightly tonic water with a lemon slice to cut through the sugars, and it's robustly appealing when mixed with orange liqueur and lemon juice in a spin on the Sidecar. If you're lucky enough to get your hands on a bottle of the Grand Fine, sip it neat as a sweet after-dinner digestif.

If you're a fan of Pisco, you're going to adore Singani 63. Distilled from muscat of Alexandria grapes harvested in the Bolivian Andes, the brandy has been produced since at least the 16th century and is protected by the Bolivian government with a Denomination of Origin. The twist? This particular brand, Singani 63 ($29.99 for 750mL), is imported by filmmaker Steven Soderbergh. The renowned director discovered the Bolivian spirit when filming Che, and it took seven years to get all the ducks in a row to properly import into the States. It's delicious stuff: bright floral aromatics meld with fresh citrus notes and a delicate, slightly grassy finish for a well-rounded, light and clean flavor. Try sipping it neat first to take in its complexities, and then try subbing it for pisco in a traditional sour.

Known by some as Chinese firewater, this spirit has a special funky flavor that's kind of similar to what one might imagine a sake on steroids might taste like, thanks to a special enzyme/yeast blend called "qu." While many of the imported Baiju (pronounced bye-joe, the word translates to "white liquor") brands are made from sorghum and bottled overproof, the one from Vinn in Oregon ($34.95 for 750mL and $24.95 for 375mL) is a cool 80 proof and it's made from rice, meaning more approachable flavor and less heat attacks the palate. Drink chilled.

Think of Arrack not necessarily as a distinct category of spirits, but rather a blanket term that covers several totally different kinds of liquor. Confused? I was too. Thankfully, the breakdown is actually quite simple. Coconut Arrack, like White Lion VSOA ($28 for 750mL), is a Sri Lankan spirit distilled from the fermented nectar of coconut flowers. Arak/Raki from the Middle East is distilled from fermented grapes and flavored with aniseed, and Batavia Arrack originates from Indonesia. Batavia-Arrack van Oosten ($32 for 750mL) specifically is made from fermented sugar cane and red rice. The rum-like liquor puts the FUNK in funky; not only is it a bold 50% ABV, but the aggressive flavors almost mimic smoky tarmac (think: Ardbeg Scotch but without the rich whiskey as a base). The brave might take it as a shot, but it's best to reserve this one for mixing, preferably in a pre-Prohibition style punch, as it was originally intended. It adds an exquisite underlying ribbon of complexity.

Note: All spirits provided as tasting samples for review consideration. 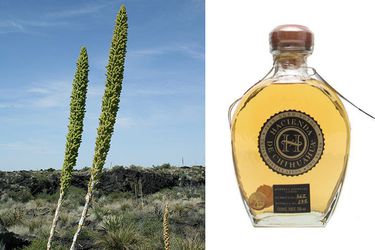