A creamy, dense, and ultra-rich flan.

Leche flan is a beloved dessert in the Philippines, our twist on the famous baked custard. This recipe marries caramelized sugar with an extra rich, dense, and creamy custard. Unlike the flan that you typically eat in Latin America or Spain, this one contains a dozen egg yolks(!) plus sugar, evaporated milk, sweetened condensed milk, vanilla extract, and a sprinkle of lemon zest for brightness.

Originally, leche flan relied on carabao, or water buffalo, milk for its dairy base, which boasts a higher fat content and richer flavor. During the American occupation of the Philippines, soldiers introduced evaporated and sweetened condensed milk and, as a result of this added convenience, canned milk replaced carabao milk and the dish soon became a crowd-pleasing dessert present at every gathering.

I grew up making flan with my lola (grandmother) and tita (aunt), and I never get tired of making this recipe, which was passed down to me by my lola, in part because of its short ingredient list and easy-to-follow directions. To start things off, you make the caramel, which involves cooking the sugar until it dissolves into a syrup. You’ll want to keep a close eye on it and stir, stir, stir, until it takes on a deep copper brown hue, and then, when it's ready, you have to work quickly and pour it into your baking dish and swirl it around to fully coat the bottom. From there, simply whisk together the egg yolks, evaporated milk, condensed milk, and vanilla extract, add the custard mixture to your caramel-lined dish, and sprinkle lemon zest over the top. Once baked, you have to thoroughly chill the finished flan so that the custard fully sets, after which you can run a knife along its edges and invert it onto a serving plate.

Leche flan can simply be enjoyed on its own, but you can also balance a square of it on top of a serving of halo-halo. Then, be like my tita, and bake all those leftover egg whites into an angel food cake.

Leche flan can be refrigerated in an airtight container for up to 2 weeks. 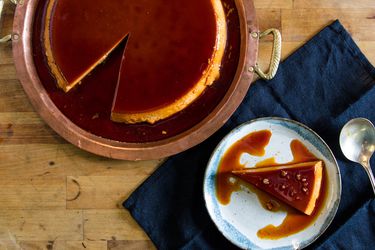 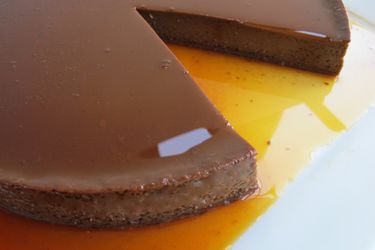 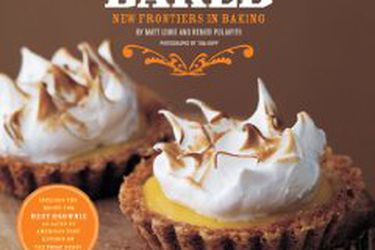 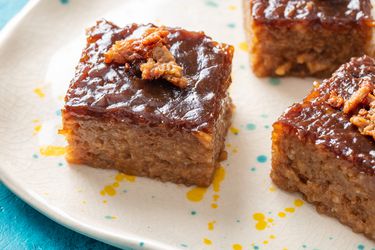 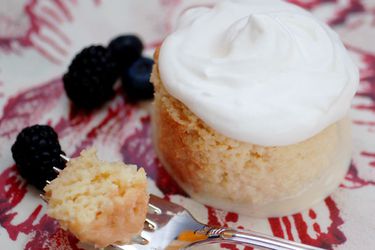