Make the most of summer and turn seasonal fruit into this jammy, sweet-tart pie.

We tend to think of pie as an all-or-nothing proposition, a one-note celebration of some singular summer produce. But as the season winds down and these fruits move past their peak, mixing things up can be a great way to take advantage of your farmers-market haul. Cramming an assortment of fruits into a single pie can create unexpected but harmonious flavor pairings, and a consistency that's tender and jammy in turn.

Walking past the fruit stalls in Chinatown on my way to work one morning, I gathered a hodgepodge to combine in a spur-of-the-moment pie: mellow blueberries and plums, sweet cherries, and sour-but-earthy Cape gooseberries. For you, that mix might include peaches, blackberries, currants, or even a handful of (seeded) Concord grapes, if you spot them.

The important thing is to include a balance of firm and soft, sweet and tart. And, yes, sometimes over- and underripe. You'd be surprised at what an hour in the oven will do for a batch of rock-hard peaches, or how nicely those bruised raspberries will sauce a few crisp slices of Bartlett pear.

While the water content of these fruits can range from approximately 80% (cherries) to 88% (peaches), that range is still well within what my favorite ratio of sugar and tapioca starch can handle. As with my cherry pie, this ratio is based on the weight of the fruit itself after pitting (or peeling, or coring, as the case may be).

As I learned with blueberry pie, the variable pectin content of these fruits isn't something that needs to be considered. The only exceptions are super-high-pectin fruits like gooseberries or cranberries, which can still bring their thickening powers to bear even in the less-than-pectin-friendly context of pie. For that reason, I like to use these as an accent, limiting their weight to no more than 10% of the total fruit.

While the pie should set up and slice nicely regardless of what types of fruit you choose, that isn't to say they'll all have the same consistency. Relatively thick-skinned fruits, like cherries and blueberries, hold up fairly well to extended baking times, but soft fruits, like apricots and strawberries, all but melt into a jammy purée. For me, that's what sets a mixed-fruit pie apart—the alternating bits of tender and saucy, all swimming together under the same crispy crust—but if you prefer to keep those softer fruits intact, you'll have more success with a quick-baking galette.

To finish the pie, you can simply throw a whole sheet of my old-fashioned flaky pie dough on top and call it a day, or challenge yourself with an elaborate herringbone crust. But, if you're in the mood for something a little creative, but not too labor-intensive or complex, a simple basketweave is where it's at.

As with my herringbone crust, you'll prepare the old-fashioned flaky pie dough according to the basic recipe, but divide it 60/40 instead of splitting it in half. (That's nine ounces of dough for the bottom crust and 11 ounces for the top.) The bottom you'll roll out as you would for any other pie; for the top, you'll roll the larger piece into a 10- by 15-inch rectangle, and transfer it to a baking sheet or parchment-lined cutting board. Both pieces should be refrigerated for at least two hours before any further handling.

Once it's totally cold and firm, cut the top crust with a ruler and a pizza wheel, making a total of twenty 10- by 3/4-inch strips. Cut four of those in half, making eight 5-inch lengths for the shorter sections of the pie. The overall technique is identical to the one for a classic lattice-top design (full directions here), but with twice as many strips in both directions, so there are no gaps in the crust.

Simply put, you'll fold two strips back, skip two, fold two back, and so on, then lay down two strips of dough in the opposite direction. The folded dough will return to its original position, and the pattern will resume with alternating pairs of dough strips. When you're done, simply trim the excess dough from around the edges with a sharp knife. In the end, you'll have a pretty nifty checkerboard design.

In the heat of summer, it's vital to refrigerate the finished pie for at least 30 minutes prior to baking, or else the softened dough will lose some of its shape and layering in the oven. That time can actually be stretched to about six hours if need be (possibly longer; I'm still testing to find the upper limit).

Egg-wash the chilled pie, and bake it on a parchment-lined baking sheet until it's bubbling in the very center, about 75 minutes at 400°F (205°C). If the filling doesn't bubble up through the gaps in the crust to make itself known, you can test it with a digital thermometer to make sure it registers at least 212°F (100°C) right in the center.

With all that bubbling, it's absolutely normal for a pie to overflow a little as it bakes, so don't skip placing a rimmed baking sheet underneath. It also helps conduct heat to the bottom crust, allowing it to crisp up more than it would on its own. If you use an aluminum pie pan, be aware that the pie might bake a little more quickly than the recipe indicates, as metal is a better conductor of heat.

Even so, I'm still partial to the sturdiness and heft of tempered glass, which is none too shabby when it comes to helping the bottom crust to crisp.

On that note, it's important to remember that a crispy bottom crust depends on three things: sufficient time, sufficient heat, and sufficient hydration. If a pie isn't baked long enough, or hot enough, the bottom crust will never crisp up. And if the dough itself is lean and dry, it can't help but soak up moisture from the filling, so you can't expect the same results with every recipe. This is particularly true of recipes that call for vinegar or other acidic ingredients, which actually work to inhibit browning of the crust.

So don't be afraid to mix things up as summer produce shifts away from the usual suspects. There are so many fantastic pies left to bake before the season ends!

For the Egg Wash (optional):

This recipe works best with fruits similar to those listed in the ingredients, rather than wildcards such as apples, figs, or melons. When mixing things up with a variety of fruits in a pie, you have no better partner in the kitchen than a scale—particularly if you want to experiment beyond the suggestions given. If measuring with cups, stick to the listed ingredients, and take care not to pile the fruit too high.

Due to disparate sourcing practices, tapioca starch manufactured in Asia may be derived from plants other than cassava, which have different gelling properties. Look for products that mention cassava by name on the packaging, such as Bob's Red Mill.

Active time will fluctuate depending on the complexity of crust design. 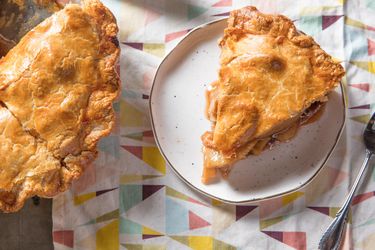 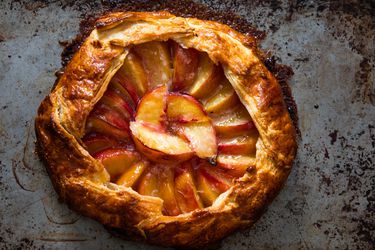 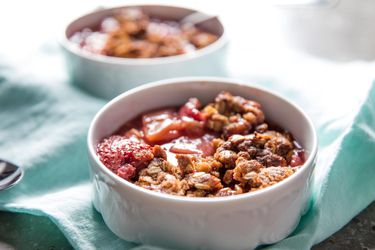 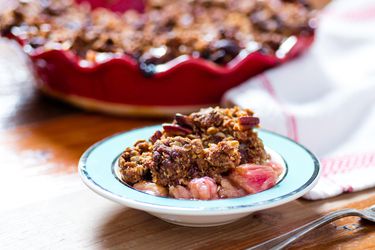 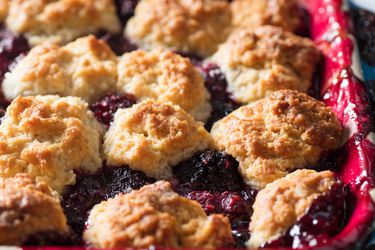 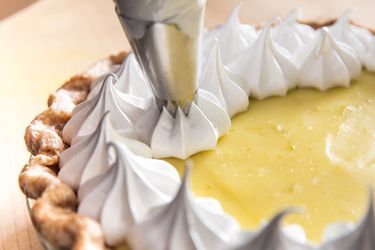 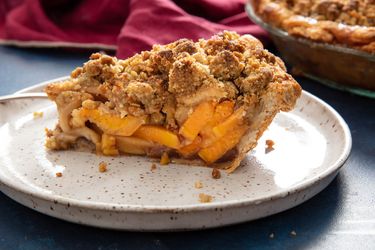