I must confess that I am appalled at the proliferation of mass-produced kale chips. Don't get me wrong, I've eaten more than my fair share of the snack, but there's no reason to pay upwards of $6 for a small bag I'd finish in 5 minutes. In Salty Snacks, Cynthia Nims offers an easy intro to making kale chips, no dehydrator necessary.

She tops the kale chips with a bit of olive oil and a lively mixture of lemon zest, grated fresh ginger, and (of course) plenty of salt. The salt blend clumps a bit (especially with rasp-grated ginger) but it'll distribute evenly with a gentle kale massage.

Why I picked this recipe: Yes, I've made kale chips before, but never with much in the way of flavoring; the bright and spicy lemon-ginger combination seemed perfectly suited to earthy kale.

What worked: These are kale chips with character, and they're done in less time than it takes to run out and buy a 6 dollar bag.

What didn't: I found it hard to distribute the small amount of lemon-ginger mixture over the leaves, so I doubled up on zest and ginger to make things easier for myself. I also ended up rubbing the salt mixture into the kale with my hands to that it wouldn't clump.

Suggested tweaks: Nims suggested ground coriander as an alternative to ginger, and I think that'd not only taste great, but would also make the salt mixture easier to distribute. Next time I'd also try using the fine holes on my box grater instead of my rasp grater (the rasp tends to juice instead of grate the ginger).

Reprinted with permission from Salty Snacks by Cynthia Nims. Copyright 2012. Published by Ten Speed Press. Available wherever books are sold. All rights reserved. 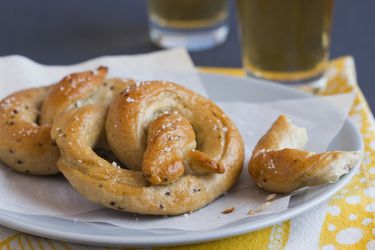 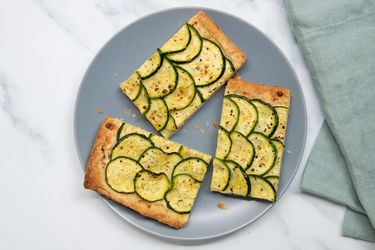 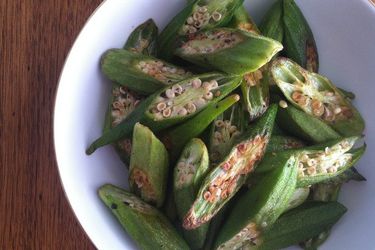 Roasted Okra Chips from 'Mastering the Art of Southern Cooking'