Jonathan Gold, the Pulitzer Prize–winning Los Angeles Times restaurant critic who tragically died of pancreatic cancer this past Saturday, was a superb food writer. But he was more than just that: Jonathan was a writer whose mission was to break down the psychological walls that people erected between themselves and their neighbors, and he did that by shining a light on all the amazing food available in far-flung neighborhoods all over the LA basin. I don't know a single person serious about food who has visited the city without traveling a half hour away from where was convenient, just to eat some taco because Jonathan had written about it.

We didn't know each other well, although we had many friends in common. I did have the privilege of giving Jonathan and his wife, Laurie Ochoa, a food tour of New York City in 1999. Jonathan had just taken on the restaurant critic job at the now-defunct Gourmet magazine, and Laurie had just been tapped to work there as editor-in-chief Ruth Reichl's number two. That was almost 20 years ago, but I remember we went by Sullivan Street Bakery and Melampo Imported Foods, and I remember that he impressed me as both a wonderfully serious eater and a serious thinker. When none of us could eat another bite, Jonathan turned to me and said, "If I can ever do the same for you in Los Angeles, let me know." And now I guess I'll always regret never taking him up on that offer.

But the fact of the matter is that Jonathan has left behind a huge and beautiful body of work that allows me or anyone else to take a self-guided Gold tour of the city he loved as much for its food as for the people who live and work there. If you don't know anything about him, I urge you to watch the documentary City of Gold. I also recommend that you check out his work at the Los Angeles Times—they've lifted the paywall on his guide to the 101 best restaurants in LA, in memoriam—and his book, Counter Intelligence: Where to Eat in the Real Los Angeles. Here's a bit from the introduction to that book that, I think, captures much of what I admire about both the man and his writing:

"What I'm trying to say, I think, is that the most authentic Los Angeles experiences tend to involve a mild sense of dislocation, of tripping into a rabbit hole and popping up in some wholly unexpected location. The greatest Los Angeles cooking, the real Los Angeles cooking, has first a sense of wonder about it, and only then a sense of place, because the place it has a sense of is likely to be somewhere else entirely. Los Angeles is, after all, where certain parts of town have stood in for Connecticut or Indiana so often on TV that they look more authentic than the real thing; where neighborhoods are called Little India, Little Tokyo, Little Central America, and Koreatown; where a typical residential block might include a couple of Spanish haciendas, a Tudor mansion, two thatched Cotswold cottages, a Palladian villa and a cream puff of an imitation Loire chateau.

As people here like to say, often when contemplating a piece of Peruvian-style sushi or one of the Teriyaki Donut stands that have popped up in Tarantino flicks, only in LA."

The food media world has lost another giant, and we are all the worse off as a result. What is the best way we can honor the man? If you can, visit Los Angeles, try out one of his recommendations. If you can't, eat something unfamiliar, something you've never had before. Then raise a glass to the late, great Jonathan Gold.

May he rest in peace. I hope there are plenty of tacos in heaven. 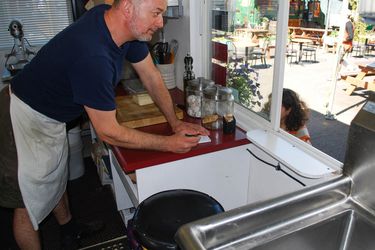 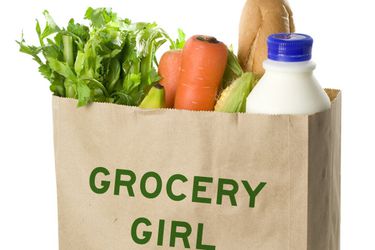 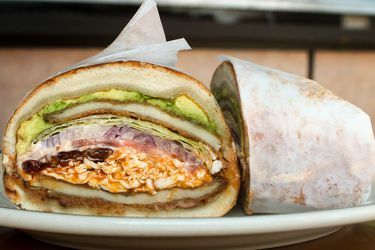