We tested and compared a couple of models to find out if you can really make cold brew instantly.

Unless you have the cash to spend on a very expensive machine capable of making instant cold brew (like the Spinn), we recommend just buying a standard cold brew maker. Because, as we explain below, there's really no such thing as instant cold brew.

Even though the Toddy brewer has been around since the late 60s, the rise of cold brew is a relatively new phenomenon. The process relies on long steep times with coarse grounds, brewed with a high ratio of coffee to water to produce a concentrate, which is then diluted to a preferred drinking strength. With the popularity of cold brew seemingly increasing every year, more companies are developing instant cold brew coffee makers designed to speed up the process and deliver cold brew coffee on demand. We tested two of these machines to learn if they could deliver on this promise.

While cold brew is a specific method of brewing coffee, instant cold brew coffee makers are a looser category of devices that brew cold coffee in a matter of minutes instead of hours. Not every machine works the same way, but most produce a coffee at drinking strength rather than a concentrate, unlike traditional cold brew.

How Do They Work? 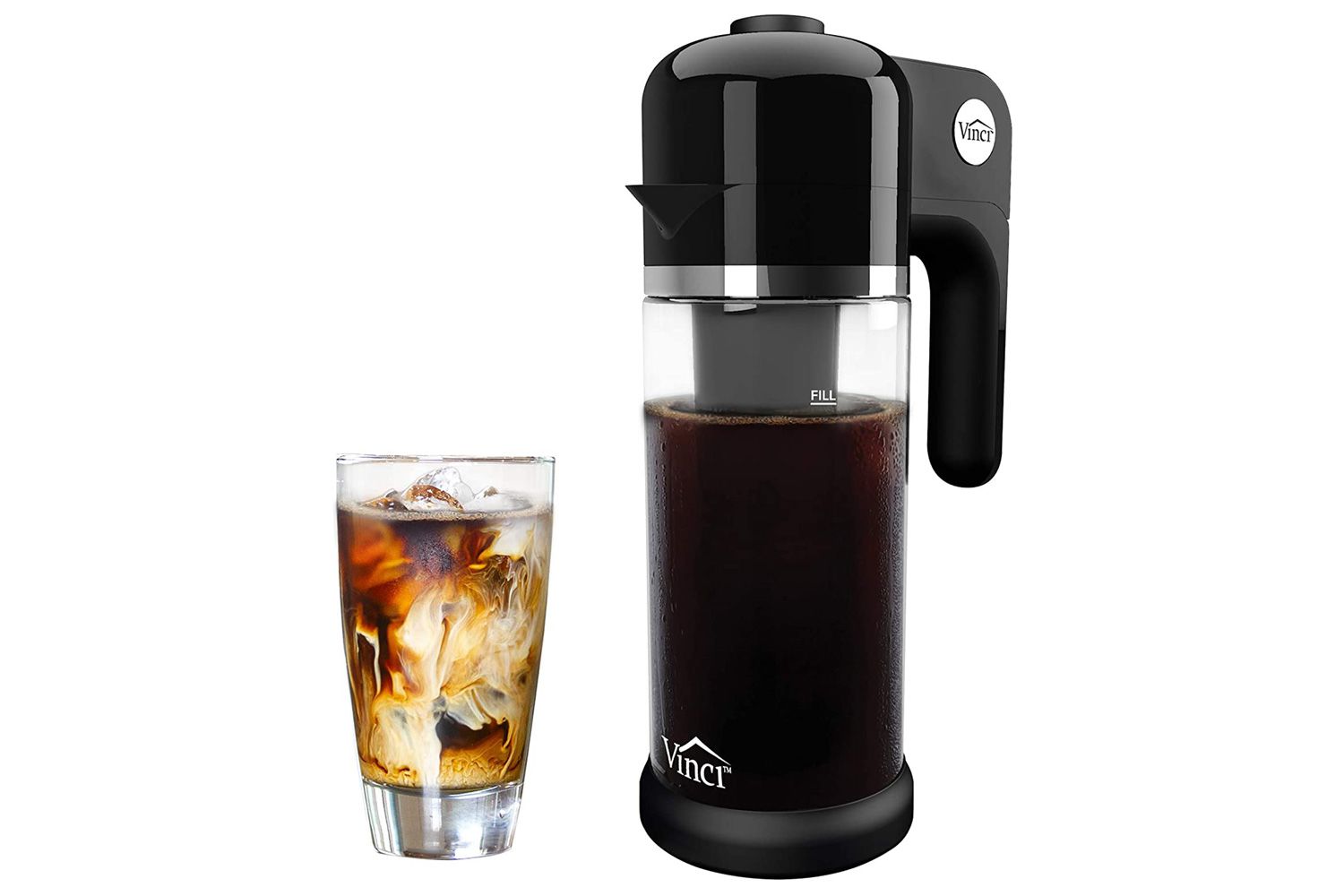 A common version of the instant cold brew coffee maker operates with a simple recirculation pump, like this model from Vinci we tested. You load the center filter basket with coffee grounds, fill the carafe up to the line with water, and once you turn it on, it recirculates water through the filter in the center. The design uses constant water flow as a source of agitation, boosting the natural osmosis extraction process that immersion brewers rely on and theoretically making cold brew faster, with settings that run between 10 and 20 minutes. 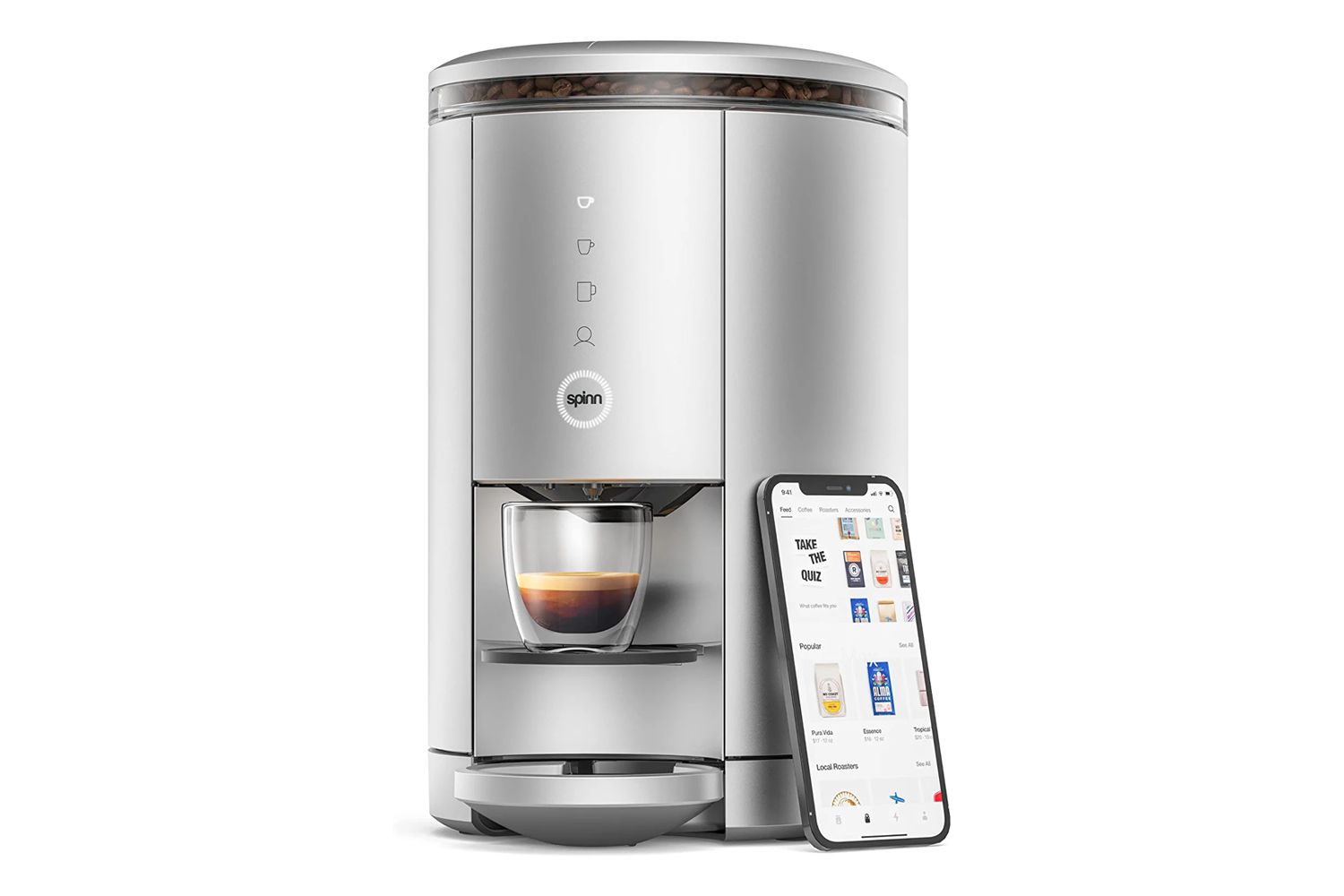 We also tested the Spinn brewer, an all-in-one fully automatic coffee machine that uses centripetal force inside of its centrifugal brewing chamber to extract coffee. While we were impressed with its overall operation, the cold brew it made outshone everything else. By using a spinning brew chamber, the Spinn can switch between hot water and cold water at different ratios to brew a variety of coffee styles.

Then there’s the Osma cold brew coffee maker, which is modeled after an espresso machine. It uses a high-powered pump to create an extremely concentrated version of cold brew. We didn’t test this model because it’s made in small batches and is currently sold out, but felt that it was worth a mention since its extraction method is entirely unique.

If you asked a handful of baristas what cold brew was, most would describe a brew method—not a beverage. As a phrase, cold brew refers to a style of brewing, like drip coffee or French press. The three main aspects of cold brew rely on a stronger ratio of coffee, long steep times, and cold water.

Most cold brew ratios suggest using 340 grams of coffee for two liters of water, or a 1:6 ratio of coffee to water. Cold brew is usually brewed to a target strength of 3% to 5% total dissolved solids, which is then diluted to taste preferences by adding water, milk, or a combination of both.  A hallmark of cold brew is a heavier body, which comes both from a higher concentration than hot coffee and its long, full-immersion brewing process.

Hot coffee is brewed at a 1:16 ratio, targeting 1.1% to 1.5% total dissolved solids—a range established by evaluating strength preferences amongst a wide selection of people. That means that cold brew is brewed two to three times stronger than drip coffee.

Because the Vinci instant cold brew maker suggests around 70 grams of coffee for one liter of water, a 1:14 brew ratio that brews a drinking strength coffee, it’s hard to call what they produce cold brew, and is probably more accurate to call it “cold coffee.” And even though we liked what the Spinn brewed, it was also brewed at drinking strength and shouldn’t be called cold brew.

Is an Instant Cold Brew Maker Worth Buying?

In our testing, the Vinci model produced a thin, bitter coffee, and it was a mess to try and clean up. Because it relies on recirculating water as its extraction method, it took up to 10 minutes to brew a full cycle, and once finished, we were stuck with a tall, narrow chamber full of wet grounds that didn’t want to come out. It was only after running it under the faucet (very carefully with a bucket underneath so grounds didn’t get into the garbage disposal) that we were able to fully clean its filter. It was also difficult to load the filter without a funnel, with coffee grounds spilling on the counter. Other instant cold brew makers, like the Instant’s Cold Brew Coffee Maker operate like the Vinci model we tested, so prep and cleanup is an issue with the concept of instant cold brew and not a single brewer. And because the end result didn’t resemble cold brew at all, we don't think these types of machines are worth the investment.

The Spinn brewer, on the other hand, worked great—it’s just expensive. It operates with an app, and brews two variations on cold coffee (Cold Brew Drip and Cold Brew Nitro) within 60 seconds. Both the standard drip cold brew and nitro cold brew tasted great, with balanced flavors and a mild sweetness, but neither had the body of traditional cold brew. Buying one specifically for cold coffee seems excessive, but if you’re  looking for an all-in-one coffee machine as an alternative to capsule brewers like Nespresso, we think the Spinn brews better tasting coffee, and its excellent "cold brew" offerings sweeten the deal. 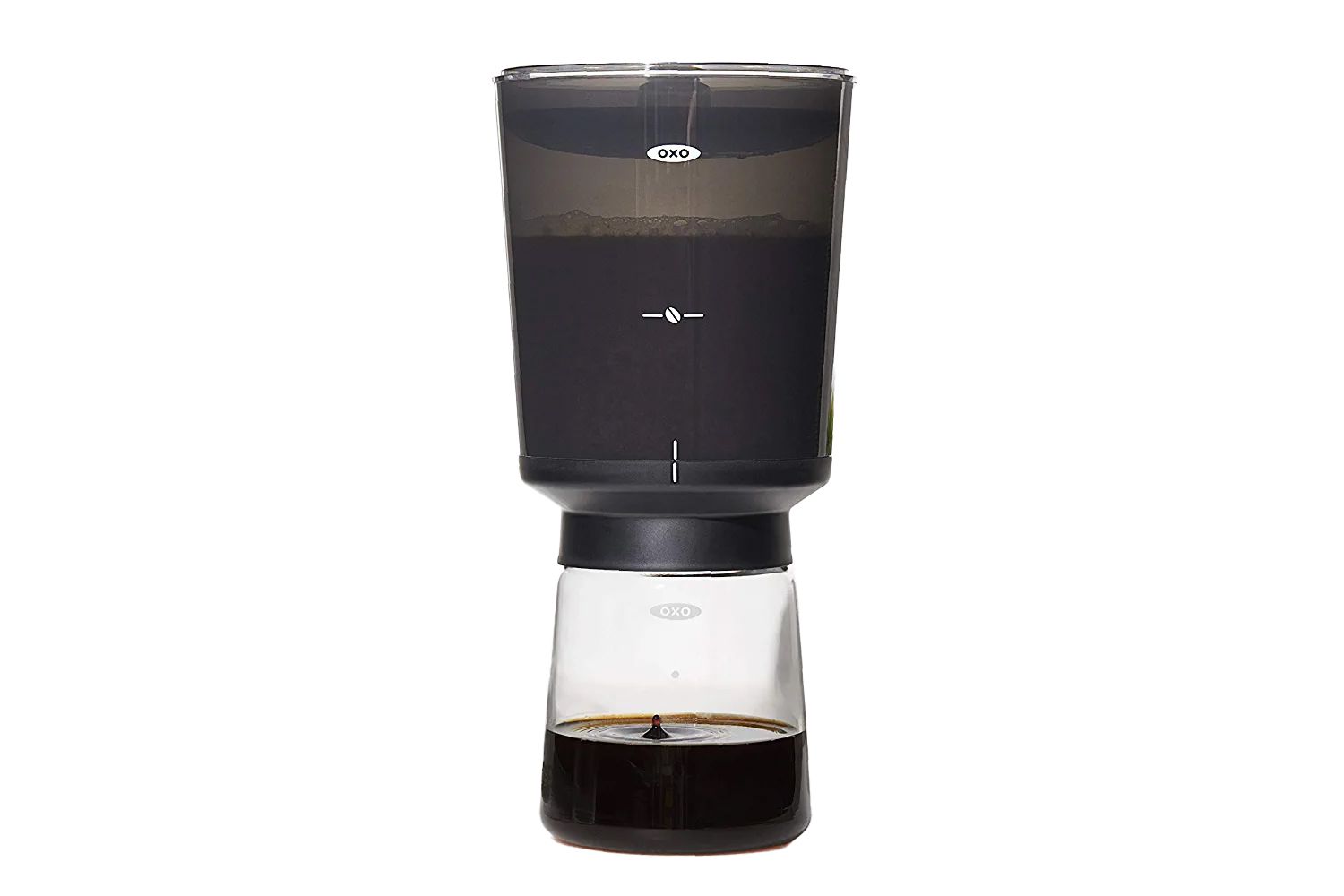 When it comes to cold brew, it’s hard to beat the classic cold brew coffee makers. Though these brewers require an overnight steep, there's less active preparation and cleaning time for the OXO Compact Cold Brew Coffee Maker (our top pick) than instant brewers. The OXO Compact made much better tasting cold brew, as well.

We also recommend a few brands’ packets of instant, single-serve coffee, which is lightyears better than those jars of instant coffee in the supermarket. Cometeer and Swift instant coffee are two great options. Both companies create instant versions of coffee by extracting it first and then processing it into single-serve packaging. Cometeer concentrates and freezes their brewed coffee in capsules, while Swift uses freeze-drying to create an instant powder. Because the coffee was already brewed hot, both Cometeer’s capsules and Swift instant coffee can be dissolved into cold water and served over ice for instant cold coffee.

Instant or rapid cold brew coffee makers usually work by introducing agitation through a vortex or a water recirculator to brew cold coffee in 10 to 20 minutes. In our testing, these machines brewed a cold coffee that lacked the body of traditional cold brew and tasted thin and unbalanced.

Can you make cold brew in two hours?

Traditional cold brew coffee makers usually extract to their full concentration in about two to three hours, but it usually takes 12 to 18 hours for the full flavor to develop. Anova, the maker of one of our favorite sous vide machines, has a recipe for sous vide cold brew that is advertised as taking only two hours, but we haven’t tested this process ourselves yet. Because cold brew is such a hands-off brewing method, we still recommend the standard overnight brew times.

Is there an instant cold brew coffee?

Instant cold brew coffee makers can brew cold coffee in 10 to 20 minutes, but instant coffee powder can also be dissolved in cold water to make cold coffee in, well, an instant. Neither option will have the body that is a hallmark of cold brew coffee. There are also ready-to-drink options and cold brew concentrates, like from Slingshot Coffee Co. or Stumptown Coffee. 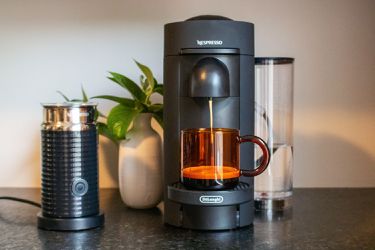