The more sophisticated our cocktail culture has gotten, the more individual spirits have found their champions; we now have rye bars and tequila temples and gin houses, each dedicated to the celebration and elevation of one type of liquor. Along the way, vodka has become something of a battleground, with more than one vest-wearing bartender arguing against it as anything other than bar-cleaner. Still others (I include myself in this camp) argue that in the hands of a master distiller, vodka can make for a killer cocktail canvas: clean, flexible, and subtly influenced in flavor by its ingredients.

In the past few years, as I've been drawn in by the argument for good vodka, I've interviewed and toured and investigated my way through plenty of domestic purveyors prized for their craftsmanship (Tito's and Dripping Springs in Texas, Death's Door in Wisconsin), but I'd never checked in with the big guys (aka brands with billboards) until a recent press trip hosted by Grey Goose. For three days, I followed the Grey Goose production process from harvest to bottling to packaging, and put together a quick primer for anyone curious about the world behind the States' bestselling 'ultra-premium' vodka.

1. Grey Goose is made in France, specifically for American consumers.

When beverage entrepreneur Sidney Frank decided to build a high-end vodka brand in 1997, he opted to do so in a place that his target drinkers, Americans, associate with luxury. He established a distillery in La Vallee de l'Oise, a region north of Paris, and a bottling plant in Cognac, an area synonymous with high-end French spirits. Here, he hired Francois Thibault, Grey Goose's Maitre de Chai, or cellar master, a title Thibault earned during his time making Cognac. Thibault designed a French-centric production process, selecting base materials, water, and personnel to build a spirit suited to an American palate.

Everything from the liquid inside to the ink printed on the glass is made within the nation, and every day, workers from every position in the factory sit in the tasting room to evaluate the product. When asked whether the French have taken to Grey Goose in any measure that compares to Americans, Thibault laughs, indicating the factory's tasting room: "The Americans love it more, but the French love it, too. We never have a shortage of volunteers."

Vodka can be made from any fermentable material. There are commercial vodkas made from potatoes, grapes, rye, and mixed grains that include barley. Grey Goose uses soft winter wheat sourced from Picardy, a grain-growing region in northern France that's often referred to as the nation's breadbasket. This particular wheat variety is sown in autumn and harvested in late summer; the company sources the grains from a small collective of local farmers. In general, wheat-based vodkas are softest in texture compared to the other base grains—the people behind Grey Goose also argue that the character of their finished product also bears the stamp of the Picardy terroir.

3. It's milled & distilled by fewer than 20 employees.

The entire world's supply of Grey Goose comes through the mill and distillery in La Vallee de l'Oise, a facility manned, when I visited, by all of 17 people. It's a small, focused operation: the wheat grain comes in via truck and is weighed and analyzed for starch content, then milled (four times over) into a fine wheat flour. The flour then undergoes "saccharification," where the starch is converted into the glucose that will fuel the yeast during fermentation. From here, the resulting "wheat mash" enters a cascade fermentation process. It churns through six tanks as yeast converts sugar into alcohol, leaving a "wine" of 10% ABV that will then be distilled into a 96% ABV spirit via a massive column still.

4. It's blended with water from Cognac.

Ask any vodka distiller (or any distiller, really) about what makes their spirit stand out, they'll first point to the base material and its origin, and then the water supply. (For example, Dripping Springs vodka went ahead and named the company in honor of their source). Grey Goose gets its water from a 500 foot well in the Grande Champagne region of Cognac; it's been filtered through limestone over several centuries, and is drawn on the day that it's destined for the bottling plant in the neighboring town of Gensac. Unlike some new craft vodka makers who prize the mineral content of their H20, Grey Goose goes to great lengths to strip the water of all mineral content before blending it into the finished vodka.

Grey Goose, like most major commercial vodka producers, has brand extensions beyond their classic formula, namely four fruit varieties: orange, pear, lemon, and black cherry. In this case, the fruit flavors infused into the basic vodka actually come from fruit (and all but the oranges, sourced from Florida, come from France.) The lemons come from Menton, in the south; the pears hail from the Loire Valley; and the black cherries are sourced from the village of Itzassou in French Basque country.

The whole fruits are delivered to a parfumerie in Grasse (a French commune devoted to perfume and flavor manufacturing), where the flavors and aromas are extracted and shipped back to Grey Goose in Cognac as essential oils that are then blended with the classic formula. 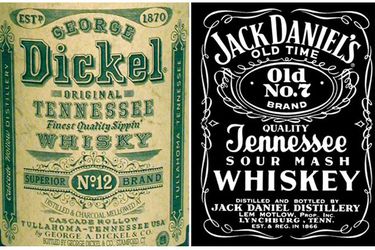 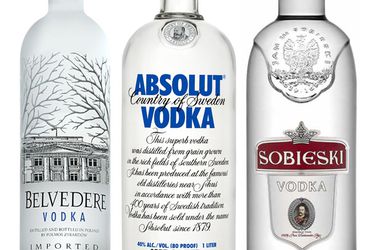