One of the best things about mint is its ability to grow wild without much attention; even if you pull out your garden or window box at the end of the summer, chances are a shoot will be growing again come the next spring. Sturdy and pungently aromatic, mint rests deliciously in our juleps, brightens up all sorts of sweets, and adds freshness to salads and sauces.

But with the gardening season soon coming to an end for many of us (we know, we know, Californians), those scraggly vines of green need to get used up or preserved in something other than a mojito. Here, seven chefs teach us some tricks.

If you have an amazing mint bush growing in your garden, pick the leaves and put them in the sun and let them dry, and you can use them all year long—with your cream cheese or Greek yogurt, in salad dressing, with lamb. People get stuck with the fresh side of the herb. But there is life after death, so to speak.

If you have a lot you need to put up, make it into a pesto and freeze it. I don't add nuts or cheese to my pesto, so it's basically olive oil, garlic, mint, chili flakes, and a little lime juice. But you could do a traditional version as well, with walnuts or pine nuts, then use it on anything from pasta to fish.

Preserve With Tomatoes for Harissa

Born and raised in New Orleans, Chef John Russ began his career at the Ritz Carlton and then moved on to Chef John Besh's acclaimed Restaurant August in New Orleans. He is now the chef and owner at Clementine's in San Antonio, Texas.

Preserve the tomatoes by roasting them in oil; toss the sliced tomatoes with salt, pepper, and olive oil on a sheet tray, then let them cook in the oven until they're nice and soft and tender, but obviously dry. If you have time, do them overnight at 190 degrees. If you need them quickly, roast them at 400; it's basically the same, just not quite as good. Then sprinkle as much mint as you want, and the result is amazing. The mint softens it out almost into a tomato butter.

I always end up using the preserved tomatoes in harissa. Chop them with roasted peppers and garlic and Champagne and you have that beautiful tomato with the wonderful mint flavor and coriander and cumin coming through, plus heat from the pepper. It all goes back and forth in your mouth in a fun little fighting game.

I've been really into making any drink that's kind of fermented, so I made a mint one when I had a trash bag's worth of mint on hand.

We pick the leaves off the stems, pack them in a jar, add some sourdough starter and water, and let it ferment for four days, removing the lid every now and then to release the carbonation. You get a very intense drink after you strain it—a very light, negligibly alcoholic tonic in a sense. Once you refrigerate it you can store it for six months.

All you need to kick off the fermentation is a teaspoon of sourdough starter, but yogurt works great, too. If your mint is organic you may not even need them—a tablespoon of sugar can help get natural yeast going.

James "Mac" Moran was the executive chef and partner of the Rusty Mackerel in New York's Washington Heights, where he's turning out seasonal food with a focus on sustainability.

Take mint and simple syrup and blend it to make a base sauce. Then mix in some fresh cilantro and toss with pineapple chunks for a pineapple salad. Mint plays really nicely with sweetness and is really refreshing, and it heightens the pineapple flavor, while the cilantro adds a savory aspect.

Use To Counter Chilies

Jeffrey Saad is owner and executive chef of Studio City's La Ventura, offering customers his interpretations of traditional Mexican cuisine based on his travels through the country. He is also responsible for San Francisco's Sweet Heat and Pasta Pomodoro restaurants.

Mint has very concentrated aromatic oils in the leaves that easily and quickly infuse flavor into other food. Definitely add it as a counter to heat; any time you're working with chilies or Mexican food, add mint as a unique way to escalate flavors and cool things down. Add mint to a chopped herb mixture with finely chopped chilies to stir into your ceviche. Purée mint into a cilantro and serrano chili pesto to garnish fish or grilled veggies. Or brush grilled corn with chopped mint, basil, jalapeños, and coconut milk.

Chef Richard Capizzi comes from a traditional Italian family, and as pastry chef of New York's Lincoln Ristorante, his heritage serves him well. There he combines his family's knowledge of Italian sweets with superb ingredients and classic pastry technique.

Everyone's so stuck on making mint gelato green, because their minds go to the mint chocolate chip you get at Baskin Robbins or whatever. Which is great, by the way. But it doesn't have to get green to have flavor; this will get pale green.

Take one quart of half cream and half milk, then add your sugar and steep a solid bunch of mint in a cold infusion overnight; this gets you the beauty of the oils and flavor. Then make a stracciatella—a melted chocolate drizzle—with chopped 70% chocolate (we use Valhrona) that you squirt in as the gelato's coming out of your machine. You get a nice bitterness with the garden-fresh mint; there's nothing better for summer. The most important thing with fresh mint is to never use the stem—it gives you a woody background you're not going to like, so use the leaves only. It takes more time, but makes a total difference. 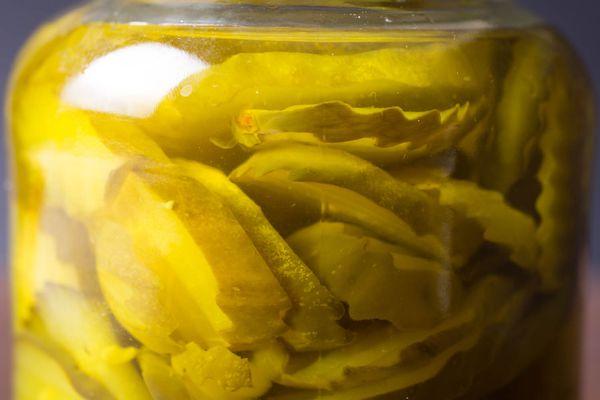 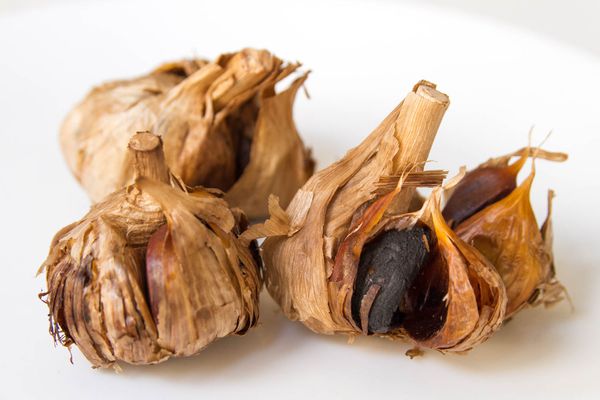 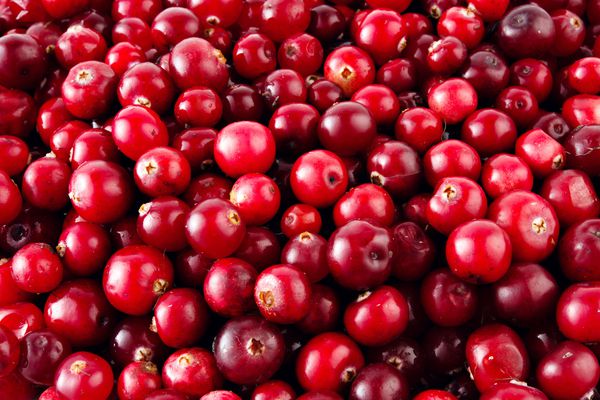