The Secret to Figgy Fig Drinks: Turn on Your Oven

A month ago, my boyfriend and I moved from NYC to a small town in Arizona. We were both very ready and very excited, but a cross-country move is a cross-country move. That is to say, getting packed and getting there took a fair bit of bourbon and some serious eyes-on-the-prize perseverance. For me, the prize was a backyard with a set of giant fig trees that I knew would be at the peak of their production shortly after we arrived.

I think that eating a fresh fig straight from the tree is one of life's singular pleasures, but getting that amazing fig flavor into a beverage is a bit of a challenge. Simply muddling figs into a drink won't really cut it. It may give the drink visual appeal, but won't impart much, if any, flavor. Cooking down figs into a syrup can end up tasting sweet and caramelly, but it won't retain much of the original fig's personality.

To get around the sweetness issue, I thought maybe a cold processed syrup (that is, macerating the figs in sugar in the fridge overnight, straining, then adding water) might be a good option to preserve the nuances of fresh fig flavor. But that method made a syrup that was way too subtle and easily overpowered by other flavors.

The solution to concentrating the fig flavor was to bring together a combination of fresh figs roasted at a low temperature in the oven (essentially, oven-dried figs) with store bought dried figs. I infused the intensely-figgy mix in warm simple syrup, then blended it with an immersion blender. Once strained, this syrup had the exact complexity that I was looking for: full-on fig flavor, without too much sweetness.

Once I had successfully achieved a fig syrup that actually tasted like figs, I didn't want to dress it up too much. I initially thought that infusing a bay leaf in the syrup along with the figs would be nice, but after testing both a version with and a version without bay leaves, I found that I liked it better without. This simple version of a fig soda was my favorite: a sippable version of the classic pairing of figs and balsamic vinegar. It's sophisticated, rich, and slightly tangy in the most delicious way.

Get the Fig Balsamic Soda recipe »

I generally believe that milkshake flavors should be pretty minimalist, but this drink is a worthy exception. A generous amount of soft goat cheese gives this shake an awesome creaminess and a nice thick texture. To layer the fig flavor here, fresh figs are blended with flavorful fig syrup. Finally, instead of sprinkles, this shake is topped off with a few big turns of freshly ground black pepper for a perfect savory finish.

Get the Fig, Goat Cheese, and Black Pepper Milkshake recipe » 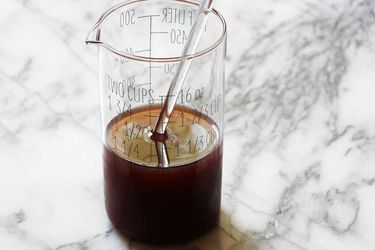 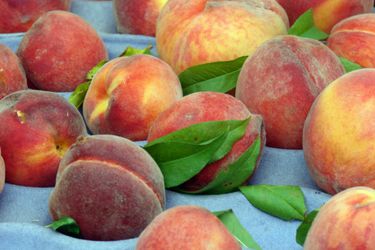 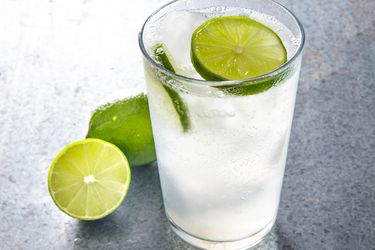