Joe was in the kitchen, skewering his way through his favorite meat-on-a-stick recipe, his fingers slippery from a tasty, tasty marinade. What happened? Well, that skewer slipped, and, instead of going straight through the meat, it glanced off at an angle. Those kebabs just became ke-Joes. Yikes. It happens to the best of us, and it's hard to think of a worse time to get a cut than when your hands are covered in raw meat and a salty, acidic marinade.

I used to think this was just a fact of life. Grilling season meant the inevitable lanced fingertip or two. That was before I embarked upon a few days of epic skewering sessions while developing my recipe for Indonesian pork satay. I happened to have half an onion sitting on my counter, I had a bowl of marinated pork and a pile of skewers in front of me, I put two and two together, and I came up with a technique that not only saved my fingers but made skewering much faster in the process.

All you've got to do is use that half onion (or lemon, or potato, or whatever you've got lying around) as a backstop. Place a piece of meat on top of the onion, then stab through it with the skewer. You can stab quickly, forcefully, and efficiently, without any worries. Of course, this will work with any firm, stable fruit or vegetable. If you plan on cooking the vegetable afterward, just make sure you rinse it and cook it thoroughly to resolve any cross-contamination issues. (Those skewered onions are fantastic on the grill, by the way.) 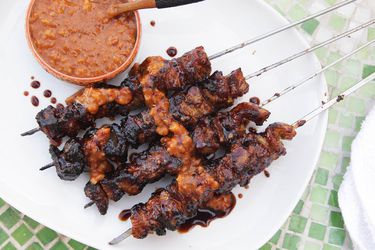 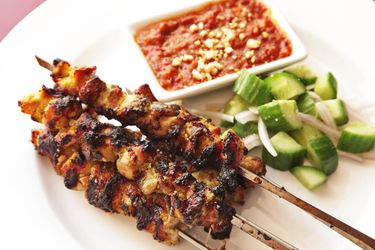 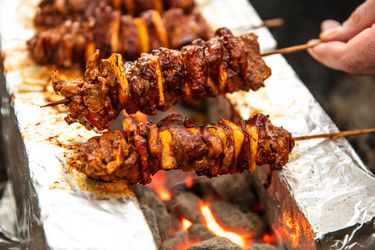 For the Easiest Al Pastor at Home, Put a Skewer in It 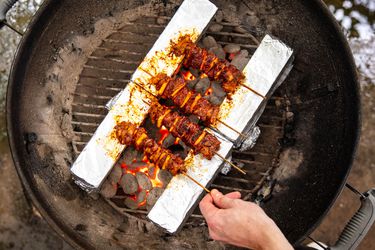 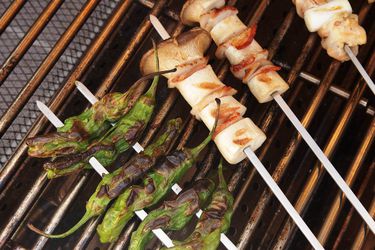 The Best Skewers for Grilling 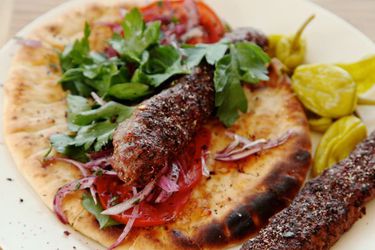 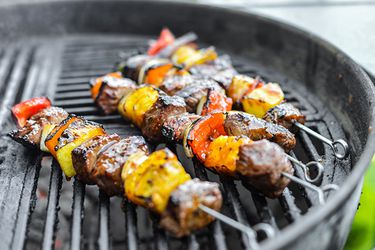