"You know, this kind of tastes like pâté," my wife, Kate, told me when she took a bite of the roasted-cauliflower purée that I made recently for Serious Eats. I hadn't realized it until she said it, but damned if she wasn't right! Most vegetarian pâté recipes use mushrooms as a base, which makes sense, given certain similarities of mushrooms to meat. But, as Kate's comment made clear, I'd inadvertently stumbled on an excellent alternative—roasting my cauliflower had brought out a deeper, meatier umami flavor, and the vegetable also proved to have an incredibly smooth, pâté-like texture when puréed. All I needed to do was tweak it slightly to push it further into pâté territory.

For my basic roasted-cauliflower purée, I roast the brassica in a hot oven until it's well browned. That process also dehydrates it, which is ideal for a thicker texture similar to that of pâté. Then I sauté some onion and garlic in butter until both are softened and fold in the roasted cauliflower. I top the vegetable mix with cream (or chicken stock) and fresh thyme, then simmer it all together for a few minutes before blending it into a purée.

Of course, using chicken stock wasn't going to work for this vegetarian recipe. Luckily, I prefer cream anyway—it adds a fatty richness that's in keeping with the texture and flavor of a good pâté. That said, those looking for a completely vegan alternative can use a good homemade vegetable stock in place of cream, and vegetable or olive oil instead of butter. It won't be quite as rich or pâté-like as my vegetarian rendition, but it'll still work (and taste great).

The first step to transforming my purée into something more immediately recognizable as a pâté was to work in some nuts, which help to thicken it into a spread you can slather on crackers or bread. I ultimately chose pecans because they work nicely with the cauliflower, though walnuts could easily take their place. Before adding them to the pot with the onions, cauliflower, and cream, I also soak them in water, to soften the nuts and help them blend in more smoothly when it comes time to purée the mixture.

The second step was to add a small splash of brandy to the onions and garlic once they'd softened, then cook it down until fully evaporated. That brandy coaxes out a flavor profile reminiscent of a classic liver pâté, which almost always incorporates some kind of alcohol, while simultaneously helping to counter some of the cauliflower and onion's inherent sweetness.

The third step was to reduce the liquid in the pot more fully, to avoid a "pâté" that's as loose as a purée. For a finishing touch, I decided to add a splash of soy sauce, which underscores that umami depth even more.

You can use any kind of blender to purée the mixture—just make sure to do so until it's smooth and even. The pâté might appear a little loose, but it just needs to be chilled until firm before it's served. You can speed this process up by spreading it on a parchment-lined baking sheet (a quarter sheet pan is the best size). If you do, though, press some plastic directly against the surface to prevent it from browning and forming a skin. In fact, you'll want to do this no matter what container you decide to store it in, since a skin can form wherever air touches the pâté's surface.

And that's it—it couldn't be simpler. The texture is as smooth and silky as the most refined foie gras pâtés, though also a little softer, since it doesn't have as much protein, nor as high a proportion of fats that solidify when chilled. Still, it's thick enough to deliver an impressively pâté-like experience, and it's certainly far better than a lot of the vegetarian options sold at markets.

If you're like me and have a lot of vegetarians in your extended network of friends and family, this is by far one of the most thoughtful things you can serve as a snack during the holidays. That way, it won't be just the meat-eaters who'll feel like they're getting a small bite of luxury. 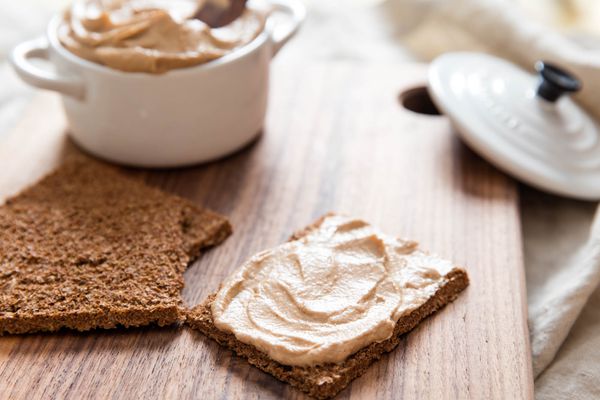 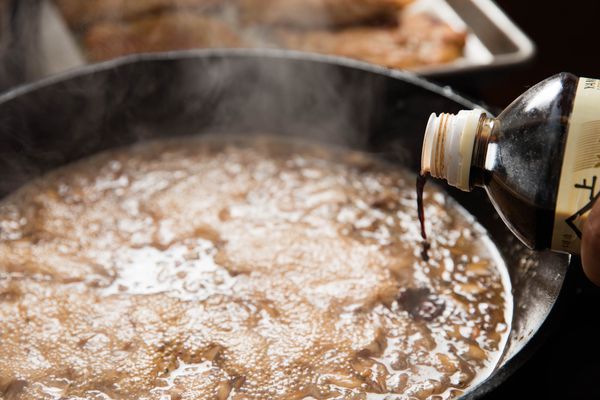 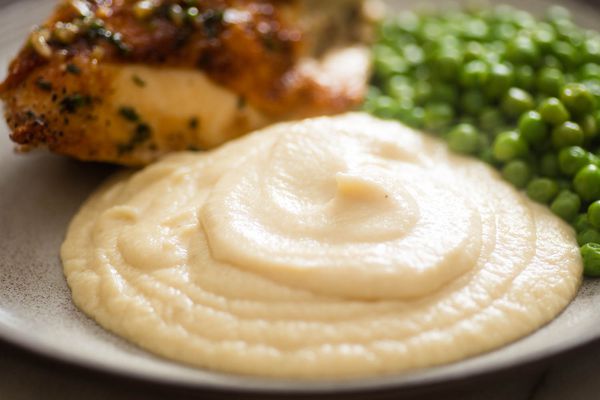