There's a lot to appreciate about perfectly prepared simple things, whether it's creamy vanilla ice cream, an ice-cold gin martini, or a beautifully dressed green salad. Sometimes, though, it's fun to get a little wild and reach for that pint of Chunky Monkey instead, or whip up a Ramos Gin Fizz.

When it comes to salads, there are plenty of ways to spice things up—like playing with texture, such as in this bean salad with radicchio and almonds, or adding something meaty and satisfying, like the roasted mushrooms and shaved Parmesan cheese in this watercress salad. Here's one more idea: Add an unexpected aromatic element and crunchy pop with toasted kasha.

I got the idea the other night while eating a pretty amazing beef tartare at Wildair, a restaurant on the Lower East Side. Sprinkled on top of the chopped raw beef was a snowfall of finely grated cheddar cheese, along with little bits of toasted kasha, which is another word for buckwheat. It worked so well that it got me thinking it'd be a good addition to just about any salad—assuming you like kasha, that is. (Some people don't, and if you're one of them, this probably isn't for you.)

Chefs have been playing with crispy grains for several years now, but making them can often involve boiling, dehydrating, and then frying, which is more effort than most home cooks are willing to put into a mere garnish. What's great about kasha is that it doesn't require much prep at all. Just buy toasted kasha at a well-stocked market or health food store, heat it very briefly in butter or oil, and that's it.

It helps to transfer the kasha to paper towels after cooking to soak up any excess grease and allow the grains to cool.

At that point, it's ready to use as you wish. Here, I've tossed it in a basic salad with cherry tomatoes and thinly sliced scallions. But toasted kasha would work just as well sprinkled on a bean salad or corn salad, or as a garnish on, well, pretty much whatever you can dream up.

One thing I would warn against is tossing the toasted kasha into a moist dish too far in advance, since the grains will eventually soak up the liquid and become soft and powdery. Either toss them in right before serving, or just sprinkle them on top as a garnish.

This recipe makes more toasted kasha than you'll need for the salad itself, but you can keep any leftover kasha in a sealed container for a couple of days and use it as a garnish on other dishes. Just, you know, don't get too wild and crazy—the world may not be able to handle it. 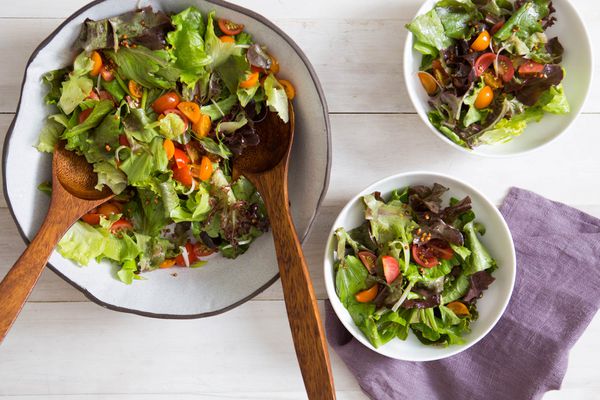 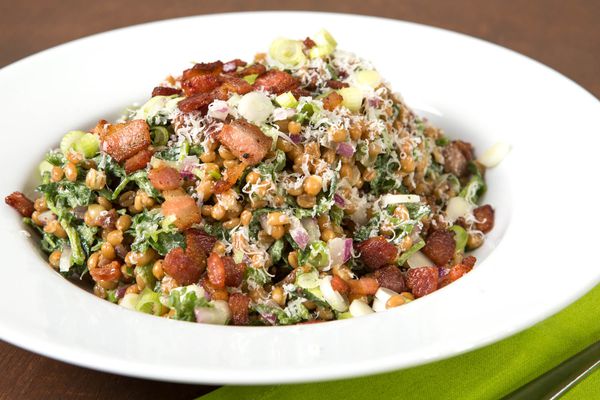