Toasted-rice powder is a pantry staple in the region, lending texture and nutty, roasted flavor to larb and thickening soups and dipping sauces, like dried-chili jaew. It's made by slowly toasting dry, raw sticky rice in a dry pan, then grinding it into a coarse powder. 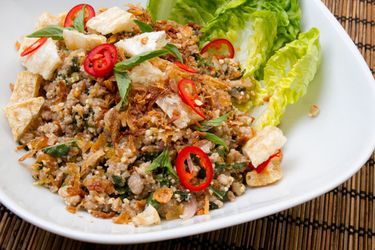 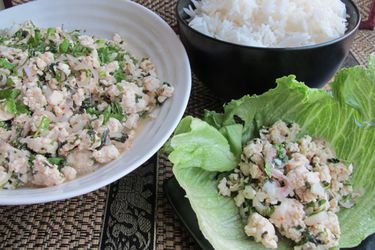 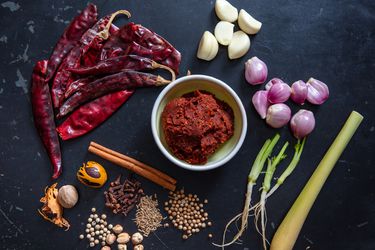 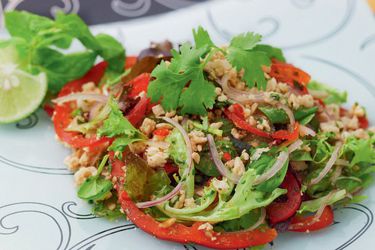