Having grown up down South, I can't imagine Thanksgiving or Christmas without a sweet potato pie. If that's not a familiar tradition for you, I can understand the temptation to see it as a mere replacement for pumpkin. But resist that urge, and trust me when I say that sweet potato pie is a thing unto itself.

Here's the deal. Pumpkin doesn't have much in the way of flavor, so it needs to be spiced seven ways to Sunday to taste like anything at all, and perhaps that's why "pumpkin spice" blends don't even bother to include the eponymous ingredient. Cooked pumpkin is also watery and bland, so, whether your purée is homemade or store-bought, it perks up only with the addition of lots of sugar and fat, giving the pie a dense, custardy texture.

But sweet potatoes? Once roasted, sweet potatoes are so deliciously rich, creamy, and flavorful, they can be served with nothing more than a pinch of salt. That simplicity is reflected in traditional recipes, which involved little else beyond milk, eggs, cinnamon, and nutmeg. Brown sugar is a purely modern twist: Nineteenth-century recipes called for plain sugar if they called for any at all, but the sweet potatoes most often spoke for themselves.

That idea runs contrary to the perspective of today's food world, which is obsessed with layering ingredients to add complexity and depth, but when one ingredient is piled on top of the next in endless succession, you don't always build flavor. Sometimes you bury it. In the case of sweet potato pie, there's something to be said for simplicity—letting a few thoughtfully chosen ingredients work together in concert, without any stray chords to distract from their harmony.

When made with ginger, cloves, brown sugar, and an excess of fat, sweet potato pie tastes like a knockoff version of pumpkin, equally heavy and dark. But when made according to those bare-bones 19th-century recipes, sweet potato pie comes together in one perfect note, bright and clean. That very lightness makes it the perfect match for a big meal, when our palates have been overwhelmed by a multitude of dishes and our pants are fitting a little snug.

Of course, my appreciation for time-honored recipes doesn't mean I take a strictly old-fashioned approach. In accordance with recipes from the 1800s, I boil my sweet potatoes until they're tender and sweet, but instead of water, I use a blend of milk and cream.

Now, prolonged boiling would normally cause milk to curdle, as its acidity is concentrated over time. But, as with my homemade cajeta, curdling can be avoided with the addition of alkaline ingredients. With cajeta, that's a spoonful of baking soda, but for sweet potato pie, I reach for a slightly alkaline spice: cinnamon.

Not only does this method infuse the sweet potatoes with flavor from the inside out, it also cooks off more than a pound of water, essentially condensing the milk. In turn, that coaxes out some of the mellow toffee notes we associate with canned milk, but not to the same degree, keeping the custard's flavor comparatively fresh.

An immersion blender then transforms the chunky mixture into a silky purée, and the custard itself can be made straight in the pan. Just whisk in the remaining ingredients, and you're done.

The thick custard can be held for a week in the fridge, then brought to room temperature—or it can be poured straight into a fully baked pie crust, because it won't be in the oven long enough for the crust to crisp up on its own. Follow my blind-baking tutorial, and you'll be good to go.

The pie bakes for just 45 minutes at 350°F (177°C), or until the custard is gently set—about 195°F (91°C) in the very center. This temperature is a bit higher than what you see recommended for most custard pies, but that's due to its unusually low moisture content. That fact makes the custard especially silky, while ensuring that the crust itself stays flaky and crisp, particularly if you're using my Old-Fashioned Flaky Pie Dough (whose relatively high moisture content makes it disinclined to absorb other liquids).

Those unique factors mean that my sweet potato pie can be held overnight at room temperature without any detriment to the crust, so it's a great make-ahead recipe for the holidays.

Also make-ahead? My brown sugar whipped cream, which stays fluffy and light even after a few days in the fridge. Diluted in cream, brown sugar provides just a hint of butterscotch to complement, rather than compete with, the sweet potatoes. Or, if you'd prefer to match the understated simplicity of the pie, a dollop of plain whipped cream would be swell.

Regardless of how it's served, I hope this sweet potato pie finds its way to your Thanksgiving table. Whether you're craving a change of pace, or just a change of technique, its sweet simplicity is a beautiful conclusion to any meal. 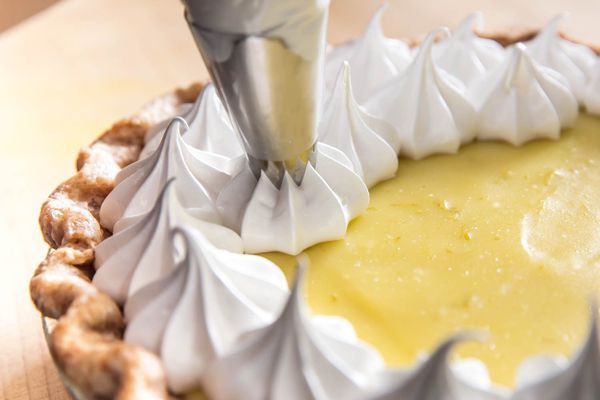 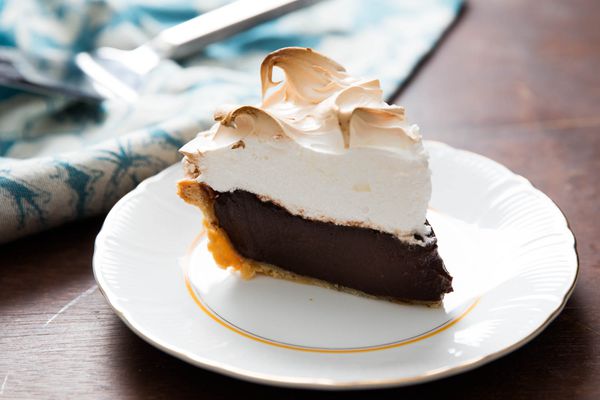 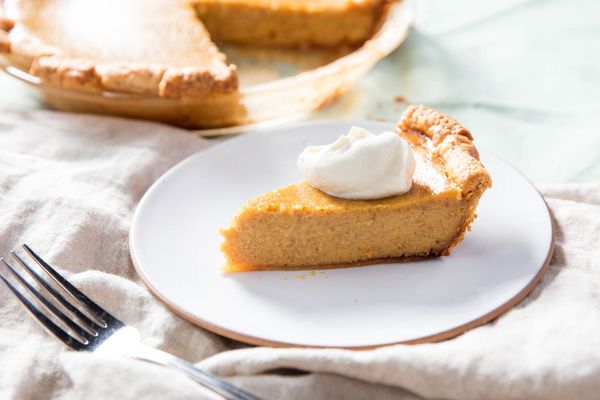 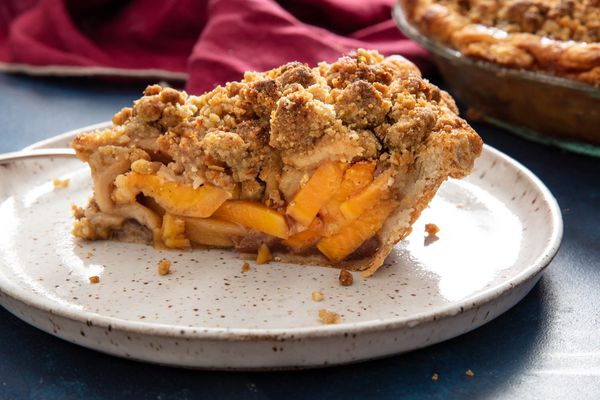 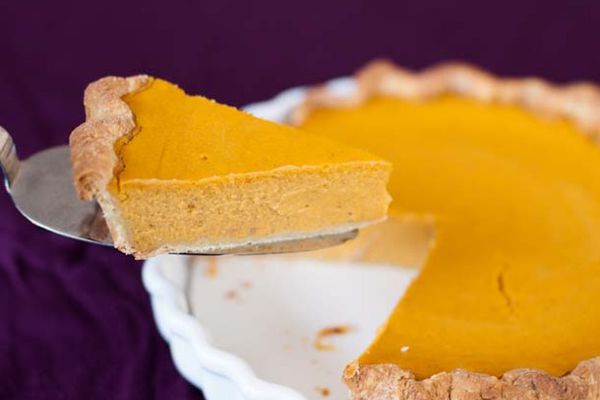