How to Make the Best Salmon Burgers

I like to serve these on very tender toasted brioche buns, slathered in remoulade and topped with a flavorful vegetable slaw. Each bite should offer up a mix of softness and tenderness, plenty of juiciness, and then some shatteringly crispy, crunchy bits for contrast. It's like a well-written script. I've done it for salmon burgers...maybe Netflix should've hired me to do it for Iron Fist. 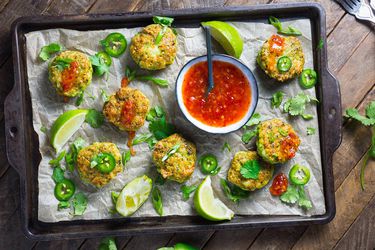