Like many people, we have a strategy for tackling Thanksgiving—I call it our "What Works" list. By knowing in advance that Sunday is when we make the stock and Tuesday is when we make the gravy, that this mixing bowl is big enough to hold all the rutabaga and that we'll need a certain number of chew sticks to distract our dog while we cook, we don't have to think too hard about almost anything, no matter how many people end up coming over. The trouble with the "What Works" list is that we sometimes get complacent, leaning on the same tired dishes year after year, without any variation. This roasted sweet potato recipe is one of our efforts to break out of our Thanksgiving rut this year.

Our idea was to combine two seemingly unlikely bedfellows with the roasted sweet potatoes: miso and maple syrup. Miso, especially the white kind we call for here, is not only salty and savory but also lightly sweet, making it a perfect match for sweet and earthy sweet potatoes. Maple syrup, meanwhile, delivers a complex flavor that plays beautifully off those salty, earthy qualities. Don't worry if you're serving a traditional crowd—this combination doesn't scream "fusion." In fact, if you don't tell them there's miso in it, most probably won't realize it (though they'll likely want to know your secret). And, of course, if you don't make this for Thanksgiving, it'll still be great on the table any other time.

The recipe itself is incredibly easy. We combine butter, maple syrup, and miso in a saucepan and cook them together to form a smooth sauce. Next, we stir in some white wine vinegar and grated fresh ginger, for some sharp, tart flavors to help balance the sweetness and add brightness to contrast with those earthy flavors. We toss diced sweet potatoes with that sauce and roast them until they're tender and browned. We like to leave the skins on, since they have good flavor and grow tender during the roasting, but feel free to peel the potatoes for a less rustic look.

That's basically all there is to it. Those of you familiar with other sweet potato recipes on Serious Eats may have noticed that we don't kick ours off with a low-temperature cooking step before the final roasting. That's because that step is designed to enhance the sweetness of the potatoes (by allowing enzymes that are active at those lower temps to break complex carbohydrates into simple sugars), but in this case, we already have more than enough sweetness from the maple syrup and white miso. Any sweeter, and we'd risk crossing into cloying territory.

This dish wasn't on our "What Works" list before, but we think there's a good chance it will be from now on. There are worse ruts to be in, right? 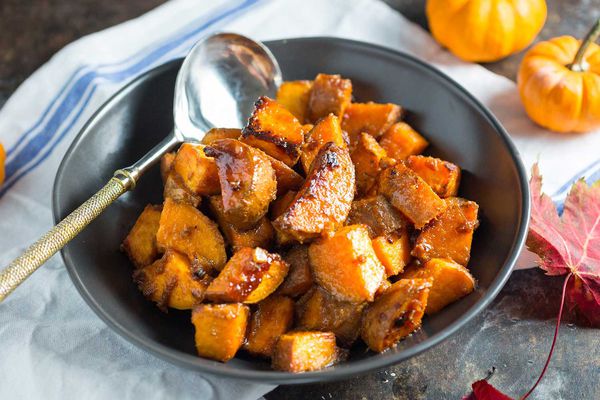 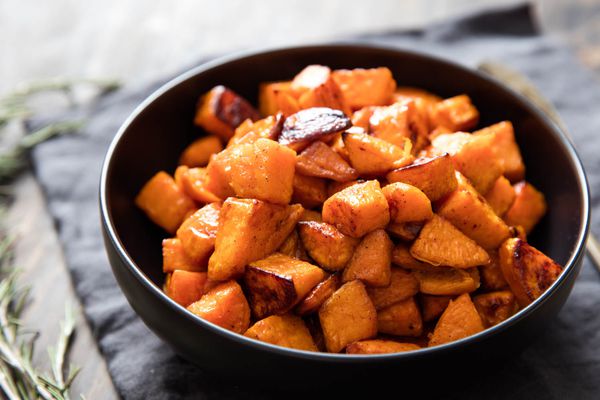 3 Twists on Roasted Sweet Potatoes to Spice Up Thanksgiving 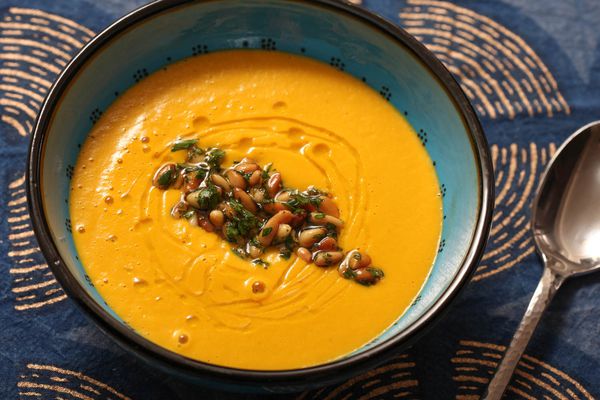 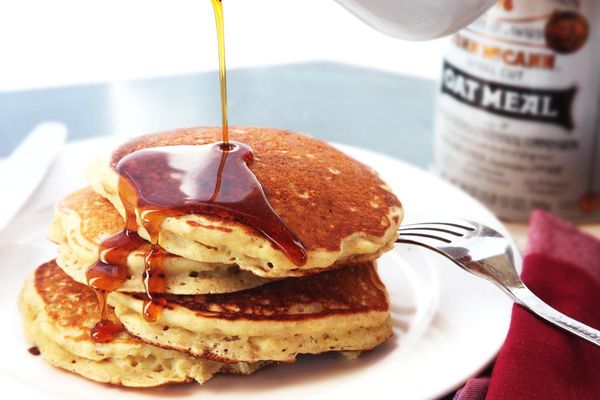 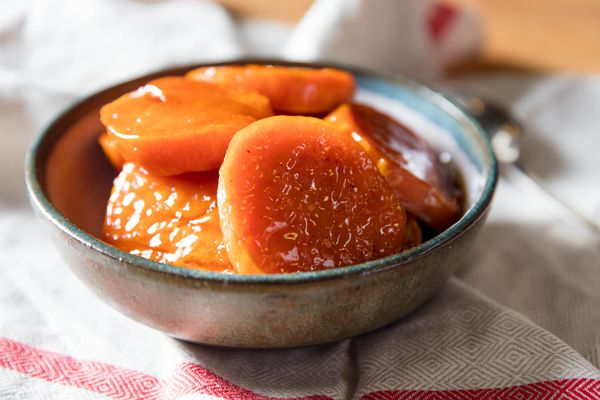