How to Make Mr. Softee-Style Soft-Serve

The Mr. Softee truck is how I learned the phrase "bat out of hell." As in, "Max, don't run out there like a bat out of hell. It's just ice cream and I want to see you live to your 11th birthday." Sorry, Dad, but this isn't ice cream. This is Mr. Softee.

Nothing else has that slick, ultra-whipped texture, almost slippery as it melts. It really isn't like other ice cream—it's not even like other soft serve. In the taxonomic tree of frozen desserts, the industrial swirls of Mr. Softee stand alone. But as the Big Gay Ice Cream Truck's meteoric success in New York has proven, that's just fine by us. This is, after all, our collective American childhood in frozen form.

But all this remembrance of things past does me little good in February, when the Mr. Softee trucks are deep in winter hibernation (I imagine them curled together in the hollows of great oak trees). I want my soft serve now.

Mr. Softee's ingredients are pretty straightforward: milk, sugar, cream, corn syrup, milk solids, whey, and some stabilizers to keep it almost pudding-like at soft serve temperature. Replicating that texture with common home ingredients isn't easy, but it can be done.

The base of this ice cream is made with half and half, cornstarch, and—the secret ingredient—gelatin. Gelatin acts as a stabilizer—it reduces the size of ice crystals in the ice cream and allows the ice cream to hold its shape even when it's on the verge of melting. That slick, "why isn't this melting" texture is the hallmark of the Mr. Softee experience, and as long as you let this ice cream thaw until it's returned to a melty, soft-serve-like state, you'll get that experience every time.

"Nobel Prize committee, you have my number."

That's right: this is soft serve you can freeze, thaw, and refreeze as many times as you want with little to no discernible loss in dreamy soft serve lightness. Nobel Prize committee, you have my number.

Unlike Mr. Softee, your homemade soft serve can taste like real vanilla. As Stella brilliantly discovered, Tahitian vanilla beans have a beautiful floral flavor that pays homage to the mass-produced crack of industrial foodways while also tasting really, really good. Steep a bean in your dairy for an hour and you'll be rewarded with a vanilla experience unlike anything else (don't worry, you'll still get great flavor with another vanilla bean variety, or vanilla extract).

And one more trick—add a wee shot of Scotch whisky to your ice cream base before churning. It makes for the ice cream flavor you never knew you always wanted. 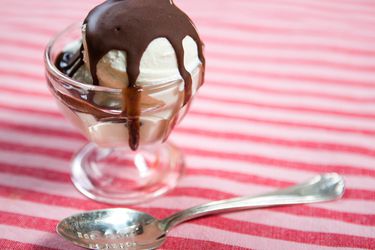 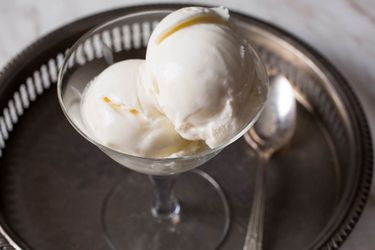 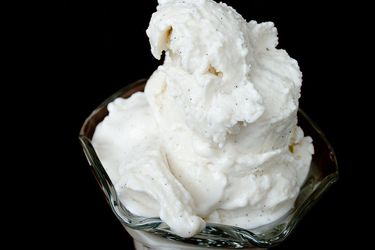