What I didn't know when I started, but what I've learned full well, is this: Utter the words "hot cross buns," and those around you will drop whatever they're doing and burst into song (or, in Daniel's case, a strangely compelling slow jam). It wasn't until a buddy of mine heard the subliminal trigger and whipped out an invisible recorder (you know, those little woodwind instruments we all had to play in middle school?) that I realized what was going on—we'd all been brainwashed as children. It dredged up a faint recollection. Me, perched on the edge of a folding chair, with a cheap plastic recorder resting on my lips, fingers marching down the register: Hot. Cross. Buns!

I eventually became aware that hot cross buns actually existed beyond the confines of my elementary school music trailer (welcome to Kentucky), but I'd never seen one in the wild. Not until I moved to Connecticut, where I was charmed by their simplicity. Fluffy dinner rolls, lightly sweetened and spiced, studded with currants and frosted with a cross...what purists would call a heretical indulgence.

Sorting out what is and isn't traditional when it comes to hot cross buns is not just a matter of where you grew up, but when. So tape up your glasses, adjust that pocket protector, and nerd out with me for a bit. See, much of what's considered "traditional" is just the current way of things, the goings-on of our most recent century.

"sweetly spiced bread marked with a cross had been given away on Good Friday since the 14th century."

Admittedly, a hundred years feels like a solid pedigree, but it's little more than breaking news given that the infectious jingle we all know dates to the 1700s, when hucksters roamed the streets of London selling hot cross buns both large (one a penny) and small (two a penny). Even that's a shockingly au courant commercial development, considering that sweetly spiced bread marked with a cross had been given away on Good Friday since the 14th century.

From there, some historians'll rewind all the way back to spiced bouns in Grecian temples, or honeyed Egyptian boules marked with an ankh, but I'm far more concerned with unearthing the hot cross bun's most recent ancestor, which I suspect is Irish at heart.

Forget humble soda bread, a wee bab in the grand scheme of history, and hear the tale of Ireland's second most famous loaf: bairín breac. Oral tradition suggests that druids first prepared this "speckled bread" by staining a dough with saffron to symbolize divine light, then mixing it with poppy seeds or caraway to represent the stars. They scored the top in quadra, allowing each loaf to be torn in quarters, a reminder of the shifting seasons.

Fittingly, bairín breac was served on quarter days, Gaelic holidays set between the solstices and equinoxes. While the most famous was Samhain, a festival long since overshadowed by Halloween, bairín breac also featured prominently at Imbolc—a celebration of hearth and home in early spring, dedicated to the goddess Brigid.

Brig had a soft spot for all manner of speckled things—cows and snakes, in particular—so, when Imbolc celebrations converged with Candlemas feasting for Saint Brigid (a dear friend of Saint Patrick), I have a sneaking suspicion that the custom of baking quartered and speckled bread was absorbed into Lenten tradition as well.

Regardless of their origin, by 1638, during the reign of King Charles I, baking spiced buns for any occasion aside from Good Friday was declared "repugnant to the laws of this realm and hurtful to the common wealth." This was by no means the first such law, only the most delightfully quotable. Whether English monarchs meant to stamp out any lingering pagan festivities in Ireland or simply uphold some obscure political bargain, there's nothing criminal about hot cross buns today...except for the sad fact that we don't bake them more often.

Historically, the recipe has been little more than a common bun spruced up with ingredients significant to the baker—elements open to interpretation and adaptation through the ages, from fiery saffron and starry poppy seeds to anointing oils and spices. So, while my version is grounded in tradition, I haven't been afraid to add a few modern touches.

The dough itself is an amalgamation of several 19th-century recipes, all of which called for lots of milk, a touch of butter, very little sugar, and no eggs at all. I've adjusted things by replacing (and exceeding) a portion of the milk with thick Greek yogurt, allowing for a higher level of hydration without creating a sloppy mess. As a bonus, yogurt's mild acidity improves gluten development, so there's no need to use a strong bread flour—plain all-purpose flour will do.

Charmed by the notion of tiny seeds like constellations, I also speckle my hot cross buns with vanilla. It adds a familiar aromatic note that seems to shake off the Christmasy connotations of nutmeg and allspice, making the flavor more springy and light. Adding to that brightness is coriander, a criminally underrated spice in baking that adds a fresh, citrusy vibe.

After playing around with every dried and candied fruit around, even those weird tubs of neon fruit that go on sale after Christmas, I settled on a blend of candied orange peel (easy to make or purchase any time of year), dried apricots, and cherries. Each is tart and chewy in its own way, which keeps things interesting from bite to bite.

Truth be told, so long as the total volume remains the same, you can use any blend of dried or candied fruit you prefer. Whatever the case, I've found that giving the fruit a rough dice (even if it's cherries or raisins!) makes the dough easier to shape and more flavorful. Without chopping, the dense fruit remains concentrated in two or three distinct pieces per bun.

With all that fruit and spice, proofing the dough is more about developing loft than flavor, which means you can be finished up in time for an afternoon snack; for those observing Good Friday or planning Sunday brunch, the dough can be refrigerated overnight to bake at breakfast. In either case, just before they go into the oven, I like to cross the buns with a knife. The cut opens up as the buns rise and brown, bearing a pale cross.

Purists can leave it be, but those of us who prefer a touch of frosting should do so without shame. In the 19th century, hot cross buns were almost universally cut and glazed with a paste of egg whites and sugar—what we'd call "royal icing" today. The technique had a curious effect, settling in the freshly cut grooves to highlight the cross while (presumably) evoking Christ's whitewashed tomb. While I wasn't keen on the alarmingly pallid crust, it was a huge relief to discover an authentic foundation for adding lines of frosting (surely today's most controversial hot cross bun maneuver).

So round up some fruit, pull out your favorite spices, and whip up some frosting (or don't). When it comes to a recipe so historically adaptable, all you need is to spend some time in the kitchen to make hot cross buns a springtime tradition of your own. 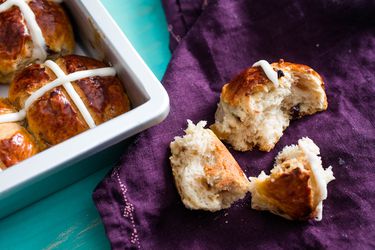 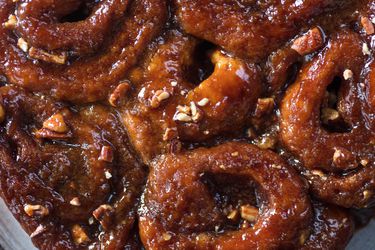 How to Make Old-School Sticky Buns With a Caramel Twist 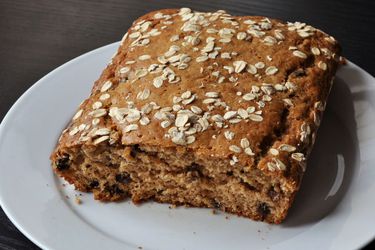 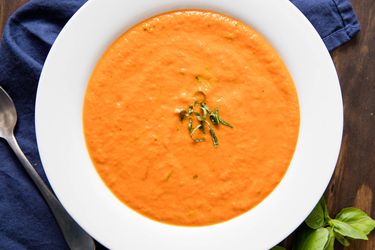 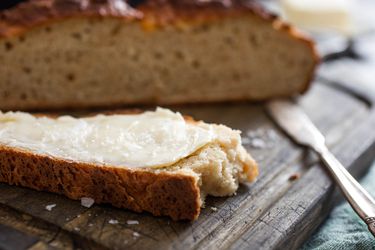 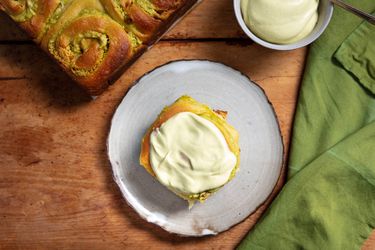 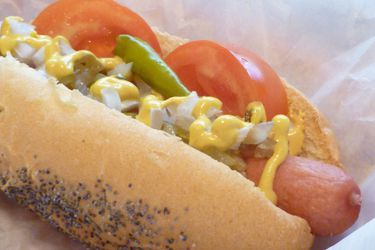 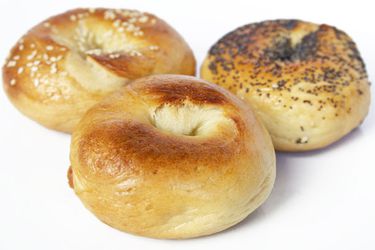