There were a lot of attractive elements to the dish. For starters, it was quick to put together: from store to plate, I had it done in under an hour. The flavor was appealing, even to my then uninitiated palate—with the addition of ginger, garlic, and fish sauce, it basically tastes like a really good chicken and rice soup with a distinct Filipino/Asian profile. It was also incredibly hearty, making it suitable as an entire meal or a starter or snack in smaller portions.

Trust me, you want crispy fried garlic to top the arroz caldo. I skipped this step for years, and still do sometimes when I'm lazy, but it's not nearly as good without it. Cristeta Comerford's recipe required the garlic to be sliced, soaked in milk, then fried in two cups of oil, which is a little more effort than I'm generally up for with this kind of rustic dish.

Instead, I fry the garlic the way my family does it—simply adding minced garlic to cold oil, slowly cooking it until it's a light golden brown color, then draining. The process takes all of five to ten minutes, and the added crunch and bite it gives the final dish can't be understated.

I begin the the soup by softening some thinly sliced onion in a bit of oil over medium-high heat. Then I add about a tablespoon each of minced garlic and ginger and cook it all together until fragrant. 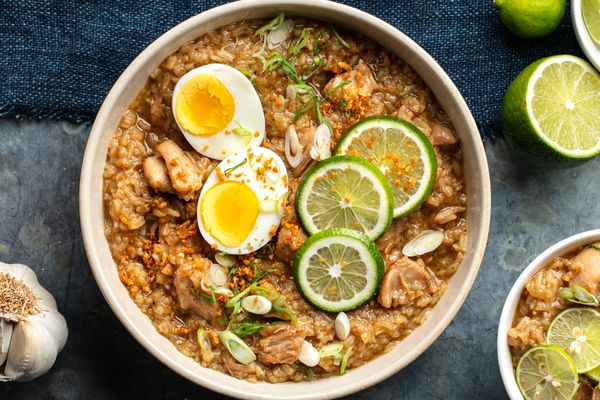 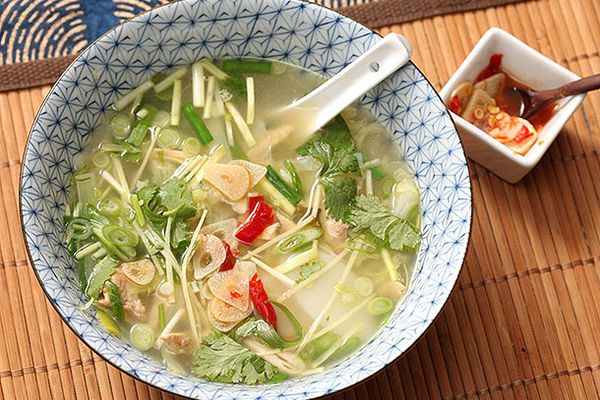 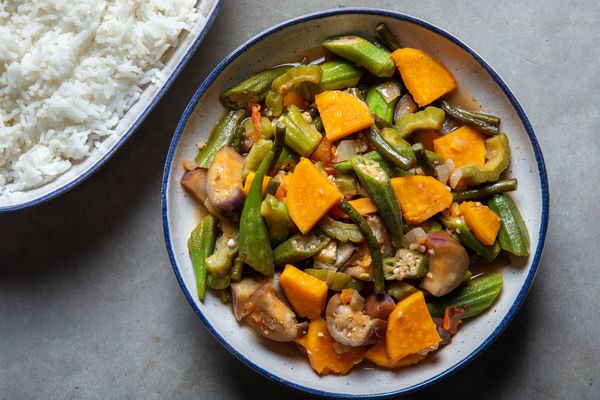 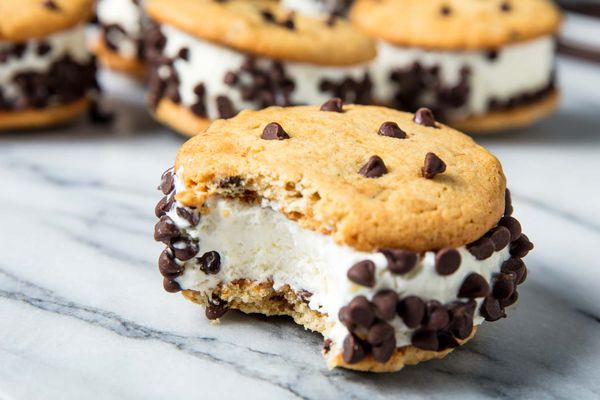