I've heard a tale that the croque monsieur was discovered by French workmen who placed their lunch pails next to a radiator. When they sat down to eat, their ham and cheese sandwiches had melted from the heat, and the rest is history. Of all the world's ridiculous food-creation myths, that has to be one of the worst. Are we really meant to believe that it took an accident like that to make the culinary geniuses of France realize how damned good a hot ham and cheese sandwich would be?

Then again, stranger things have happened. Perhaps the strangest, in this context anyway, is that bad croques monsieurs exist. I can't even begin to fathom how someone could mess up a hot ham and cheese sandwich, and yet some people manage to find a way. Just a few months ago, in fact, I went out to brunch with some friends. My arm was in a cast, which made eating with both fork and knife nearly impossible. I figured the croque was a good choice, though. But the greasy monstrosity that hit the table was tough as wood and thick as Larousse. I couldn't pick it up with one hand, I couldn't cut it, and I could hardly bite through it. I ended up jabbing my fork right into its center and lifting the whole thing up like one of those cartoon porterhouse steaks. It was, by any measure, a bad croque monsieur.

There are three things that I think are essential to a good croque:

Oh, make that four things: butteriness. A croque should definitely be buttery.

So let's start with the ratio of bread to filling. It's important that the amount of bread doesn't overshadow the ham and cheese inside. This means thin slices of bread—not more than three-eighths of an inch thick, though, if you can cut them even thinner, a quarter inch thick is ideal. Any thicker and you'd have to start bumping up the amount of ham and cheese in the center to balance it out—and, while that may sound like a good thing, I warn you that it quickly becomes grotesque. This sandwich, when done right, is hella rich, and therefore is best kept to a more restrained size.

Next, there's the texture: A good croque monsieur is both crisp and tender. The key here is choosing the right bread. I like brioche for my croque because it's both soft and buttery, but any high-quality white sandwich bread is good here. The secret to its crispness is in the toasting. I treat a croque just like all the grilled cheese sandwiches we make here at Serious Eats,* which means toasting both sides of each slice of bread in butter. This gives it double the crispness, which is incredibly important for a sandwich with such moist fillings—otherwise, the inside surface of the bread gets steamed and mushy.

Technically, a croque should be classified as a melt, but whatever, melts are really just grilled cheese sandwiches with bonus food added.

The last consideration is the goo factor. The melted cheese, of course, provides a lot of it, but I like to take it one step further and add Mornay sauce. That may sound all fancy and complicated, but it's really just béchamel (a.k.a. white sauce) with cheese melted into it. It's essentially the same thing as the sauce used in a classic cheddar mac and cheese, except that I reach for a good Swiss cheese, Gruyère, or Comté for a croque. The Mornay adds a silky and creamy layer to go alongside all that stretchy melted cheese.

That's basically it: Toast the bread in butter on both sides, layer it with a couple of slices of good ham and freshly grated cheese, and then slather on the Mornay. A bit of Dijon mustard adds just enough vinegary punch to balance all that richness.

For a final touch, I spread more Mornay on top of the closed sandwiches, although you could just as easily sprinkle grated cheese all over each sandwich instead. Or do both...on second thought, you really should do both.

Then throw the sandwiches in the oven to melt it all together. If you want to brown the tops, a quick trip under the broiler does the trick, though that's totally optional.

Here's the best part: While I was working on this recipe, a bird flew by and accidentally dropped an egg right on top of one of my test sandwiches. Not knowing what else to do, I cooked it, then ate the sandwich. I decided to call it the croque "madame," and, lemme tell you, it's even better than the monsieur.**

** This, ladies and gentlemen, is how spurious creation myths are born. 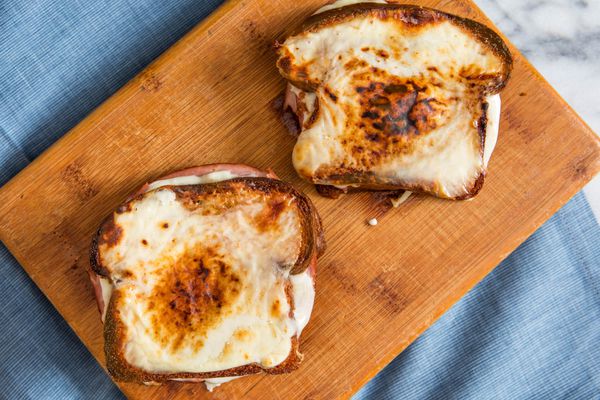 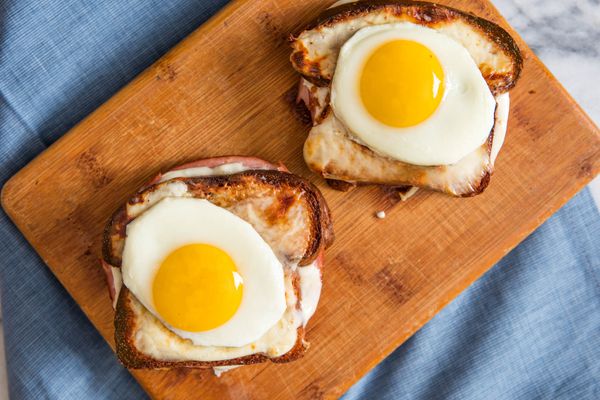 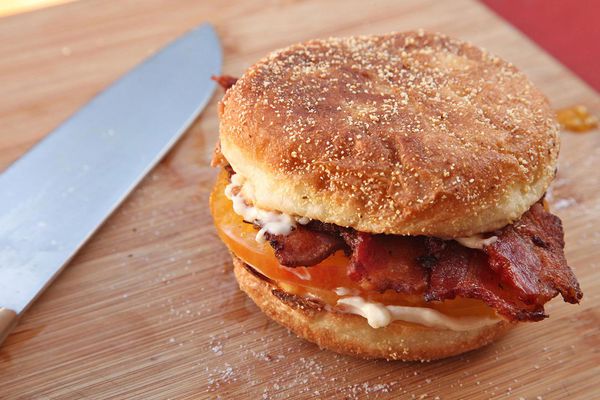 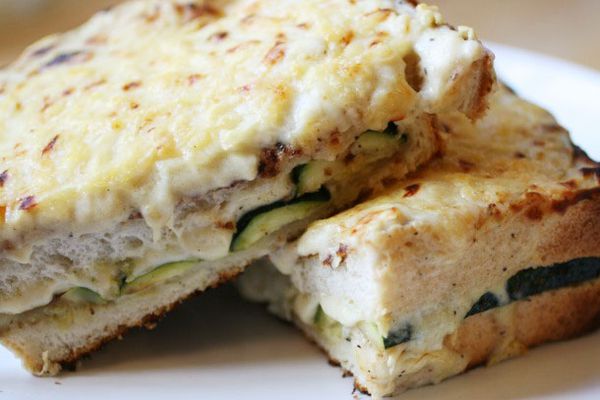 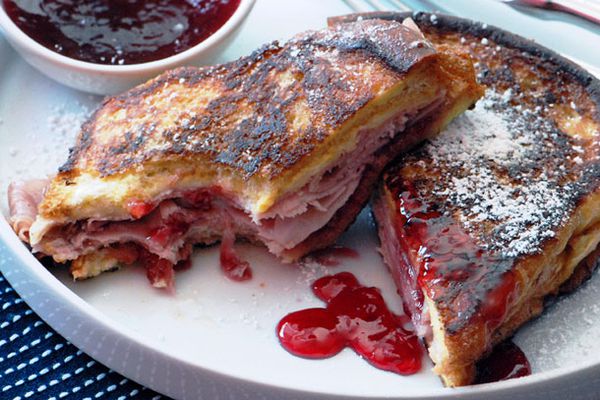 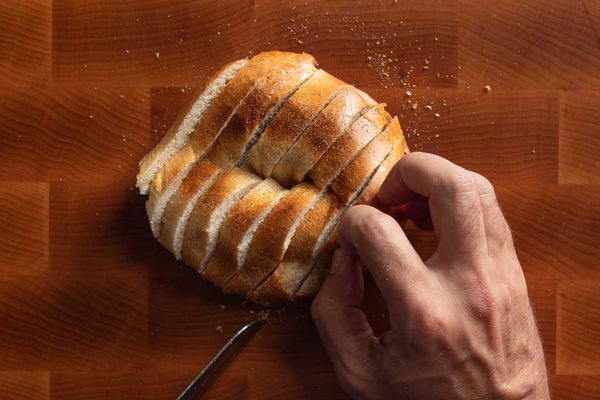 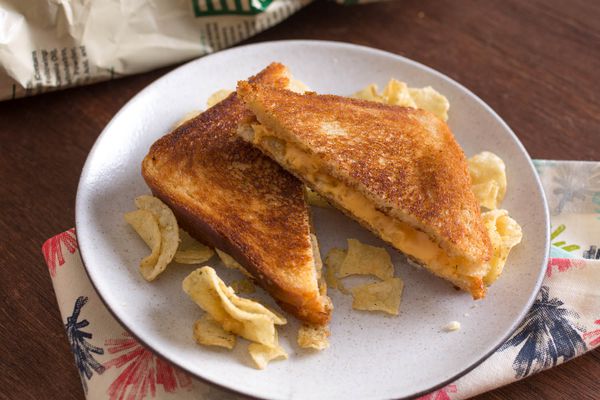 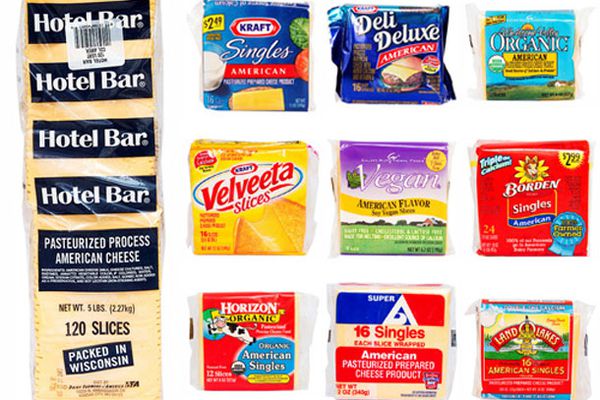 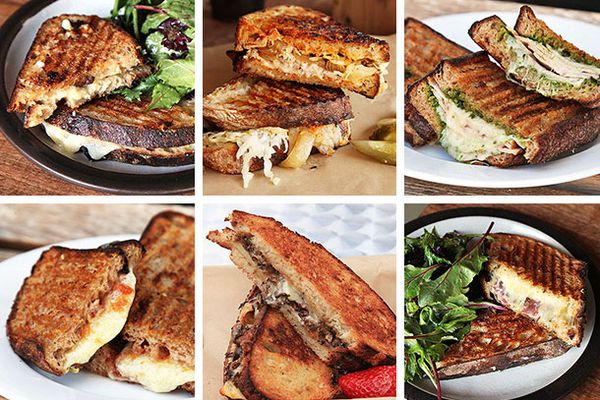 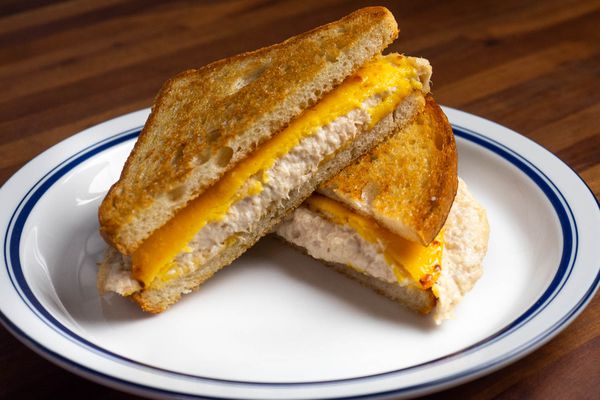