Want to know one of my favorite things about "rustic" desserts? No matter how ugly they are, they still manage to be beautiful...in a rustic sort of way.

Take these chocolate swirl meringues as an example—no matter what you do, you simply can't mess them up. Flavored with cocoa powder, a touch of molasses, and a pinch of cinnamon, then baked until crisp, these generous sweets combine a light and crumbly texture with intense chocolatey flavor. The cinnamon provides just a hint of warmth, while the molasses gives the meringues a subtle caramel flavor.

You start by mixing up a basic French meringue.

One thing I like to do when I make French meringue is spread the sugar onto a baking sheet lined with parchment paper and heat it in the oven until the edges of the sugar are just beginning to melt. This step ensures that the sugar properly dissolves into the beaten egg whites, resulting in a well-structured, smooth and glossy meringue. This extra step only takes a few minutes, but it makes a huge difference in the finished meringue, and, consequently, these chocolate swirl meringues.

It's also important to make sure you beat the egg whites to soft peaks before adding the hot sugar one spoonful at a time. This ensures the egg whites reach their maximum volume for the airiest possible meringues.

If you don't have molasses, don't worry. You can replace some of the sugar called for in the recipe with an equal amount of light brown sugar to impart the same flavor to the meringues.

Once the molasses and vanilla are mixed into the meringue and the meringue has reached stiff-peak stage, use a fine-mesh strainer to dust the top of the meringue with a mixture of cocoa powder and cinnamon. Instead of folding the cocoa and cinnamon in, just use two large dinner spoons to scoop out big dollops of meringue and carefully plop them on a lined baking sheet.

Bake until crispy, light, and crumbly; it'll take two to four hours depending on the humidity.

Try not to make them too pretty. Remember, you want them to look rustic. 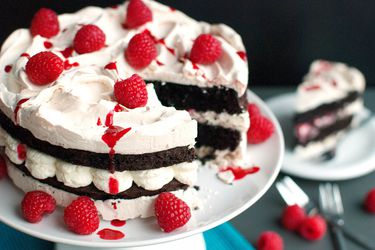 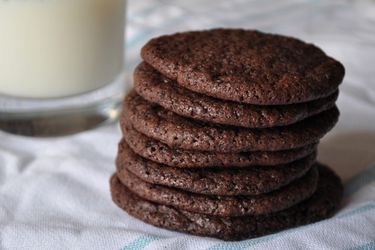