To be fair, sometimes chilies will feature in these cold pickled dishes as well (roasted chilies and cucumbers are a particularly common combination), but their primary role in a meal is to bring refreshment. Think of them as a palate cleanser between bites of the heavier stuff.

Here's the technique: put a cucumber on the counter, skin and all, and smash it. Ta-da!

It's easy enough to slice a cucumber lengthwise, cut it into cubes, then toss those cubes with garlic and vinegar, so why bother with the smashing step? Well the first is a practical one. Provided you've got yourself a heavy cleaver (the bottom of a skillet or a meat pounder will do just as well), then smashing an English or Japanese cucumber is a faster and more efficient way of breaking it up. You'll find that it tends to split lengthwise into 3 to 4 spears when you do so, then it's a simple matter of a few cross-cuts and you've got your cucumber cubes.

The one lesson I've learned about these pickles the hard way over the years is that everything about them is quick: if you don't eat them within half an hour or so, they become soggy, limp, and slimy. Fortunately, they're so good I can't foresee this being a problem.

These pickles are the perfect side for hot Sichuan dishes like bang bang chicken, boiled beef with chili, lamb with cumin, blistered green beans, kung pao chicken, or (my favorite) mapo tofu. 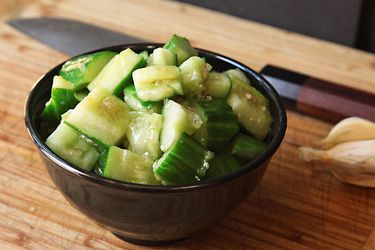 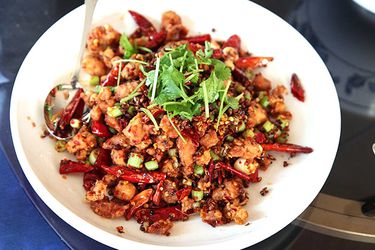 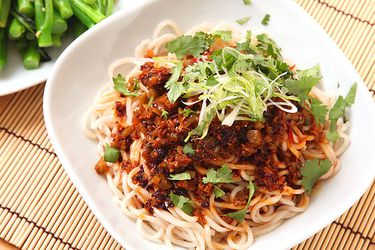 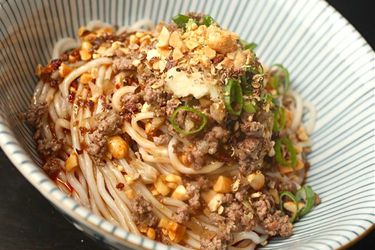 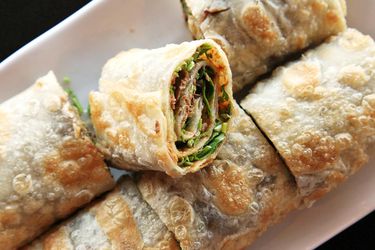