What is a burrito? One answer is that it's a Mexican and Tex-Mex dish made by wrapping a flour tortilla around a filling that includes a mix of ingredients like meat, beans, and rice. I think that's pretty accurate, but let's face it—at this point, the burrito is such a gloriously revamped concoction that there's no reason to limit ourselves to "authentic" versions only.

There are an infinite number of directions in which to take the burrito, but I'm partial to using Indian cooking for inspiration. My most recent creation is the Chicken Vindaloo Burrito. Stuffed with lemon-flavored basmati rice, crumbled paneer cheese, fresh cilantro, diced tomato, and richly spiced chicken vindaloo, it has enough in common with a more classic burrito to be immediately recognizable as one, but with an entirely different set of flavors.

There are many ways to make vindaloo, depending on whom you ask. In many places, the main goal of a vindaloo is to slap you in the face with spices and make your mouth burn with the fury of a thousand chilies. In others, it's more about the tanginess that's achieved by using a very heavy hand with vinegar. Some recipes include potatoes; others insist that potatoes have no place in a proper vindaloo. The dish's history reveals the reason for the differences.

Vindaloo gets its name from the Portuguese words for wine and garlic—vinho and alho—both ingredients used in the original version of the dish, which was essentially a Portuguese stew. When the Portuguese colonized the coastal area of Goa in India, they brought with them their carne de vinha d'alhos (meat stew with wine and garlic), as well as chilies that were quickly embraced by the locals. It wasn't long before the chilies were incorporated into the stew, along with a variety of spices common to the Goan region. The wine was swapped out for wine vinegar, and later palm vinegar, which was more widely available in Goa. Eventually, "alho" morphed into aloo, the Hindi word for potatoes, leading to the appearance of the tuber in many recipes.

When the British occupied India in the early 1800s, they too became enamored with vindaloo. Their later interpretations of the dish back in England gradually added more and more heat, until the curry became famous for its tear-jerking spiciness—quite a large leap away from the balanced, earthy flavors of the early Goan version.

For this recipe, I use a moderate hand with the heat so that the tang and spices can shine, but if you prefer yours hotter, feel free to add more chilies.

I begin by marinating the chicken in a blend of vinegar-soaked chilies, ginger, and garlic. When it's time to cook the chicken, I add chunks of potato to the mix, along with browned onions, aromatic ground spices, a bit of tomato paste, and chicken broth. It all cooks down to create a thick and flavorful gravy that clings to the potatoes and chicken—perfect for filling a burrito.

Instead of Mexican-seasoned rice, I use basmati rice flavored with lemon juice and turmeric, which cooks while the curry finishes up. I chop up some tomato and cilantro and crumble some fresh paneer cheese, and then it's time to layer everything onto a large tortilla (you can also use roti, if you prefer) and roll it up tightly.

You can toast the burrito in a grill pan or skillet if you like, or just eat it as is. But don't forget to include some store-bought mango chutney, which takes the place of salsa here and adds some sweetness to balance out the heat and acidity.

I make these in big batches, then put the ones that won't be eaten right away into the freezer. They freeze and reheat beautifully, making them an excellent meal to keep on hand for when you don't have time to cook. Which means that, whether you agree to call them burritos or not, you'll definitely want to stock up. 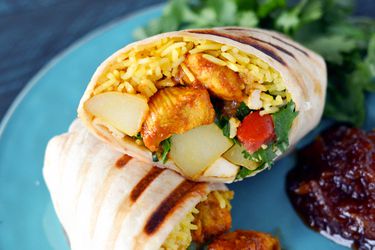 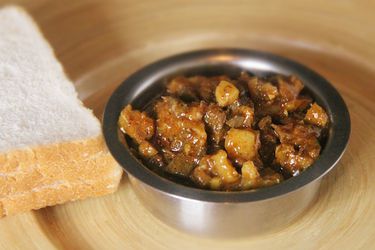 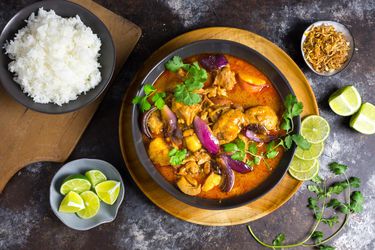 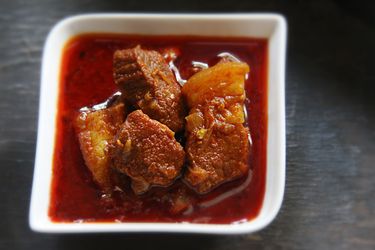 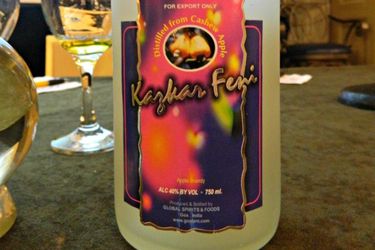 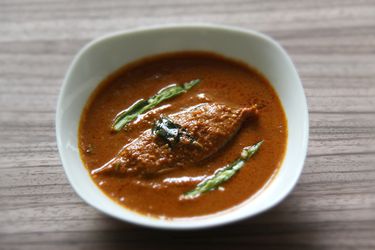