Grilled squid with olive oil and lemon juice is one of those incredibly simple dishes that captures everything I love about coastal Mediterranean cooking—it's economical, uncomplicated, and pristine.* One bite and I'm back on a beach in Portugal, drinking cold vinho verde from the bottle and spearing juicy grilled squid bodies with my fork.

*Assuming your squid is pristine. Accept no less.

For all their simplicity, though, grilled squid are very easy to mess up. Why? Because when you grill squid, forces conspire against you—and no, I'm not suffering from paranoid delusions. Not unlike putting laundry out to dry in a rain shower, grilling squid requires overcoming some very fundamental obstacles, namely that the surface of the squid will only brown once it has dried out enough, but the squid will overcook if it's exposed to the drying heat for too long.

Understanding these two competing requirements—the need to both expose the squid to enough heat that it browns yet not so much that it overcooks and becomes rubbery—is the first step in achieving good results.

The problem is that squid is a very, very wet creature with an incredibly high water content. And as we've discussed before, foods will not brown when there's much water present on their surface.* For the squid to sear and brown on the grill, its surface first has to dry out enough for the Maillard (browning) reaction to take place. But squid is also tricky because there are only two ways that it's good: either cooked for just a couple minutes so that it's still tender, or slow-cooked for at least 30 minutes, which will return it to tenderness. Anything in-between and you'll feel like you're chewing on rubber.

*Unless you're able to raise the temperature of the water above 300°F, which is pretty dang difficult to do without extreme levels of pressure. Since I've never heard of a pressurized grill, I'm going to assume it's not really possible.

To overcome this, you have to take two important steps. First, you have to thoroughly pat the squid dry to remove as much surface moisture as possible, and only then rub it with oil to prevent it from sticking to the grill. Second, you need to cook the squid over blazingly hot coals. This is all about intense direct heat: The hotter the grill, the faster it will drive off surface moisture and sear the squid, all before the squid loses its tender texture.

Here's a look in pictures:

Squid bodies that are first thoroughly patted dry with paper towels and then tossed with oil are set directly over the hottest part of the grill.

If the grill is hot enough, the squid should start getting grill marks within a minute or two.

Yeah, that's what you're looking for. 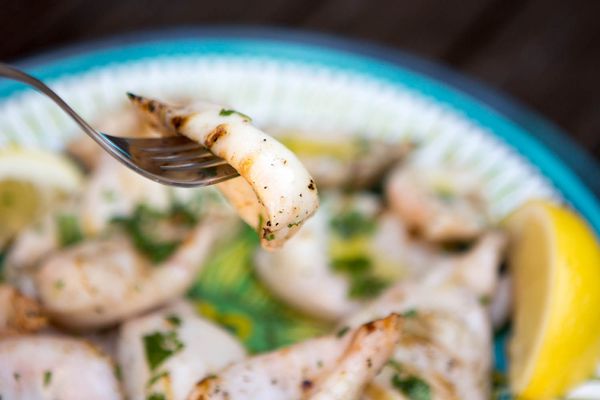 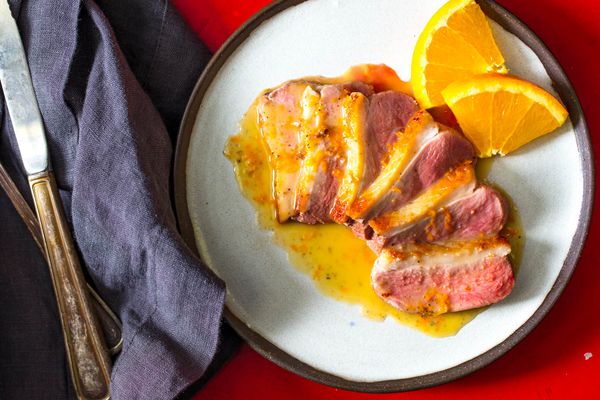 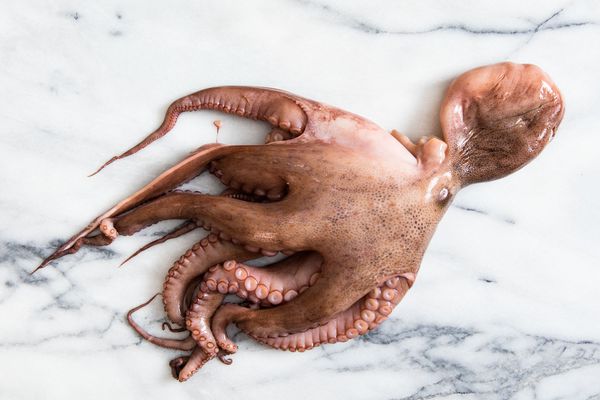 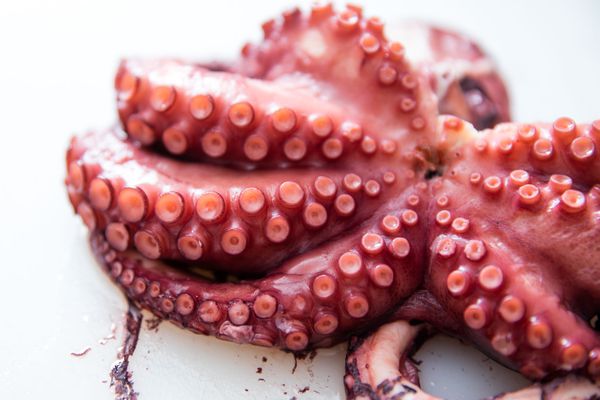 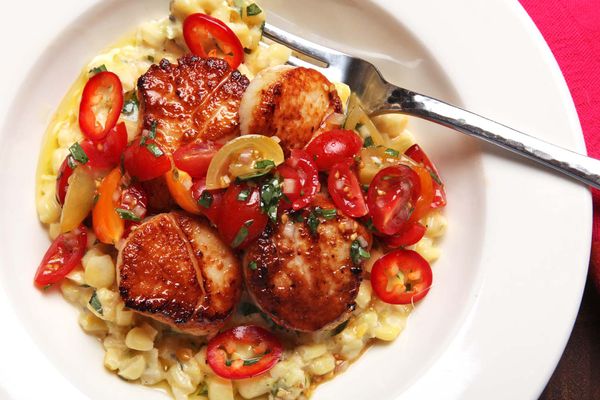 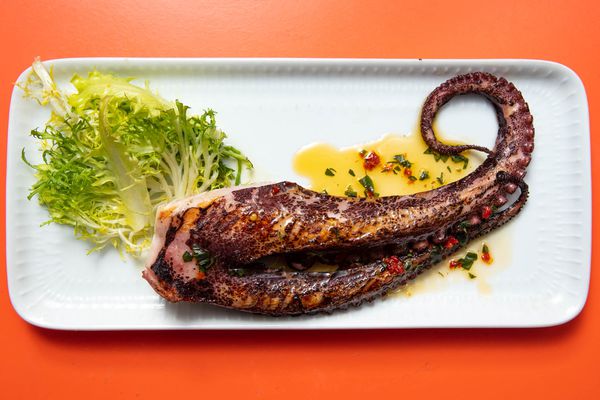 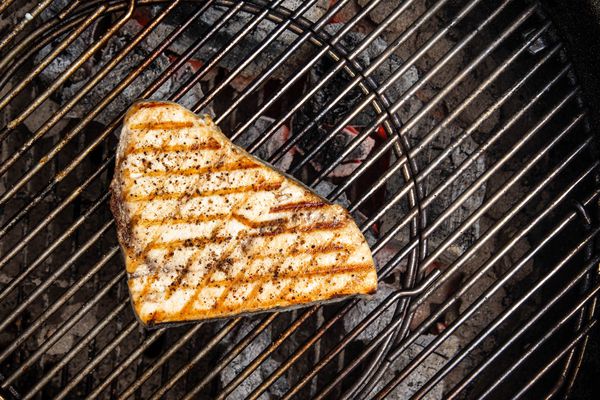