Cleaning expert and author of My Boyfriend Barfed in My Handbag...and Other Things You Can't Ask Martha Jolie Kerr joins us today to tackle a common kitchen cleaning question: What's that gross smell coming from my refrigerator, and how do I get rid of it for good? Have more questions for Jolie? Send her an email and stay tuned.

I have a pretty ancient refrigerator that, about six months ago, started emanating a slightly gross, funky odor whenever I'd open the fridge door. As luck would have it, we lost power a couple of months ago, providing me with an excellent opportunity to clean out the fridge and freezer, toss old/questionable foods, and clean all the shelves and drawers. But, a week later, I started noticing the smell again. WHAT COULD IT BE!? Is there some secret compartment I'm missing and forgetting to clean? Is the fridge just old and nasty? Is it haunted? I have tried leaving a bowl of baking soda inside to absorb odors, but no dice. Should I just get a new fridge?

This letter has more questions than a Dr. Seuss book, and I love it. I'm also so tickled by the fact that you went right from "secret compartment" to "haunted." You were clearly raised right.

Before we get into the nitty-gritty, let's take a look at the how and why of this particular problem. The kinds of odors that are plaguing your fridge are caused by molecules of what we'll call "stuff," which are emitted from your food and float in the air, circulating in that small, enclosed space. When you open the door, those molecules enter your nose and trigger receptors that make you say "ew." If it helps, you can imagine those offending odor molecules as ships, aimlessly wandering the ocean of your fridge, looking for a port. By default, the smooth walls of a fridge can't hold many ships, but your nose, packed with receptors, makes a very good port. Your goal here? Provide a place for those boats to dock before they make it to your nose.

After you've removed, cleaned, and replaced the drip pan, the odor should noticeably improve. That said, there may still be a lingering smell, and, of course, you'll want to keep new odors from developing. Which means you've also given me a perfect excuse to talk about the best way to keep low-level fridge smells at bay—something almost everyone has to contend with at some point in his or her adult life.

Generally speaking, there are two basic tactics we can deploy to solve a persistent odor problem. We can try to drown it out by introducing other molecules of a less offensive nature—we'll call those the deodorants of the cleaning world. Or, we can try to take them out of circulation entirely, by providing alternative places for them to dock—our antiperspirants.

The former method can be cheap, easy, and relatively effective, but it comes with a few caveats. That's because, like deodorant, these products (namely, coffee grounds, white vinegar, and gel odor eliminators) emit smells of their own. Smell is a very subjective thing, so I can't say whether you'd enjoy getting a whiff of, say, coffee every time you reach into the fridge for a carton of orange juice. But, even if that does sound rather appealing, you'll want to keep in mind that these products don't just have their own odors—they can also impart those smells to other foodstuffs in the refrigerator. If you want to give them a shot, simply set a small bowl in the fridge, filled with either coffee grounds or vinegar (or buy a canister of odor-eliminating gel to keep on a shelf). Just keep in mind that you may find a new smell invading your fridge and its contents, rather than what we really want—no smell at all.

The pan will be located under your fridge, and, depending on the model, you'll either access it from the front (behind a kick plate), or you'll have to pull out the fridge to access it from the back. (Check your manual, or find it online by searching for the brand and model number.) Once you've removed it, clean it with a sponge or rag and a good dish soap, all-purpose cleaner, or bleach solution.

On the bright side, you've already done the first thing I would have suggested—you've thoroughly inventoried and cleaned the inside of your fridge. And, happily, you've also stumbled into asking exactly the right question: There IS a secret compartment in most refrigerators. It's called the drip pan, and it's just what it sounds like—a pan to catch drips. But, as you might imagine, it can also catch more than drips, leading to a pool of foul-smelling water over time. The drip pan is very likely the source of your smell situation.

For better results, we need to look at option number two: reducing the number of odor molecules floating around your fridge. Since you've already tried baking soda without a whole lot of luck, let's talk about why it does and does not work particularly well as an odor neutralizer.

If you have the impression that baking soda works by attracting bad smells and then systematically destroying them, you're not alone. But you're also wrong. Baking soda isn't a magic beacon for stinky molecules. Its reputation as an odor eliminator exists because it can capture and hold scents—a process scientists call adsorption.

Adsorption works by providing a surface on which smelly gaseous molecules can land and adhere. Compared to, say, the walls of your fridge, baking soda makes for a pretty decent, porous surface, but if you're keeping it in its box, its effects will be limited. For starters, it will need to be in close proximity to the source of your problem. And even then, the relatively small surface area doesn't have the kind of capacity you probably need to neutralize the smell.

One solution to this quandary is to decant small amounts of baking soda—say, an eighth to a quarter cup at a time—from the box to a plate or bowl in order to increase the surface area, and then replace it regularly. But that's a bit cumbersome, right?

So, if baking soda won't do a great job at keeping fridge smells at bay, what will? Don't give up on adsorption yet!

Enter activated charcoal, which also goes by the names active charcoal, active carbon, and activated carbon. Activated charcoal has a huge ratio of surface area to volume. To return to our ship metaphor, it's sort of like a marina, with slips for many, many boats packed efficiently in a very small space. In other words, it's great at trapping the offending odor molecules. It's available in brick form, as well as in sachets, though you can also DIY it by pouring loose activated charcoal into small cloth bags, or even a clean sock.

For many, the biggest drawback to activated charcoal is that it doesn't come cheap. At least, not the kind that's labeled for use in your fridge. But here's the thing: It's also commonly used for aquarium filters, and pet suppliers will sell it for a whole lot less. The activated charcoal marketed as an odor eliminator costs around 81¢ per ounce, while the same stuff marketed for aquarium filters will run you only 35¢ per ounce.

The tl;dr version of this is, essentially, that folk remedies like using baking soda (or white vinegar, or coffee grounds) to eliminate odors in the refrigerator may be nontoxic and exceedingly inexpensive, but they just don't work all that well. Fortunately, activated charcoal does work and, if you don't mind a small DIY effort, can be quite cost-effective if purchased loose and transferred into sachets. As a bonus, you can also use those sachets to clear the air, so to speak, in other areas of the home, like a stuffy closet or a musty basement, or—if we're being really honest with each other—the bathroom. 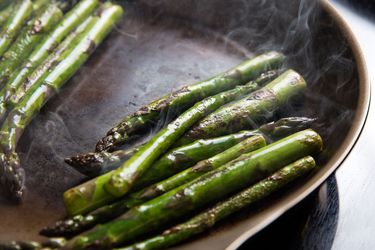 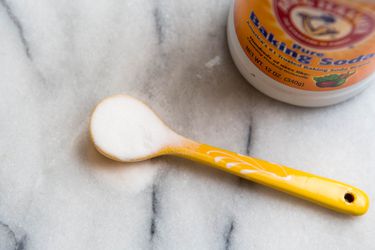 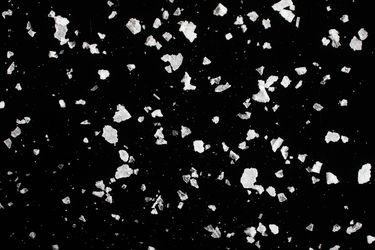 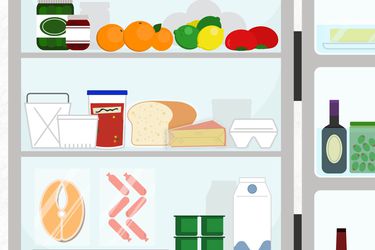