How to Fill a Piping Bag

Stella Parks
Editor Emeritus
Stella Parks is a CIA-trained baking nerd and pastry wizard, dubbed one of America's Best New Pastry Chefs by Food & Wine. She was the pastry editor at Serious Eats from 2016 to 2019.
Learn about Serious Eats' Editorial Process
1:07

How to Fill a Pastry Bag With Icing

If you don't use piping bags on a regular basis, handling them isn't always the most intuitive process. Ultimately, you're just putting stuff inside, but doing so without creating a huge mess can take a little practice—or at least a bit of explanation.

For this tutorial, I'll be using a disposable pastry bag (Kee-Seal is my go-to brand), but the same rules apply for canvas and durable plastic as well. Part of my preference has to do with the fact that the local health department banned canvas bags back in my restaurant days. But the truth is, they're also just so dang easy to use—no messy cleanup, no lingering odors, no mystery stains.

Whether you're a fan of disposables or classic canvas, if you're using a small piping tip, step one is to drop a coupler into the bag. It's not strictly necessary, but if your piping tip should happen to clog up, being able to detach it from the bag makes this a nonissue. With larger tips, you won't have this problem.

Push the coupler down to the end of the bag, and snip a small hole so that it can slide about halfway out. With either a disposable or a canvas bag, you'll want to cut the bag as little as possible to ensure a snug fit. Once the coupler or piping tip is secure, hold it steady in one hand and give the bag a twist.

Next, tuck the twisted portion into the coupler with your thumb.

This creates a secure but removable barrier between the bag and the coupler/piping tip, so you never have to worry about your filling escaping before you're ready—a particularly handy feature when it comes to runny royal icing. If you're using a small tip, go ahead and secure it to the coupler now.

Next, drop the piping bag into a tall pilsner or drinking glass, and fold the opening of the bag down around the glass.

With this setup, the bag will hold itself open, meaning you can use both hands to hold and scrape a bowlful of DIY Devil Dog batter, or whatever the case may be.

Rolling the bag down will also prevent any wayward splashes of frosting/batter/ganache from dirtying the opening and/or exterior of the bag, making the whole proposition less messy.

Unroll the folded portion of the bag, then gather up the excess canvas or plastic and twist until the bag meets the filling. Some folks like to seal the bag with a rubber band, chip clip, or piece of tape, but so long as you're mindful to keep the bag twisted shut, you don't need to take any extra precautions.

Ta-da! Now your piping bag is filled and secure, with zero risk of leaking.

If you're not ready to pipe, the bag can be left where it is; since it's twisted shut at either end, you won't have to worry about the filling drying out. When you're ready to start piping, hold the bag from the top and gently tug on the coupler/pastry tip to release the clog.

Gently squeeze from the top until the filling reaches the tip, and you're ready to rock 'n roll. Whether the top of the bag is secured with a clip, tape, or nothing at all, do be sure to keep twisting the bag as it empties, which will help you maintain steady pressure as you pipe. (As you might imagine, I'm something of a tyrant when it comes to handling a tube of toothpaste as well.)

It may take a bit of practice before you get the hang of piping itself, but until then, at least you'll have the assembly technique...in the bag. I'll show myself out. 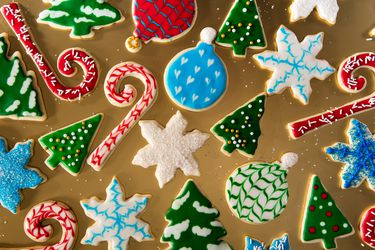 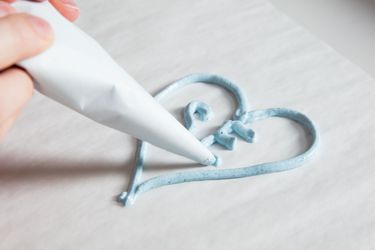 How to Make a Paper Piping Bag