Alright, alright. Tomato season's wrapping up, so this tutorial is a bit overdue, but there are still plenty of fantastic end-of-the-season tomatoes available (my favorite!), and usually at deep discounts. Even at the Union Square Greenmarket in New York City last weekend, great tomatoes were down to $2.50 a pound. Cheaper than those Canadian hothouse imports at the supermarket!

The real key to slicing tomatoes well is to have an extremely sharp knife. That's 90% of the battle right there. With a knife that's sharp enough, you should be able to simply drop the tomato on the upward-facing blade and have it split neatly in two.

So what if you don't have a perfectly sharp blade? Not to worry. There's a little trick to slicing a tomato with a slightly dull knife. Watch the video to find out.

Peeling tomatoes is necessary for more refined dishes where the papery texture and slightly bitter flavor of the skin are not desirable in the finished product. There are two ways to go about it:

As with most vegetables, look for tomatoes that seem heavy for their weight, like a water balloon. Fully ripe tomatoes should feel soft and brimming with juices—as if they'll pop if you squeeze them too hard.

Because tomatoes are so delicate, they can't be shipped over long distances when fully ripe. Instead, the tomatoes are picked from the vine when still completely green and treated with ethylene gas during transport. Ethylene is a gas that's naturally produced by vegetables which triggers the ripening process. By introducing it to the green tomatoes, it causes them to turn red prematurely. They may look bright red on the supermarket shelf, but their flavor is still that of an unripe green tomato—even the more expensive "vine-ripe" varieties.

That's why you can't find good tomatoes in the winter. Unless you live in regions where tomatoes grow year round, the only way to get a really good vine-ripened tomatoes is to wait until they grow near enough to you that they can be shipped fully ripened.

Tomatoes should always be stored with the stem-end facing down. It's the most stable position for the tomato, and also helps avoid excess evaporation out of the scar where the stem was removed. Your tomato will last about twice as long in this position.

Finally, never store your tomatoes in the fridge. It destroys an enzyme that improves the flavor of the tomatoes, and causes their texture to become irreversibly mealy (and for that matter, never buy tomatoes that are chilled). Tomatoes should be stored at cool, room temperature. If you need to store part of a tomato, wrap it in plastic and keep it at room temperature. Ripe tomatoes should be consumed within a couple of days of picking (if they can last that long!) 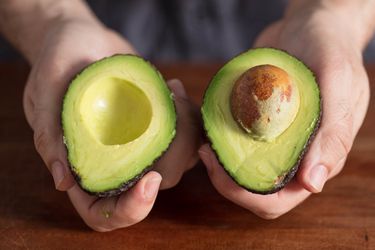 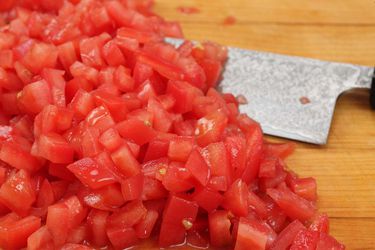 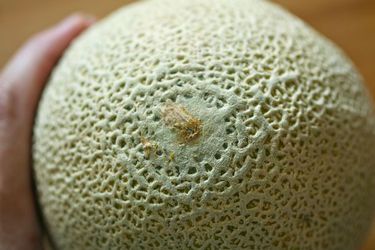 How to Cut a Cantaloupe | Knife Skills 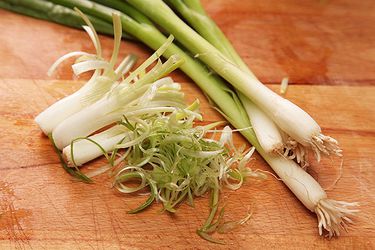 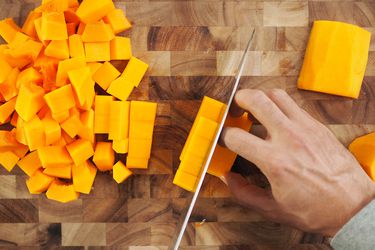