On the fourth Thursday of this November, families and friends across the United States will sit down to Thanksgiving dinner. And in restaurant kitchens from Boston to Baton Rouge, the cooks and the waiters, the busboys and the dishwashers, will remain standing.

They'll slice turkey with the crispiest skin and juiciest meat, meat that's far better than what most folks will be eating at home. The potatoes will have five times as much butterfat. The gravy will have no lumps. They'll juggle pans, finish sauces, yell, "Pick up!" and "Yes, chef!" and "How long for table five?!" while a little dot-matrix printer unleashes an unending torrent of orders, its falsetto machine-gun rasp announcing the hours-long crush they face.

I know all of this because I used to be one of those cooks. And working the Thanksgiving shift for five years straight is what eventually convinced me to quit the restaurant industry altogether.

To succeed in restaurants, you have to make peace with the fact that you're almost always on the clock when everyone else is having fun. There are other jobs that require such sacrifices—firefighters and police officers, doctors and security guards—but few professions force you to observe the revelry in quite the same intimate manner. Cooks, waiters, and bartenders literally have to stand and watch as their customers devour dry-aged steaks, seared scallops, pistachio mousse, and countless bottles of wine. Yes, it can be tough, but most of the time we're able to put jealousy aside and do what we're there to do: namely our jobs.

For several years I worked at a restaurant on the Upper West Side where the kitchen opened up to a bustling dining room. Each night I'd look out from my station and observe amorous couples on date nights, extended families celebrating birthdays and anniversaries, or ruddy-faced executives ordering up their third or fourth bottle of wine. Aside from the occasional urge to pull up a chair and join a table that was having a particularly good time, I mostly enjoyed my time in the kitchen, satisfied that I was helping to make such memorable nights possible for our customers.

But not on Thanksgiving. On Thanksgiving, I'd look into the dining room with envy as I watched families, large and small, gathering together, and wonder why I wasn't doing the same with my own. Yes, I did get one Thanksgiving off. But my grueling six-day-a-week schedule left me too exhausted to enjoy it. There's a photograph from that day, buried deep in a box somewhere, in which my family sits around a dining room table, the remnants of turkey meat and stuffing scattered about the serving dishes. Off to the side, you can see me passed out cold, my head resting next to my half-full plate.

One Thanksgiving, many years ago, I found myself feeling a profound sense of sadness as I listened to my customers' guffaws growing louder with each glass of wine. That night, more than any other, I resented the fact that I couldn't join in. Instead, I was stuck, sweating in my fire-retardant chef whites, working side-by-side with a guy who was getting progressively intoxicated on a powerful cocktail of alcohol, pills, and powder. A few months later, from what I recall, he was fired for urinating in one of our kitchen trash cans.

Why do I do this? I wondered to myself. But the answer was simple: I had to. Each year, more and more people were opting out of preparing their own Thanksgiving feasts, making the holiday one of the busiest nights of the year at many restaurants. In order to absorb the large crowds, most, if not all of the staff had to be on the schedule, like it or not. You either showed up for work or you quit. That's how it all worked. But was it worth it?

Throughout my time as a restaurant cook, people would always ask, "So, you want to open your own place someday?" Not once did I say "yes." I had a lot of reasons. I didn't love the idea of having to run a business on such low profit margins. I didn't want to deal with the stress of shelling out ungodly amounts of money to fix equipment that never stops breaking. I didn't want to wonder why one of my line cooks hadn't shown up to work for three days straight. (Answer: He's in jail.) But the thing about restaurant work that really got to me was the way it made me feel like an absentee member of my own life. I was never available for the important stuff. "Sorry, I can't make it to your birthday party; I'm working that night." "New Year's party? I can get there around 2 a.m. Maybe."

But nothing drove home that feeling of missing out on life more than Thanksgiving, a day when family members are supposed to gather together, laugh, eat, drink, and just, well, breathe. It took a while for me to get there, but standing in the kitchen that night alongside my blotto, and soon-to-be-fired, coworker I finally realized, This can't be my life. It was around that time that I started to hatch a plan for a new career in food writing.

Working Thanksgiving wasn't all bad, though. I learned some very cheffy tricks that no one else at my family celebrations can quite match. I can fully debone a turkey, then roll the white and dark meat into separate skin-wrapped packages, tie them tightly into cylinders with butchers' twine, then cook them and slice them into medallions with a ring of crackly skin around each one. I also learned that the world's most decadent stuffing is made by folding diced foie gras into cubes of toasted brioche.

This month, I'll pack that little bag of tricks up with me as I head eastward on the Amtrak to enjoy Thanksgiving with my father and my girlfriend's huge extended family in Boston. I'll make the dish they request of me every year—a chicken liver pâté—and once I'm done helping out in the kitchen, I'll pull up a chair with my family and friends and join in on the fun. I'll realize that I've finally gotten my priorities straight, and that alone is something to be thankful for. 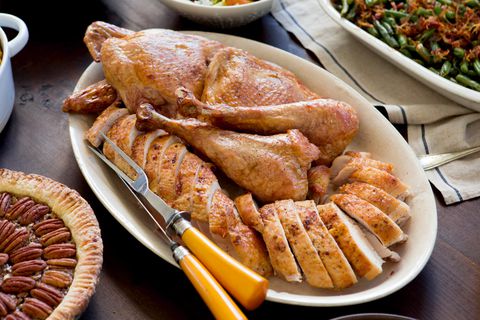 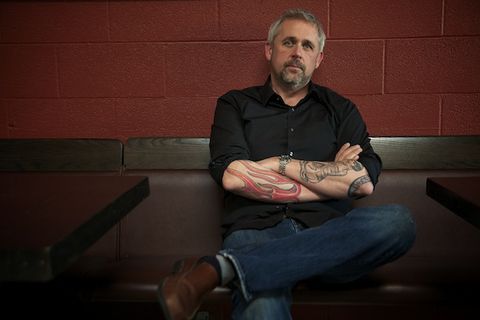 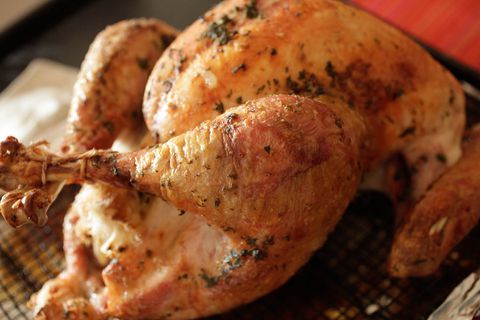 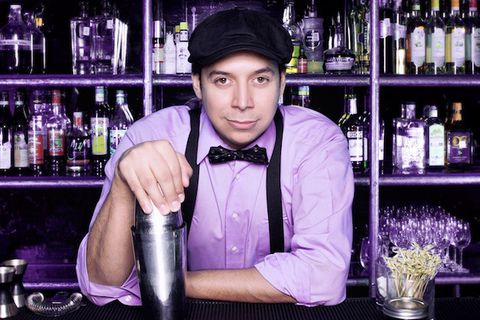 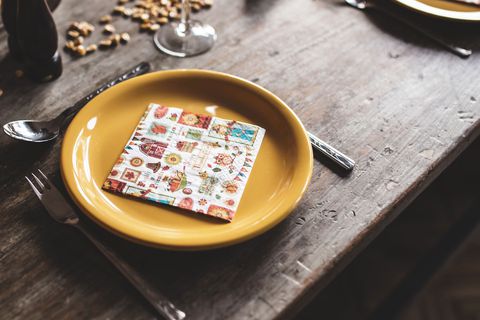 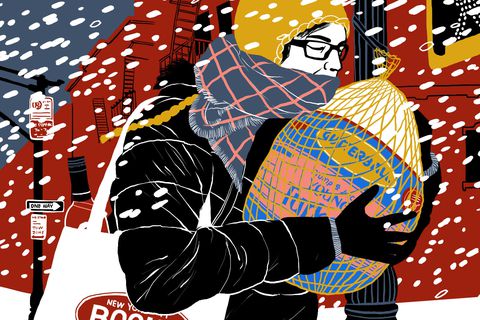 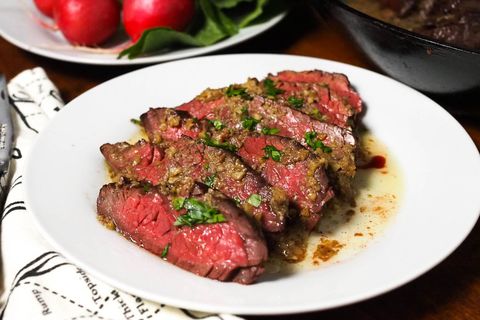 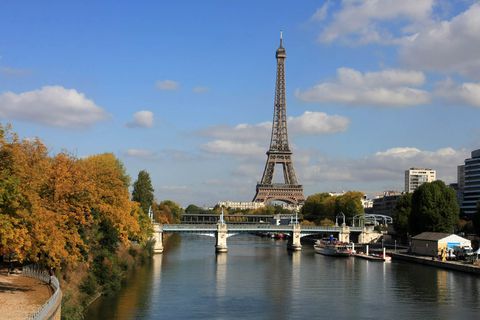 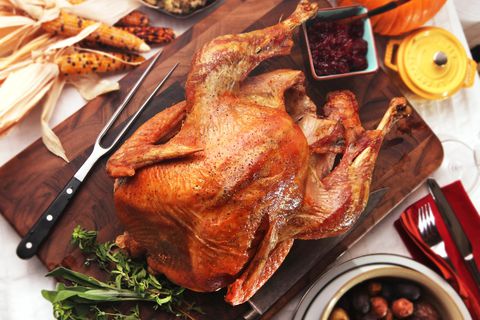 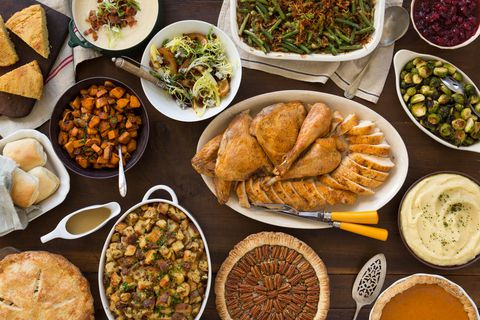 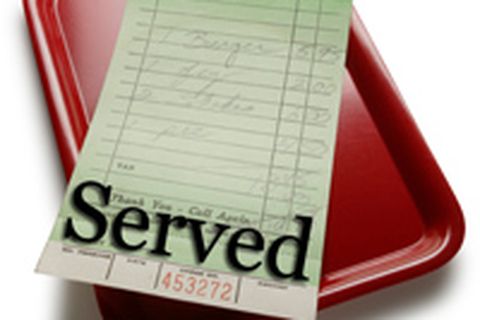 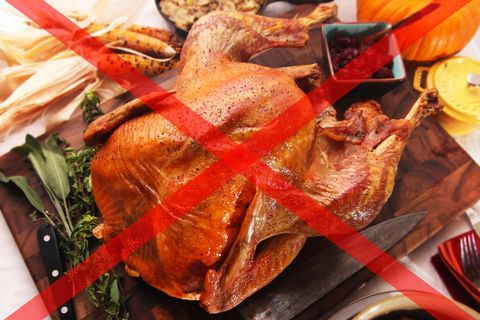